Goal: Based on the knowledge of genetic epidemiology of the population, use selective screening and evaluate its effectiveness in the treatment of metabolic catastrophes.

Materials and Methods: Classical genetic methods and modern analytical technologies were used. The work was carried out in accordance with the Unified Consolidated Program of Assistance to Families with Rare Hereditary Diseases. More than 12,000 initially diagnosed patients with suspected IER (Inborn errors of metabolism) are examined annually. The number of identified nosological forms ranges from 350 to 500 annually.

Stage 1. Metochondrial DNA haplotypes were studied in the population and among patients with IER. The population frequencies of polymorphisms of the genes of the enzymes of the phalate methionine cycles in the population with a high number of neurological, cardiac and thrombophilic diseases were determined. Genetic monitoring of congenital malformations, chromosomal diseases, diseases of the central nervous system, and universal neonatal screening of PKU, cystic fibrosis, hypothyroidism, adrenogenetic syndrome are carried out.

Stage 2. Selective international screening (Ukraine, Austria, Germany) of Gaucher, Popme, Fabry, MPS diseases is carried out. Regional screening for metabolic disorders of amino acids, organic acids are carried out in two perinatal centers and two regional children's hospitals. Early assistance to children with metabolic crises with suspected hereditary forms of IER made it possible to prevent the development, stop, or influence the outcome of catastrophes in the perinatal and early childhood period in 40% of patients with a developed catastrophe and in 80% of patients in the process of selective screening with metochondrial diseases, metabolic disorders amino acids, carbohydrates, vitamins, minerals, fatty acids, lysosomes and paroskis. 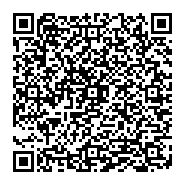