Review on the epidemiology of traumatic brain injury

Citation: Roberts I. Review on the epidemiology of traumatic brain injury. Neurophysiol Res. 2022;4(4):120

A primary cause of epilepsy, traumatic brain injury also has a high rate of morbidity and mortality. We want to know how often TBI occurs, which populations are particularly at risk, and how many people die from TBI. Injury is the leading cause of death in the United States and other industrialised countries for people under 45. This group's leading cause of disability, morbidity, and mortality is traumatic brain injury, which also accounts for a sizable fraction of all traumatic deaths in the United States.

Comparisons of studies are challenging, particularly within TBI patient subgroups, because to significant variations in study methodology, notably in case ascertainment and inclusion criteria. It is common knowledge that 200 TBIs occur in affluent nations for every 100,000 people who are at risk each year. Usually, this estimate only covers TBI patients who have been admitted to a hospital. Some studies do not account for medically unattended and Emergency Department (ED)-managed TBIs, which understates the frequency of milder TBIs and overstates the proportion of more severe TBIs [1]. Enhanced neuroimaging capabilities and stricter hospital admission procedures have led to a change in TBI management from an inpatient to an outpatient setting. Some studies do not count fatal TBIs that occur outside of a hospital, which undercounts both the most serious and fatal TBIs. In the United States, two studies of TBI in EDs employing a nationwide multistage probability sampling methodology have been conducted. From 1992 to 1994, Jager calculated the annual incidence of TBI-related emergency department visits at 444 per 100,000. Guerrero calculated an ED annual TBI incidence of 392 per 100,000 in 1995, omitting prehospital deaths, ED deaths, and hospital admissions [2].

Even though these studies included included patients treated just in the ED, the incidence estimates based on sampling procedures are not only inconsistent among themselves but also 2 to 3 times higher than those reported in Olmsted County or the Bronx. These differences cast doubt on the estimations derived from these sampling techniques. An unbiased doorto- door study that was done in six Chinese urban cities and reported the incidence of TBI. The poll discovered suspected TBI instances, which were later validated by a neurosurgeon's evaluation of the patient's medical records. A 56 per 100,000 incidence rate was predicted for 1982 [3]. The plan should have taken into account TBI, which would have missed fatal cases if it had been seen by a doctor. When compared to studies conducted in the United States, the low prevalence may be due to a society with few automobiles and few nonfatal acts of interpersonal violence. Traumatic brain injury is brought on by an external force that results in both an immediate mechanical damage of brain tissue and a series of delayed pathogenic processes that together cause extensive neurodegeneration. It is a heterogeneous disorder with a range in the type of brain damage, how the damage is distributed, and the methods of damage. The main injury to brain tissue may be diffuse or focal, with the relative severity of diffuse and localised trauma depending on the conditions of the event [4].

Direct head trauma is thought to result in primarily focal primary injury, cortical contusion, vascular injury, and haemorrhages accompanied by ischemia. In contrast, acceleration/deceleration forces are the source of diffuse brain injury, which is characterised by diffuse axonal injury. A cortical contusion with bleeding and disruption to the bloodbrain barrier typically results from this rat model in which an impact is administered to an intact dura. Microglia, astrocytes, the complement system, and neutrophils and macrophage invasion are all caused by inflammatory processes. Cortical spreading depression and delayed microcirculatory abnormalities have also been seen in this paradigm. The degree of the impact determines the pattern of posttraumatic cell death. Although the original injury is primarily focal, the cortical lesion's neuropil has shown signs of widely dispersed axonal injury [5].

TBI is a significant public health issue and a significant cause of epilepsy. We must comprehend the epidemiology of the illness if primary prevention is to be implemented. Age, socioeconomic status, and geographic location are the main determinants of TBI, thus any proposed therapies must be adapted accordingly. The incidence of TBI is thought to be between 180 and 250 per 100,000 people per year in the United States, according to population-based studies. Perhaps South Africa and Europe have greater incidence rates. TBI is more common in certain types of people. This applies to men and people who reside in areas with a low socioeconomic standing. Certain age groups are more vulnerable to TBI than others. The very young, teenagers and young adults, and the elderly are all included in this. Mortality varies according to severity but is higher in elderly people and those who have suffered serious injuries. 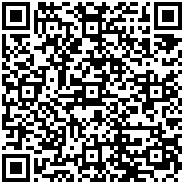