Review of the toxicity and immunotoxicology of mercury in marine and humans.

Citation: Lin W. Review of the toxicity and immunotoxicology of mercury in marine and humans. J Clin Immunol. 2022;5(6):127

Lead is a heavy metal that has been found to influence the immune system in humans and other species. Lead is a known developmental immunotoxicant. Lead exposure at low to moderate levels does not result in a significant loss of immune cells, in contrast to many other substances that have negative immunological effects. Contrarily, alterations brought about by lead exposure are minor at the level of the immune cell population but can nonetheless have severe functional effects. An obvious shift in the balance of T helper cell function toward T helper 2 responses at the expense of T helper 1 functions is a defining feature of lead-induced immunotoxicity.

The study of xenobiotics' toxicity and how it affects the immune system is known as immunotoxicology and is frequently abbreviated as ITOX. Industrial chemicals, heavy metals, agrochemicals, medicines, medications, UV radiation, air pollutants, and some biological materials are some hazardous substances that are known to affect the immune system. It has been demonstrated that these immunotoxic chemicals have an impact on both the innate and adaptive immune systems. Xenobiotic consequences damage the organ that first comes into contact with them (often the lungs or skin). Immunosuppression, hypersensitivity, and autoimmunity are among often observed issues that come from interaction with immunotoxic chemicals. The immunological dysfunction brought on by the toxin may potentially make people more susceptible to cancer [1].

In the 1970s, immunotoxicology research first started. However, the notion that some substances can negatively impact the immune system was not new; immune system changes brought on by contact poisons have been documented since ancient Egypt. When evaluating the efficacy and safety of products that are sold commercially, immunotoxicology has grown in importance. Guidelines and rules have been developed recently in an effort to control and reduce the use of immunotoxic chemicals in the manufacture of consumer goods, pharmaceuticals, and agricultural products FDA regulations, for instance, require that all medications be assessed for toxicity to prevent harmful immune system interactions, and thorough investigations are necessary anytime a drug manifests immune system-related side effects. When evaluating a substance's immunotoxic effects, scientists use both in vivo and in vitro methods [2].

Corticosteroids, radiation, heavy metals, halogenated aromatic hydrocarbons, pharmaceuticals, air pollution, and immunosuppressive medications are a few frequent substances that have been found to cause immunosuppression. These substances have been shown to trigger immune system regulatory gene alterations, which change the amount of vital cytokines, generated and may result in insufficient immunological responses to antigens when they are encountered. These substances are also known to destroy or harm bone marrow cells and immune cells, making it more difficult for the immune system to recognize antigens and mount effective immunological responses. [4]

Reduced IgM and IgG antibody levels, a sign of immunological suppression, can be used to quantify this. Some drugs also seem to modify T regulatory cells, which are crucial for maintaining the proper degree of immunological response. Granulocytes of the innate immune system have also been seen to be destroyed in the presence of some immunotoxic chemicals, leading to the uncommon condition agranulocytosis. Immunotoxic chemicals can weaken the immune system, which can reduce the efficiency of vaccines. Immunosuppressive effects of many drugs have been identified using in vitro T-lymphocyte activation tests. [5]

Asthma and other allergic or hypersensitive reactions are frequently linked to immunotoxic substances, and their prevalence is rising in industrialised nations. This is partially caused by the rise in immunotoxic chemicals. Nanomaterials, which are frequently ingested or absorbed through the skin, are well known for inciting hypersensitive reactions by activating immune cells. When a person comes into touch with chemicals in a professional, consumer, or environmental situation, they frequently come into contact with these nanoparticles. Poison ivy, scents, cosmetics, metals, preservatives, and pesticides are examples of substances that have a reputation for triggering a hypersensitive reaction. 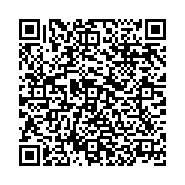