Moreover, neuro-inflammation that is initiated by microglia is responsible for refractory epilepsy which is not controlled by traditional anti-epileptic agents thus; many studies were conducted into the research for many neuronal pathways and mediators that may play a role in the epiliptogenesis [2].

PPAR have been regarded as a drug target for control of epilepsy through lift elevation of seizure threshold thus; PPAR-α agonist is of value in control of seizure frequency [3].

PPAR-α is a nuclear receptor encoded by PPAR-A gene, it was discovered by Stephen Green in 1990 when it regarded as potent proliferators of rodent peroxisomes thus it classified as class of hepato-carcinogens [4]. PPAR-α is necessary for ketogenesis during fasting and energy deprivation since; activation of PPAR-α increases mitochondrial fatty acid β-oxidation. Endogenous activators of PPAR-α are arachidonic acid, poly-unsaturated fatty acids and linoleic acid whereas exogenous activators are fibrate, herbicides and insecticides. Moreover, PPAR-α is highly expressed in tissues that oxidized fatty acids such as liver, kidney and small intestine [5].

Additionally, PPAR-α is regarded as a receptor for fibrates so; PPAR-α agonists have a role in the treatment of coronary heart disease, non-alcoholic fatty liver disease and play a role in prevention of epiliptogenesis [6].

Indeed, PPAR-α is also expressed in many brain regions which play an important role in prevention of nicotinic induced-dopaminergic neuron excitations ,since there is a significant interaction between PPAR-α and neuronal nicotinic receptors [7].

Many studies showed that PPAR-α agonist reduced seizure frequency that was induced by nicotinic receptor activations at pyramidal neurons due to modulation of tyrosinkinase and phosphatase enzymes which are involved in the neuronal currents. So, PPAR-α agonist like fenofibrate may be of value in control of refractory epilepsy. Animal model study illustrated that fenofibrate prevents pentylentetrazoleinduced convulsion due to modulation of presynaptic GABA neurotransmissions [8,9].

Therefore, chronic stimulation of PPAR-α by polyunsaturated fatty acids protect the cerebral neurons and prevent progressions of abnormal neuronal discharge which may explain the anti-seizure effect of ketogenic diets [10].

Additionally, PPAR-α agonist potentate the anti-epileptic effect of carbamazepine and lomatrigine at neuronal cholinergic nicotinic receptors via prevention of neuronal excitability and stabilization of neuronal membranes [11].

Morimoto et al., study showed that free radicals have been concerned in the development and progression of seizure due to lipid peroxidation that prevent the binding of polyunsaturated fatty acids to PPAR-α receptors thus; antioxidants like vitamin E possess a potential anti-convulsive effect in pilocarpin-induced seizure. Therefore, oxidative mediator like MDA is elevated while anti-oxidant potential is decreased following seizure which gives an idea about the implication of free radical in pathogenesis of epilepsy; these events are inhibited during bezafibrate therapy [13]. Consequently, bezafibrate add on valproate therapy prevent refractory epilepsy and progression of neurodegerative disorders through maintaining neuronal basement membrane.

Therefore, PPAR-α agonists should be selected in epileptic patients that have dyslipidemia as add on therapy. 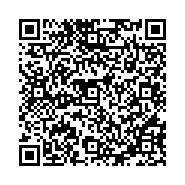