Human body is the biggest and most complicated asset on the earth. It is so, because human is regarded as the sophisticated mix of biological configuration created by the almighty. The emerging field of psychoneuroimmunology may serve as a platform for the multidisciplinary collaborations among psychology, immunology and neurobiology. Individual differences and patterns of personalities, coping styles, emotionality, as well as cognitive and behavioral responses have significant roles in immune-associated conditions and diseases [1]. The study of human health is imperative factor for digging depth in the biological system. Psychoneuroimmunology (PNI) is such a term which attracts attention of the health psychologists.

The origin of the term ‘psychoneuroimmunology’ can be traced back to 1975 when Robert Ader and Nicholas Cohen while working on classical conditioning, developed this term. The term has been popularized of late due to its growing significance. The recognition of the interdependence of the biological and psychological system and the connection it establishes with health and illness, led researchers to discover a new field of study called psychoneuroimmunology.

PNI is the field of study that examines how thoughts, perceptions, emotions and the coping styles we choose in response to our thoughts, perceptions and emotions for others [5]. PNI has made significant progress in understanding how psychological factors impact cancer [6]. PNI is based on the ability of the psychological state of an individual to influence his/her immune response, via nervous system. It’s a term created to emphasis and promote research that is interdisciplinary in focus and attempts to understand how mental functions affects immunological activities mediated via traditional neural connections [7]. The depression-associated inflammatory networks often have overlaps with physical disorders including asthma, rheumatoid arthritis, cardiovascular diseases, obesity, cancer, and neurodegenerative diseases [8]. PNI adheres to the view that all illness related with bacteria, viruses, immunity, emotional, behavioural, and psychosocial factors [9,10].

Our immune system stands guard against the intrusion of noxious attackers like bacteria, viruses, or any organism that threatens harm to our tissues of the body. It is a multi- armed tool for fine- tuning our biological responses, thus maintaining balance between our internal and external environment. It resolves the crisis of an invasion by fighting the interlopers, repairing the damage, and cleaning up the remnants of battle [11].

Social stressors can substantially elevate key stress hormones, including catecholamine and cortisol, and these hormones have multiple modulatory effects on immune function [5]. It is possible for a person to direct his or her thoughts to influence physical processes that are ordinarily considered to be beyond conscious control [12]. PNI is based on the ability of the psychological state of an individual to influence his or her immune system, via the nervous system; it has both positive and negative connections [13,14]. In practice the majority of PNI researches have been investigating the stress-health relationship and the extent to which environmental stressors and how psychological appraisal negatively impacts the individual’s wellbeing [15]. PNI emphasize and promotes the research to understand how mental (psychological) functions affect immunological activities mediated via neural connections [7]. 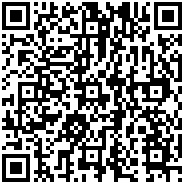