PREDATORY SUCKER WORMS ARE LEECHES AND ITS PROBOSCIS PROCESS

Leeches are segmented parasitic or predatory worms that are members of the Hirudinea subdivision of the phylum Annelida. They have segmented bodies that are soft and muscular and may lengthen and contract in common with the oligochaetes, which also includes earthworms. Both species are hermaphrodites and possess a clitellum; however, leeches differ from oligochaetes in that they have suckers on both ends of their bodies as well as ring marks that do not match their internal segmentation. The coelom, the roomy body cavity found in other annelids, is reduced to microscopic channels, and the body is muscular and reasonably substantial.

The aquatic Hirudinidae have a greater global distribution than the terrestrial Haemadipsidae, which are both mostly native to the tropics and subtropics and primarily feed on mammals, including people. The Piscicolidae, marine or freshwater ectoparasites that primarily infect fish, are a peculiar family with cylindrical bodies and typically well-marked, bell-shaped anterior suckers [1]. Not all leeches consume blood; the freshwater or amphibious Erpobdelliformes are carnivorous and have a rather big, toothless mouth to absorb insect larvae, molluscs, and other annelid worms, which are ingested whole. Leeches are prey to fish, birds, and invertebrates [2]. Under moist rain forests, land leeches are frequently found on the ground or in low foliage. They may be found on the ground in seepage-moistened areas in dry woodlands. The majority avoid swimming and cannot enter the water, but they can endure brief submersion. Some species hide underground in dry conditions where they can live for many months without any external water. The skin is entirely dry, the body is tight and hard, and the suckers cannot be distinguished.

Leeches have striking morphological similarities among themselves, in contrast to normal annelids, which are cylindrical with a fluid-filled cavity, the coelom. In leeches, botryoidal tissue, a loose connective tissue made up of collections of cells with mesodermal ancestry, fills the majority of the coelom [3]. There are now only four thin longitudinal canals left in the body cavity. The body is often dorso-ventrally flattened, tapering at both ends. The leech's body wall contains diagonal muscles in addition to longitudinal and circular muscles, which allows it to adopt a wide variety of body shapes and demonstrate exceptional flexibility. The majority of leeches have suckers on both their anterior and posterior ends, although some early species only have one at the back. The leech is a segmented animal like other annelids, however unlike other annelids, the segmentation is concealed by exterior ring patterns [4]. Both between species and between different body parts of the body, the number of annulations varies. The body wall is made up of a cuticle, an epidermis, and a thick layer of fibrous connective tissue, in which the powerful longitudinal muscles, circular muscles, and diagonal muscles are implanted.

Leeches move by using their longitudinal and circular muscles in a version of peristalsis, or self-propulsion by alternately contracting and expanding parts of the body, which is seen in other annelids like earthworms [5]. They advance by looping or inching along with the help of their back and anterior suckers, much like the caterpillars of the geometer moth. The circular muscles propel the anterior end peristaltically till it touches down and extends as far as it can before the anterior end is joined [6]. The substrate is then secured to the posterior end. The cycle is then repeated with the posterior end being released after being propelled forward by the longitudinal muscles after the anterior end has been released. Although a small percentage of patients experience severe allergic or anaphylactic reactions and need immediate medical attention, leech bites are often disturbing rather than harmful. Red spots or an itchy rash all over the body, swelling around the lips or eyes, a sense of faintness or vertigo, and breathing difficulties are all signs of these responses. 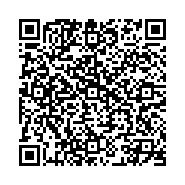