PREDATORS OF AQUATIC INVERTEBRATE ANIMALS AND ITS AFFECT ON SMALL ANIMALS

Bryozoa may be a phylum of little oceanic invertebrates that filter nourish with appendages lined with cilia. Most species are marine and live in tropical oceans, although numerous are in mild or cold oceans, and a few live in brackish or freshwater. Because of their numerous morphological similarities, phylactolaemate and gymnolaemate bryozoans are classified within the same Phylum Ectoprocta.

Colonies take variety of forms, including fans, bushes and sheets. Single animals, called zooids, live all through the colony and are not completely independent [1]. These individuals can have special and differing capacities. All colonies have autozooids, which are responsible for nourishing, excretion, and providing nutrients to the colony through different channels. A few classes have specialist zooids like incubators for fertilized eggs, colonial defence structures, and root-like connection structures. Each zooid comprises of a cystid, which gives the body divider and produces the exoskeleton, and a polypide, which holds the organs [2]. Zooids have no extraordinary excretory organs, and autozooids polypides are scrapped when they become overloaded with waste items; generally the body divider at that point develops a substitution polypide. Predators of marine bryozoans include ocean slugs, angle, ocean urchins, pycnogonids, shellfish, mites and starfish. Freshwater bryozoans are preyed on by snails, creepy crawlies, and fish. Numerous populations of one freshwater species have been wiped out by an introduced species of snail.

All species emit sperm into the water, a few moreover discharge ova into the water, whereas others capture sperm through their appendages to fertilize their ova inside. In a few species the larvae have huge yolks, go to feed, and rapidly settle on a surface. Others deliver larvae that have small yolk but swim and nourish for a couple of days before settling. After settling, all larvae experience a radical transformation that destroys and modifies nearly all the inner tissues. Bryozoans, phoronids and brachiopods strain nourishment out of the water by means of a lophophore, a crown of empty appendages. Bryozoans shape colonies comprising of clones called zooids. Brachiopods, for the most part thought to be closely related to bryozoans and phoronids, are recognized by having shells or maybe like those of bivalves [3]. All three of these phyla have a coelom, an inner cavity lined by mesothelium. A few encrusting bryozoan colonies with mineralized exoskeletons see very like small corals. However, bryozoan colonies are established by an ancestrula, which is circular instead of formed like an ordinary zooid of that species.

All bryozoans are colonial but for one bryozoan, All colonies contain feeding zooids, known as autozooids. Those of a few groups moreover contain non-feeding heterozooids, moreover known as polymorphic zooids, which serve a variety of capacities other than nourishing; colony individuals are hereditarily identical and co-operate, or maybe just like the organs of bigger animals [4]. What sort of zooid develops where in a colony is decided by chemical signals from the colony as an entire or sometimes in response to the fragrance of predators or match colonies. The basic shape of the crown may be a full circle. Among the freshwater bryozoans the crown shows up U-shaped, but this impression is made by a profound mark within the edge of the crown, which has no gap within the periphery of appendages [5]. The sides of the appendages bear fine hairs called cilia, whose beating drives a water current from the tips of the limbs to their bases, where it exits. Nourishment particles that collide with the appendages are caught by bodily fluid, and further cilia on the inward surfaces of the limbs move the particles towards the mouth within the center.

Bryozoan larvae change in shape, but all have a band of cilia circular the body which enables them to swim, a tuft of cilia at the top, and an cement sac that everts and stays them when they settle on a surface. A few gymnolaemate species create cyphonautes larvae which have small yolk but a well-developed mouth and intestine, and live as tiny fish for a considerable time some time recently settling. The great larger part of bryozoans are sessile. Ordinarily, sessile bryozoans live on difficult substrates including rocks, sand or shells. Encrusting forms are much the commonest of these in shallow oceans, but erect forms becomes more common as the depth increases. 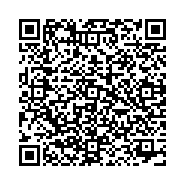