POLYCHAETES WITH SENSORY PALPS AND ITS REPRODUCING WAYS

Polychaetes, often known as bristle worms or polychaetes, are a class of typically marine annelid worms. Each body segment contains two fleshy projections called parapodia that are covered in many chitin-made bristles called chaetae. Marine worms known as polychaetes, which also include rag worms, lugworms, bloodworms, sea mice, and other species, are distinguished by their clearly distinct body segments. Most polychaete body segments have a pair of parapodia with setae, or small bristles, making them unique among annelids. The majority have multiple setae, well-developed sensory organs, and paired, paddle-like appendages. The heads of polychaetes are often well-developed, frequently sporting well-developed eyes, antennae, and sensory palps.

As a group, polychaetes are strong and ubiquitous, ranging from species that can survive in the deepest parts of the ocean's abyssal plain to forms that can withstand the extremely hot temperatures found close to hydrothermal vents. They may occasionally have vivid colours and be iridescent or even luminous [1]. Each segment has two highly vascularized parapodia that resemble paddles and are used for locomotion and, in many species, serve as the worm's main respiratory surfaces. The parapodia project chaetae, or bundles of bristles. Polychaetes, on the other hand, deviate greatly from this generalised pattern and can exhibit a variety of distinct body shapes [2]. The polychaetes that crawl along the bottom are the most universal, but others have evolved to a wide range of ecological niches, including as burrowing, swimming, pelagic life, tube-dwelling or digging, commensalism, and parasitism, necessitating diverse changes to their body shape. In comparison to other annelids, the head, or prostomium, is relatively well developed. The mouth, which would otherwise be on the animal's bottom, projects forward over it. Most species have two to four pairs of eyes in the head, however others are blind [3].

Simple columnar epithelium with a thin cuticle covering makes up the body wall's outside. A thin layer of connective tissue, a layer of circular muscle, a layer of longitudinal muscle, and a peritoneum enclosing the body cavity are all found underneath this. Added oblique muscles are used to move the parapodia. The bodily cavity is often segmented into distinct compartments by sheets of peritoneum, however in some species it is more continuous [4]. Since polychaetes include predators, herbivores, filter feeders, scavengers, and parasites, their mouths vary in shape and are situated on the peristomium, the portion of the body behind the prostomium. However, they often have a set of jaws and a quickly everting pharynx that enable the worms to seize food and draw it into their mouths. The pharynx of some species has been transformed into a long proboscis. For excreting waste, polychaetes have a variable number of protonephridia or metanephridia, some of which can have a quite complex structure. Additionally, the body has greenish chloragogen tissue, resembling that of oligochaetes, which is thought to act in metabolism similarly to the liver of vertebrates [5].

The circulatory system is normally simple but well-developed. The parapodia and the gut are supplied by lesser vessels from the two major blood vessels. The dorsal vessel, located above the gut, carries blood forward, and the ventral vessel, located beneath the gut, carries blood back down the body [6]. Most species do not require a heart because the blood arteries themselves can contract and move the blood along. Any one of three distinct respiratory pigments, or neither, may be present in the blood. The most prevalent of them is haemoglobin, although certain groups also have hamemerythrin or chlorocruorin, which has a green colour. A single or double ventral nerve cord that runs the length of the body, with ganglia and a number of tiny nerves in each segment, makes up the nervous system. In comparison to other annelid brains, this one is quite large and is located in the top of the head. A reproductive process appears to be aided by an endocrine gland that is connected to the ventral posterior surface of the brain. On the body, in addition to the sensory organs on the head, there are additionally photosensitive eye spots, statocysts, and several more sensory nerve endings, most likely related to the sensation of touch. 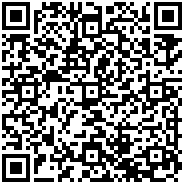