Nanobiotechnology has grown rapidly and become an integral part of modern disease diagnosis and treatment. Biosynthesized silver nanoparticles (AgNPs) are a class of eco-friendly, costeffective and biocompatible agents that have attracted attention for their possible biomedical and bioengineering applications. Like many other inorganic and organic nanoparticles, such as AuNPs, iron oxide and quantum dots, AgNPs have also been widely studied as components of advanced anticancer agents in order to better manage cancer in the clinic. AgNPs are typically produced by the action of reducing reagents on silver ions. In addition to numerous laboratory-based methods for reduction of silver ions, living organisms and natural products can be effective and superior source for synthesis of AgNPs precursors. Currently, plants, bacteria and fungi can afford biogenic AgNPs precursors with diverse geometries and surface properties. In this review, we summarized the recent progress and achievements in biogenic AgNPs synthesis and their potential uses as anticancer agents. Cancer is one of the leading causes of mortality, resulting in one in six deaths (or 9.6 million people) in 2018 alone; however, 70% of deaths from cancer occur in middle- and lowincome countries. Surgery, chemotherapy, radiation therapy and hormone therapy are the most common approaches for cancer treatment and management. 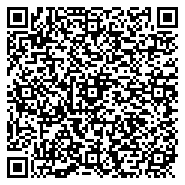