PEDICEL REFLECT ABSENT IN THE SOLIFUGAE WITH TAGMATA

Solifugae is an order of animals within the class Arachnida known variously as camel spiders, sun spiders, and wind scorpions. The common names, they are not one or the other true scorpions nor true spiders. Most species of Solifugae live in dry climates and nourish craftily on ground dwelling arthropods and other little animals.

The spider order Araneae, the body arrange of the Solifugae has two primary tagmata, the prosoma, or cephalothorax, is the front tagma, and the segmented abdomen, or opisthosoma, is the back tagma. As appeared within the illustrations, the solifuge prosoma and opisthosoma are not isolated by about a clear a constriction and connecting tube or pedicel as occurs in Araneae [1]. The lack of the pedicel reflects another contrast between the Solifugae and spiders, specifically that solifuges lack both spinnerets and silk, and don't turn webs. Insects require significant mobility of their abdomens in their spinning exercises, and the Solifugae have no such adaptation.

Like other arachnids exterior the orders of scorpions and the Tetrapulmonata, the Solifugae lack book lungs, having instead a well-developed tracheal system that inhales and exhales air through a number of spiracles one match between the second and third match of walking legs, two sets on the guts on stomach segments three and four, and an unpaired spiracle on the fifth stomach segment. As embryos they too have opisthosomal bulges resembling the aspiratory sacs found in a few palpigrades [2]. The prosoma comprises the the mouthparts, head, and the somites that bear the legs and the pedipalps. Though it isn't part into two clear tagmata, the prosoma does have a large, generally well defined front carapace, bearing the animal's eyes and two chelicerae that, in most species, are prominently large, whereas a littler posterior area bears the pedipalps and legs. The chelicerae serve as jaws and in numerous species also utilized for stridulation.

The elements work the same way as in most other arachnids. The Solifugae appear to have five sets of legs, as it were the hind four sets are genuine legs, each genuine leg has seven portions. The primary, or front, of the five sets of leg-like members are not genuine legs, but pedipalps, and they have only five portions each. The pedipalps of the Solifugae work mostly as sense organs similar to insects antennae, and partly in locomotion, feeding, and battling. In normal movement, they don't touch the ground, but are held out to identify impediments and prey; in that state of mind, they see especially like an additional match of legs or maybe arms [3]. Reflecting the great dependence of the Solifugae on their tactile senses, their anterior true legs commonly are littler and thinner than the back three sets. That littler anterior pair acts largely in a tactile part as a supplement to the pedipalps, and in numerous species they appropriately need tarsi [4].

Some species have very huge central eyes. They look like basic eyes or ocelli, but are very advanced. They can perceive shapes, and are used in hunting and avoiding foes. These eyes may represent the final step within the integration of the total of basic ocelli into a compound eye, and of further integration of a compound eye into a simple eye. Males are generally littler than females, with generally longer legs [5]. Varying from the males bear a pair of flagella one on each chelicera.

Solifugae species are carnivorous or omnivorous, with most nourishing on termites, darkling beetles, and other little, grounddwelling arthropods. They are aggressive hunters and voracious opportunistic feeders, and have been recorded as feeding on snakes, little reptiles, fowls, and rodents. Prey is found with the pedipalps and killed and cut into pieces by the chelicerae. The prey is then melted, and the fluid ingested through the pharynx. The Solifugae are considered to be endemic markers of desert biomes, they happen broadly in semidesert and clean. A few species also live in prairie or woodland environments. The Solifugae by and large occupy warm and arid living spaces, including essentially all warm deserts and scrublands. 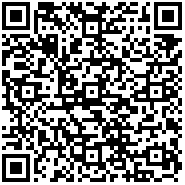