With the exception of termites, all Blattodea members fall under the paraphyletic category of cockroaches. Due to their lack of specific adaptations and generalist nature as chewing insects, cockroaches are among the most basic living Neopteran insects. Modern cockroaches are not thought to be a monophyletic group because genetic research has revealed that termites are deeply nested within the group, with some cockroach groups having closer genetic ties to termites than to other cockroach groups. It's possible for different bacteria to merely be carried on an insect's cuticle or to be consumed and then subsequently regurgitated or expelled. Additionally, cockroaches and their digestive tracts have been the source of a number of species of important bacteria for public health.

Cockroaches are among the most primitive extant neopteran insects because they are generalist insects with few particular specialisations. Most species are reddish-brown to dark brown, and they have a small head and a broad, flattened body. They have two ocelli, long, flexible antennae, and big compound eyes [1]. The mouthparts are located on the bottom of the head and consist of numerous touch and taste sensors, generalised chewing mandibles, and salivary glands. The body is split into a three-segment thorax and a ten-segment abdomen. The outer surface is protected by a hard exoskeleton formed of calcium carbonate, which also acts as a point of attachment for the muscles [2]. The outer exoskeleton is waxed to make it water-resistant. The wings are linked to the second and third thoracic segments. The tegmina, or first pair of wings, are strong and protective, acting as a shield for the membranous hind wings, which are used for flight. All four wings include numerous cross veins in addition to branched longitudinal veins. The abdomen is divided into ten segments, and each segment has two spiracles [3].

Cockroaches are sociable insects; a sizable proportion of species exhibit gregarious behaviour or a propensity to congregate, while a slightly lesser proportion show parental care. Cockroaches were once considered to congregate because they were responding to environmental cues, however pheromones are now understood to play a role in these activities. Some species use glands on their mandibles, while others use gut microbial symbionts to secrete these in their faeces. Because the cuticle releases pheromones, cockroaches may be able to distinguish between different populations of cockroaches by scent [4]. Cockroaches employ pheromones to attract females, and the males exhibit courtship behaviours like stridulation and posturing. When mating, cockroaches turn away from one another and make touch with one other's genitalia. Copulation might take a very long time. Several species, known as parthenogenetic species, are capable of reproducing without the assistance of males.

Female cockroaches can have egg casings on the tip of their abdomens. Even though there have been a few live births, she throws the capsule away before the egg hatches. The egg capsule can take up to five hours to lay and is initially brilliant white in colour. The eggs hatch due to the combined pressure of the hatchlings gulping air [5]. The hatchlings start out as bright white nymphs and continue to fill themselves with air for around four hours before they start to harden and darken. Claims of albino cockroaches have arisen as a result of their brief white stage during moulting and subsequent hatching. It takes three to four months for an egg to develop into an adult. Other cockroach species, however, have far higher egg production rates; in certain cases, a female only has to be fertilised once in order to have the ability to lay eggs for the rest of her life. Numerous diseases can be carried by cockroaches. However, they do not directly transmit diseases like mosquitoes do. Instead of through cockroach bites, transmission happens indirectly, through eating or contact with objects that have been infected.

The germs that cause gastroenteritis, dysentery, salmonellosis, and campylobacteriosis are thought to be carried by cockroaches [6]. As they are storage of disease-causing organisms rather than disease-vectors, cockroaches can transfer infections through their droppings and saliva as well as through direct touch. Cockroaches can also set off asthma attacks and other sensitivities. Cockroaches can spread dangerous infections through their droppings as a result of their unhygienic eating practises. An organism will enter a cockroach's digestive tract when it consumes something contaminated, like raw chicken or animal excrement. The organism may then go dormant. After that, the infection will be expelled in cockroach droppings, where it can contaminate food and surfaces. You might find poop under your kitchen counters and behind kitchen drawers. 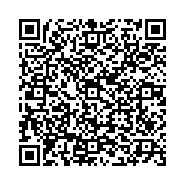