Overview of immunology and immunopathology

the Department of Immunology

Innate immunity and adaptive immunity are the immune system's two main lines of defence against infections in addition to structural and chemical barriers. The initial immune defence against an invasive infection is innate immunity. It is a quick immunological reaction with no immunologic memory that is started days or hours after aggressiveness. Contrarily, adaptive immunity is antigen-dependent and antigen-specific; it has the ability to form memories, allowing the host to generate a more effective immune response when exposed to the antigen again. The adaptive immune system and its innate counterpart work very closely together, and flaws in either system can lead to illness or disease such unwarranted inflammation, autoimmune illnesses, immunodeficiency disorders, and hypersensitivity reactions.

The term "immune system" refers to a group of cells, substances, and mechanisms that work to defend the skin, nasal passages, intestinal tract, and other areas against external antigens like microbes, viruses, cancer cells, and poisons. Innate immunity and adaptive immunity can be conceptualised as the immune system's two "lines of defence" in a simplified manner. The initial line of protection against an invading infection is innate immunity. It is a defence mechanism that the host employs shortly after coming into contact with an antigen or within hours of doing so. It is antigen-independent. Since the innate immune system lacks immunologic memory, it is unable to identify or "recognise" the same pathogen so why would the body come into contact with it again in the future. The duration between exposure to the antigen and the maximum response occurs more slowly in adaptive immunity because it is antigen-dependent and antigen-specific [1].

The major histocompatibility complex, a collection of proteins, is expressed on the surfaces of APCs. Class II MHC, also known as HLA DP, DQ, and DR, are only present on specific immune system cells, such as macrophages, dendritic cells, and B cells. Class I MHC, also known as human leukocyte antigen [HLA] A, B, and C, are found on all nucleated cells. Endogenous peptides are delivered to T cells by class I MHC molecules, whereas exogenous peptides are delivered to T cells by class II molecules on APCs. When a cell possesses an intracellular pathogen, such a virus, or has phagocytosed foreign genes or organisms, the MHC protein exhibits pieces of antigens (peptides). After migrating, T cells mature in the thymus and are derived from hematopoietic stem cells in the bone marrow. These cells produce a variety of distinct antigen-binding receptors known as T-cell receptors on their membrane (TCR). If the right signals are given to a T cell, which only expresses one type of TCR, it can rapidly divide and differentiate. As was already established, in order for T cells to detect a particular antigen, they need the assistance of APCs mostly dendritic cells, but also macrophages, B cells, fibroblasts, and epithelial cells[2].

Immunity mediated by cells against antibodies

The portion of the acquired immune system that is mediated by the development of B-cell antibodies is known as antibody-mediated immunity. The antigen-binding receptor on the B cell first identifies and attaches to the antigen in its original state to start the antibody-production cascade. Th cells in the area release cytokines that support B cell growth and regulate the type of antibody that will eventually be generated. Some cytokines, such IL-6, aid in the development of B-cells into plasma cells that secrete antibodies. Antigen-specific cytotoxic T cells that trigger apoptosis in cells displaying foreign antigens or derived peptides on their surface, such as virus-infected cells, cells with intracellular bacteria, and cancer cells showing tumour antigens, are examples of cell-mediated immunity that does not involve antibodies. Instead, it protects an organism by: Activating macrophages and NK cells to enable them to destroy intracellular pathogens and the induction of cytokine synthesis, which further facilitates an efficient immune response, Microbes that attack non-phagocytic cells as well as those that survive in phagocytes, are the main targets of cell-mediated immunity. This sort of immunity can help in the fight against fungus, protozoa, malignancies, and intracellular bacteria, but it is most efficient in destroying virus-infected cells and cancer cells. Additionally, a significant factor in transplant rejection is cell-mediated immunity[3].

Immunodeficiency is a disease in which the immune system's capacity to combat infectious diseases is significantly reduced or non-existent. Immunodeficiency disorders can be caused by a primary genetic defect, which can affect innate or acquired immune function by inhibiting specific immune cells or pathways, or they can develop from a secondary cause, such as bacterial or viral infections, malnutrition, autoimmunity, or medication that causes immunosuppression. Leukaemia and multiple myeloma are two illnesses that can affect the immune system either directly or indirectly. A hallmark of acquired immunodeficiency syndrome, which is brought on by the human immunodeficiency virus, is immunodeficiency. HIV directly infects Th cells and indirectly weakens other immune responses [4].

The first immunological, general defence against pathogens is called innate immunity. A number of cells, including phagocytes, mast cells, basophils, and eosinophils, as well as the complement system, mediate this quick immune response, which happens minutes or hours after aggression. In order to combat infectious organisms, innate immunity and adaptive immunity co-evolve. Adaptive immunity depends on the carefully controlled interactions of T cells, APCs, and B cells. The development of immunologic memory, or the capacity of the system to learn from or store its experiences with different pathogens, is a crucial aspect of adaptive immunity. This memory enables the body to mount efficient and quick immune reactions in response to future exposure to the same or similar pathogens. 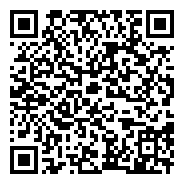