NEW LOCALITY OBSERVED OF SPIDERS WITH DESCRIPTIONS FROM SOUTH INDIA

Spiders form the seventh largest animal order in terms of numbers of known species and are common predatory arthropods in all terrestrial and many aquatic ecosystems. This is the most diverse, female?dominated and entirely predatory order in the arthropod world. In this paper we record the presence of five rare spider species namely are Anarrhotus fossulatus, Cyclosa insulana, Philodromus vulgaris, Philodromus rufus, Tamopsis brisbanensis and one phasmidae species (stick insect) recorded from five falls in coutrallam, Tamilnadu state, India.

Spiders are one of the most fascinating and diverse invertebrate animals in the world. A total of 44,540 species of spiders belonging to 3,924 genera of 112 families have been described all over the world [1]. A total of 2,299 species of spiders under 67 families have been reported from South Asia, of which, from India 1,442 species in 59 families were reported [2,3]. Spider assemblages vary wildly between sites in different biomes. However, spiders and their role as one of the main predator taxa in all terrestrial ecosystems are ubiquitous. They are good indicators of the fluctuating weather condition and changes in their diversity aid to evaluate the condition of habitats [4,5].

However, a very little documentation has been done on spider diversity of in western hots, part of Tamilnadu. Hence, the present study was under taken to study the rarely recorded species.

The spiders were observed from photographs taken in five falls (8°55′55″N 77°16′09″E/8.93194°N), in coutrallam, Tenkasi district, Tamilnadu. It’s wonderful and one of the tourism place of Tamilnadu. The recorded spiders and stick insect detailed mention in (Table 1).

Anarrhotus is a genus of jumping spiders. The only described species Anarrhotus fossulatus is endemic to Malaysia. It is one of several monotypic genera from Southeast Asia where, despite their first description dating back more than a hundred years, there are no habitat details, although genital and sometimes other drawings are now available for several of them. Anarrhotus is only known from a single male specimen, the pedipalp of which was drawn by Proszynski [6]. The original describer Eugène Simon put the genus close to Pancorius. The male is 6 mm long. The spider species of Anarrhotus fossulatus, [7] (Figure 1). In this record of near five falls in coutrallam, Tenkasi district, Tamilnadu state, India. Cyclosa insulana ranges from the Mediter- ranean to Australia. We carried out our ?eld work in Cimbu Province, Papua New Guinea between 20–31 August 1995. Our ?eld site was located at the Wara Sera Research Station, 10 miles northeast of the village of Haia and approximately 2286 m above sea level. We found C. insulana under the eaves of two buildings in areas measuring approximately 3 3 20 3 15 m and 2 3 6 3 6 m. We characterized C. insulana webs by measuring (1) web diameter from the two widest points (from the top of the orb to bottom), (2) stabilimentum length and by counting (3) the number of radii and sticky spirals of the webs of 39 adult females and juveniles. Adult males were seen only during courtship on the web of a single adult female. The radii and sticky spirals were numerous and tightly woven, so we counted them twice independently and averaged our ?ndings for each web. Webs that were damaged to a point where we could not accurately assess diameter, number of radii and rings or stabilimentum length were not used in our analyses for that character [8].

Here we describe the characteristics of the linear stabilimentum in a population of C. insulana in Papua New Guinea. We provide detailed measurements of web characteristics and a small manipulative test of the aposematic (i.e., ‘‘web advertisement’’) function for stabilimenta. We also compare some unique observations of their mating behavior to those of a previous report [9]. Philodromus vulgaris is a species of spider, commonly called the longlegged crab spider, in the genus Philodromus found in the USA and Canada. Males of this species have an immature female R vulgaris was found feeding nearly truncate (sometimes pointed) retro-on an immature theriidid spider, Steatoda lateral tibial apophysis, and one or two swell-trianguIosa (Walck), in the prey's web. The ings at the base of the embolus. If two swell-philodromid subsequently molted to maturity on 7 September 1994 level. Females have deep longitudinal folds on in Lauderdale, a penultimate male the dorsal surfaces of the copulatory tubes P. wtlgaris was observed feeding on a ik_male [11,12].

Biology: In Minnesota, this species over win rocks, Lake Erie islands, Ohio; ters as subadults; both penultimate males and on jack pine, P/nus banksiana Lamb., in females collected in early spring molted to Manitoba; collected maturity in April and May. Immature females from trees and shrubs in Nova Scotia; in apple orchards of Ontario; and taken by beating net on ponderosa pine, P/nus ponderosa Laws. In North Dakota, in this species Philodromus vulgaris, (Figure 3) from recently observed in Coutrallam falls in Tenkasi district, Tamilnadu, India. The origin of the genus Tamopsis is obscure, because no reliable information is available on the hersiliid fauna of neighbouring areas (New Guinea, south-eastern Asia). Phylogenetic and zoogeographicalevidence, however, suggests that both higheyed and low-eyed lineages originated in northern Australia. Perhaps the high-eyed lineage originated in or immigrated into northernmost Northern Territory, and the low-eyed lineages in northern Queensland. Within the urnhemensis-circumvidenstropica lineage, as well as in the daviesi-queenslandica and the platycephala lineages, migration proceeded in a clockwise direction from the Northern Territory and northern Queensland respectively, through eastern Australia to south-western Australia and, in the tropica group, eventually to north-western Australia, where today the most derived Tamopsis species lives. The independent migration of species of different lineages probably explains the rich and diverse Tamopsis faunas in southeastern Queensland and eastern New South Wales, as well as in south-western Australia. Both regions can be regarded as major centres for evolution of Tamopsis.

Tamopsis brisbanensis is a species of spider in the family Hersiliidae, found in Australia (Queensland, New South Wales). It is sometimes called the Brisbane two-tailed spider.It is one of a large number of new Tamopsis species described by Barbara Baehr and Martin Baehr between 1987 and 1998, (Figure 4). Here, found that species near five falls in coutrallam, Tenkasi district, Tamilnadu state.india. Habitat: Forests and woodlands. P. rufus Walckenaer 1826, are very similar morphologically. Further, P. rufus comprises three subspecies in this region, and others in the Palearctic. About a decade ago it became apparent that an undescribed Philodromus occurred in northeastern Kansas. While genitalically indistinguishable from P. rufus, its color pattern was strikingly different from that of any member of the P. rufus group, and is closer to that of some members of the P. aureolus group, such as P. keyserlingi Marx 1890. More specimens have become available since then from the south central and south-eastern parts of the United States. Because the genitalia are identical to those of the other subspecies of P. rufus, and the males vibrate the front legs during courtship, it is appropriate to describe this taxon as a subspecies, since the currently known distribution is allopatric to that of any of the other sub species. We report the first time record of P. rufus, from five falls in tenkasi district, TamilNadu (Figure 5). The leaf and stick insects are sometimes grouped as a family or suborder of Orthoptera. All species are herbivores. As the name “walkingstick” implies, most phasmids are slender, cylindrical, and cryptically colored to resemble the twigs and branches on which they live. Members of the family Timemidae (=Phyllidae) bear a strong resemblance to leaves: abdomens are broad and flat, legs have large lateral extensions, and coloration is primarily brown, green, or yellow. Most walkingsticks are slow-moving insects, a behavior pattern that is consistent with their cryptic lifestyle. In a few tropical species, the adults have well-developed wings, but most phasmids are brachypterous (reduced wings) or secondarily wingless. Stick insects are most abundant in the tropics where some species may be up to 30 cm (12 inches) in length. Females do not have a well-developed ovipositor so they cannot insert their eggs into host plant tissue like most other Orthoptera. Instead, the eggs are dropped singly onto the ground, sometimes from great heights.

Appearance of immatures and adults

In temperate zones, walking sticks are seldom abundant enough to cause injury to their host plants. In the tropics, however, some species have been known to defoliate forest trees and cause economic losses to shrubbery and shade trees.

Most walkingsticks are slow-moving insects, a behavior pattern that is consistent with their cryptic lifestyle. In a few tropical species, the adults have well-developed wings, but most phasmids are brachypterous (reduced wings) or secondarily wingless. Stick insects are most abundant in the tropics where some species may be up to 30 cm (12 inches) in length. Females do not have a welldeveloped ovipositor so they cannot insert their eggs into host plant tissue like most other Orthoptera. Instead, the eggs are dropped singly onto the ground, sometimes from great heights. 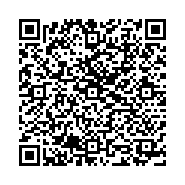