Network meta-analysis of the effectiveness of various drugs in preventing allergic hypersensitivity in patients after anesthesia.

Objective: To explore the effect of different drugs on postoperative hyperalgesia in general anesthesia patients.

Methods: A randomized controlled trial was conducted to detect the hyperalgesia of patients with general anesthesia from PubMed, Embase, Medline, CNKI and Wanfang databases. The visual analogue scale (VAS) assessment of hyperalgesia patients after anesthesia was extracted as well as the effects of various prophylactic agents on the incidence of side effects in postoperative patients. Multivariables meta-analysis was performed by Stata 14.0 software to explore the effectiveness of various drugs in preventing postoperative hyperalgesia and side effects.

Results: A total of 12 articles included 983 patients were included in this study. The results showed that the selected drugs had a certain effect on the prevention of hyperalgesia after anesthesia, but the incidence of side effects caused by dexmedetomidine and diazepam was the lowest.

Conclusion: From the prevention of hypersensitivity after anesthesia and reduce the incidence of postoperative side effects, it is recommended that the clinical preferred dextromethorphan, followed by the selective application of diazepam or flurbiprofen ester.

Opioids have a good analgesic effect for moderate to severe pain. Remifentanil is an ultramicro-opioid receptor agonist commonly used in clinical anesthesia, having such advantages as rapid onset, no liver and kidney metabolism, and strong controllability. However, its continuous administration to patients is easy to cause hyperalgesia after anesthesia and other adverse reactions [1]. Moreover, experimental studies have reported that opioids may cause increased susceptibility to detrimental stimuli, a sensory response to harmless irritation, that is, abnormal pain; prolonged exposure to opioid effects will prolong the duration of hyperalgesia [1-3]. A similar phenomenon also exists in opioid tolerant patients. For example, if remifentanil is administered at a constant rate for volunteers with analgesic tolerance, the duration of pain allergy is prolonged by about one hour [4]. Therefore, how to effectively prevent hyperalgesia experience in patients after general anesthesia has an important value to be explored for the clinical choice of appropriate preventive drugs.

Flurbiprofen is a non-steroidal antiinflammatory drug carried by lipid microspheres that can be directionally pooled at the incision and inflammation site to achieve the effect of targeted inhibition of pain [5]. Dexmedetomidine is an effective α2- adrenergic receptor agonist with sedative, analgesic and anxiolytic effects that are suitable for sedation during intensive care or intubation before anesthesia. In addition, there is Ketamine, Tramal, Dezocine, Fentanyl, etc. However, these narcotic drugs to prevent hyperalgesia still have certain inconsistency, so that clinicians make choices with large subjective factors, which is not conducive to effective prevention of hyperalgesia after anesthesia. Therefore, the main purpose of this study is to explore the effectiveness of multiple drugs by multivariate meta-analysis.

The two authors searched PubMed, Embase, Medline, CNKI and Wanfang database. The search time was limited to January 2005 - January 2017. English search terms include "hyperalgesia" "Fentanyl", "Dezocine", "Tramal", "Dexmedetomidine", "Parecoxib", "Flurbiprofen", "postoperative", and "anaesthesia". By reading the titles and the abstracts of the literatures, they screened the literatures whose full texts should be obtained, and widely included the literatures that meet the standards by searching the similar literatures.

All the included studies were required to meet the following criteria: (1) patients were anesthetized with remifentanil-based compound anesthesia; (2) the grouping methods in the studies were randomized and controlled; (3) all patients included had no hepatic and renal insufficiency, cardiovascular disease, alcoholism or drug addiction history and serious psychiatric history; (4) all patients included in the trial were enrolled in the context of informed consent of the Hospital Ethics Committee and the family members of the patient; (5) the subjects included in the trial were evaluated to type I-II surgery by the American Society of Anesthesiaologists (ASA).

The authors were asked to extract the information needed by this study, including the first author of the literature, the year of publication, the side effects after anesthesia, the sample size and type of surgery involved in the trial, the drug and dose used in prevention of hyperalgesia after anesthesia, the extubation time after anesthesia and the visual analogue scale (VAS) in different time periods. The extraction results that had differences were discussed between the two authors or solved by the third author.

The data analysis of this study was carried out in Stata 14.0 software. According to the principle of the occurrence of the probability event in frequency, the extracted data was visualized by network meta-analysis [6], and the efficacy of "fentanyl", "ketamine", "tramadol", "dexmedetomidine" and "dezocine" on hyperalgesia in the patients after anesthesia was evaluated, and all the drugs included in the analysis were ranked. The robustness of the analysis results was verified by Bayesian model.

According to the keywords and search strategies, this study initially retrieved 537 related literatures (Figure 1). After duplicate literatures were excluded from the search results through the software NoteExpress 3.1, and after meetings, invention patents, reviews and non-randomized controls and animal tests, etc. were excluded by reading the titles and abstracts, there were a total of 14 literatures whose full texts need to be obtained. Then the literatures whose full texts cannot be obtained and that did not provide the necessary data for this study were further removed. There were 12 literatures [7-18] finally included for analysis, of which 10 was the Chinese literatures [7-12,14-17], and 2 were the English literatures [13,18].

This study included a total of 983 cases of general anesthesia patients (Table 1), aged from 18 to 72 years. Most of the surgical types were gynecological and general laparoscopic surgery. There was no publication bias between the included literatures by the Begg method rank correlation test (z=-0.33, P=0.742) and Egger test (z=-0.43, P=0.676).

We found that almost all of the selected drugs had a minimum VAS score at 30 min through network meta-analysis on multiple preventive drugs at different time points. Dextromethorphan and ketamine showed a better preventive effect as a whole (Figures 2A-2E), and their postoperative scores at different time points were stable, basically maintained at 0 level (Figure 2F). They were followed by parecoxib and fentanyl. Tramadol and digoxin had poor starting effect, whereas flurbiprofen was effective at the outset, but with a shorter maintenance time. In addition, during the analysis of the postoperative extubation time and the incidence of side effects, we found that the mean duration of postoperative extubation of parecoxib and flurbiprofen was the shortest (Figure 3A) except for the physiological saline in the control group. The incidence of side effects of dexmedetomidine and dezocine was low (Figure 3B).

Figure 3: The ranking probabilities of extubation time and side effects of postoperative anesthesia.

Finally, we have performed a Bayesian model test on the results of this study (Figure 4). It is shown that the convergence of the probability distribution and variance variation is better (Figure 4A) and the autocorrelation is also higher (Figure 4B) [19]. Thus, the results of this study reflect, to a certain extent, the practical efficacy of the included drugs in the prevention of hyperalgesia after anesthesia.

Figure 4: The Bayesian models to examine the distribution of probability and variance.

According to the results of our multivariate network meta-analysis, we can draw the following conclusions: (1) the selected hyperalgesia prevention drugs can reduce the VAS score at different postoperative periods to varying degrees; (2) Judging from the comprehensive results of VAS scores at different postoperative time points, the extubation time and the incidence of side effects, dexmedetomidine in the prevention of hyperalgesia after anesthesia is the best; (3) the patients who cannot tolerate postoperative side effects (Such as nausea and vomiting, drowsiness, dizziness, etc.) can be given priority to the use of dextromethorphan or dezocine, followed by the selective application of flurbiprofen or paracetin.

For the first time in this study, multivariate network meta-analysis was used to analyze the advantages and disadvantages of various anesthetic drugs in preventing hyperalgesia after anesthesia, which has a good guiding role in many selective drugs. In addition, there are still limitations in this study, because such confounding factors as differences in surgical types, differences in gender, and differences in the concentrations of prophylactic agents used are involved. Therefore, to strengthen the conclusions of this study, there is still a need to increase the rigor of the inclusion criteria and to expand the overall sample size. 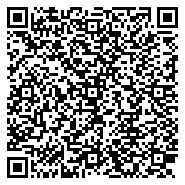