Encapsulation of peptide therapeutics has a growing significance in pharmaceutical and biotech industry to control the release over weeks or months. If the capsule is made from biodegradable polymer, it will degrade slowly and release the drug progressive. To fabricate the particle, people often use the double emulsion/solvent removal method. A double emulsion of water in oil in water (W/O/W) is formed. The active ingredient is within the inner water droplet. The middle phase composed of the solvent and the biodegradable polymer is then solidified. The emulsification process is mostly performed with mechanical stirring or ultrasonication, a process that enables the creation of large volumes of emulsions but results in very bad monodispersity and low encapsulation yield. The production of monodispersed (W/O/W) double emulsions using different microfluidics technologies has been demonstrated. However, none of them could be used to prepare microparticles with desired properties compatible with control delivery of APIs. Each technique has one or several limitations: compatibility of chips with solvents, low throughput, droplet size. In this study, we solved these problems by combining traditional technologies with microfluidics. Our three-step hybrid process allows the formation of very well controlled size, morphology and drug loading particles. We managed, for the first time, to obtain micro-particles with desired particle size, whose structure is controlled and adapted to the delivery challenge we address. We are now able to study precisely the mechanism of release and the influence of each parameter on the drug release. 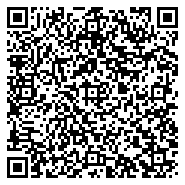