Different mechanisms of DNA replication are employed by each family of DNA viruses. These involve either synthesis of daughter strands via a replication fork (papillomaviruses, polyomaviruses, herpesviruses), or via strand displacement (adenoviruses, parvoviruses, poxviruses). Since cellular DNA polymerises cannot initiate synthesis of a replacement DNA strand but can only extend synthesis beginning from a brief (e.g., RNA) primer, one end of newly synthesized viral DNA molecules could be expected to retain a brief single-stranded region. Various DNA viruses have evolved different strategies for circumventing this problem.

Viruses of some families have a circular DNA genome, others have a linear genome with complementary terminial that function DNA primers, yet others have a protein primer covalently attached to the 5'-terminus of each DNA strand. Several virus coded enzyme activities are generally required for replication of viral DNA: a helicase (with ATPase activity) to unwind the double helix; a helix-destabilizing protein to stay the two separated strands apart until each has been copied; a DNA polymerase to repeat each strand from the origin of replication during a 5= to 3'-direction; an RNAase to degrade the RNA primer after it's served its purpose; and a DNA ligase to hitch the Okazaki fragments together. Often one large enzyme performs two or more of those activities.

The genomes of papillomaviruses and polyomaviruses structurally and functionally resemble cellular DNA in binding to cellular histones. The viral genome utilizes host DNA polymerase alpha primase to synthesize the RNA primer for genome replication. Among the polyomaviruses an early viral antigen, large T, binds to the regulatory sequence and in the case of papillomaviruses El and E2, thereby initiating DNA replication. Replication of those circular double-stranded DNA molecules commences from a singular palindromic sequence and proceeds simultaneously with replication forks in both directions. Both continuous and discontinuous DNA synthesis occur (of leading and lagging strands respectively) at the 2 growing forks as for the replication of mammalian DNA. The discontinuous synthesis of the lagging strand involves repeated synthesis of short oligoribonucleotide primers, which successively initiate short nascent strands of DNA (Okazaki fragments), each is then covalently joined by a DNA ligase to make one among the growing strands.

The replication of adenoviruses is distinct from that of other DNA viruses. The adenovirus DNA genome is linear, the 5'- end of every strand being just like the opposite (terminally repeated inverted sequences) and covalently linked to a protein, the precursor of which is the primer for viral DNA synthesis. DNA replication proceeds from both ends, continuously but asynchronously, during a 5'- to 3'-direction, employing a virus- coded DNA polymerase. It doesn't require the synthesis of Okazaki fragments. Herpesviruses codes for many or all of the proteins required for DNA replication, including a DNA polymerase, a helicase, a primate, a single-stranded DNA binding protein, and a protein recognizing the origin of replication. Poxviruses, which replicate entirely within the cytoplasm, are self-sufficient in DNA replication machinery.

Hepadnaviruses, almost like retroviruses, utilize positive-sense single-stranded RNA transcripts as intermediates for the assembly of progeny DNA by a process of reverse transcription. Single-stranded DNA parvoviruses use 31- palindromic sequences to form a double-stranded hairpin structure to provide a primer for cellular DNA polymerise binding. 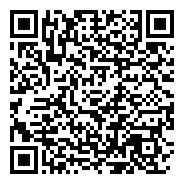