Millions of people around the world are affected by peripheral vascular disease, which has a considerable impact on morbidity and death. A multidisciplinary approach to treatment may enhance patient care due to the complexity of the condition, the existence of numerous comorbidities, and the availability of a wide range of therapeutic alternatives. The successful therapy of individuals with peripheral vascular disease could be modelled after the cardiac team's success in treating difficult coronary artery and structural heart disease.

A multidisciplinary vascular team strategy for the treatment of acute ischemic stroke, critical limb ischemia, pulmonary embolism, and acute aortic syndromes. With greater ambulation, no ulcer recurrence, and Doppler colour flow imaging at different vascular levels of the extremity revealing persistent blood flow and the presence of pulsed Doppler waveforms in the treated foot, all treated extremities continue to be asymptomatic. Despite the severity of the illness, none of the patients have developed any new ulceration, and neither have the contralateral extremities. Over 10% of those over 60 have peripheral artery disease, which can manifest clinically in several ways [1].

The majority of patients will benefit from conservative treatment, while a small percentage will need revascularization. The degree of the atherosclerotic lesion does not correspond with the severity of the signs and symptoms. Surgery, endovascular intervention, and hybrid treatments are the interventional alternatives, with the endovascular-first strategy rising in popularity. The best strategy for revascularization, however, is yet unknown, making it difficult for clinicians to make decisions. Treatment must be based on a careful evaluation of the treated lesion as well as an assessment of the surgical and anaesthetic risk to the patient, keeping in mind that various anatomical locations call for various treatment modalities [2].

Cell-based therapies are gaining recognition as a fresh strategy for treating chronic illnesses. Cardiovascular problems may have the most effect in terms of patient numbers. This review examines the possibility of using cell transplantation as a treatment for conditions like ischemic stroke and erectile dysfunction that are caused by peripheral vascular disease. In adults with angiopathies, endogenous repair depends on cells generated from the bone marrow. Both monocytic and non-monocytic progenitor cells have shown promise in clinical studies, indicating that angiogenesis may be the result of interactions between several cell types and signalling pathways. There are numerous connections between cardiac failure and vascular disease [3].

Patients with systemic vascular disease frequently have concurrent heart disease because the blood arteries in the heart are not spared, and they share similar risk factors and comorbidities. Patients with vascular disease are more likely to experience perioperative cardiac problems and vascular complications when they undergo surgery. Medical procedure represents the most noteworthy careful gamble for perioperative heart occasions. Furthermore, the ailing vessels providing basic organs rely upon the perfusion pressure provided by the heart, so any cardiovascular brokenness in this manner enhances the impact of unfortunate perfusion. Patients giving both vascular infection and heart brokenness represent a specific test to the anaesthesiologist; despite the fact that treatment objectives are comparable, little physiologic aggravations can rapidly prompt huge, serious changes in clinical status [4,5].

The patient who has a determination of diabetes mellitus, diabetic fringe neuropathy, and fringe vascular infection and encounters a temperamental lower leg crack presents as a troublesome case situation for the treating doctor. What's more, patients who have diabetes mellitus, alongside the presence of different comorbidities, have been displayed to have higher confusion rates than patients who don't have diabetes mellitus. Vascular confusions following complete knee arthroplasty (TKA) are uncommon in everybody; in any case, the outcome could be annihilating and appendage undermining. Large numbers of the patients who foster these confusions, while possibly not all, and have prior fringe vascular infection. 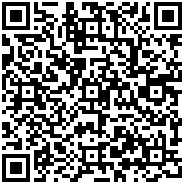