The modern day lifestyle and feeding habits have resulted into the development of hyperlipidemic complexities and related diseases among a large proportion of the world’s population. Hyperlipidemia is a broad term also called as hyperlipoproteinemia or lipemia, which can be defined as the increase in the levels of any one or more of certain parameters in blood or body tissues, which include Total Cholesterol (TC), LDL (Low Density Lipoprotein) cholesterol, Triglycerides (TG) or Phospholopids associated with decrease in the blood levels of HDL (High Density Lipoprotein) cholesterol (Mishra et al. 2011). The hyperlipidemic condition may result into atherosclerosis and cardiovascular diseases along with the development of myocardial oxidative stress which may prove life-threatening (Robert, 1995; Yusuf et al. 2004). Clinical studies have reported that elevated levels of Cholesterol and LDL and decreased levels of HDL increase the risk of coronary heart disease (Treasure et al. 1995). The abnormalities in lipid metabolism resulting into hyperlipidemia, hypertension and obesity are associated with oxidative stress i.e. excessive production of free radicals like ROS (Reactive Oxygen Species) (Parthsarathy et al. 1992). Hyperlidemia associated with oxidative stress can cause oxidative alterations in LDL, which play a key role in the initiation and development of atherosclerosis and Cardio Vascular Diseases (Diaz et al. 1997, Dahanukar et al. 2000).

Abnormalities in thyroid hormone levels in blood (Hypothyroidism and Hyperthyroidism) are among the most commonly occurring endocrine disorders across the world during recent years. Thyroid hormones i.e. T3 (Triiodothyronine) and T4 (Thyroxine) play important role in various metabolic pathways including protein, carbohydrate and lipid metabolism (Afaf Saleh, 2015). Moreover, the thyroid hormones can influence nearly all aspects of metabolism of lipids including lipid synthesis, transport and degradation. The thyroid hormone stimulates cholesterol synthesis, promotes hydrolysis of triglycerides and also positively regulates the catabolism of LDL molecules by upregulation of LDL receptors (Cachefo et al. 2001). Moreover, in hypothyroidism the lipase activity in adipose tissue and liver may get lowered down resulting into elevation in the levels of triglycerides (Abrams et al. 1981). Previous works have reported that the conditions of hyperlipidemia occur primarily due to abnormalities in lipid metabolism pathways or plasma lipid transport or metabolism of plasma lipoproteins (Brunzel, 2008). Hypothyroidism can be a secondary cause which can result into hyperlipidemia, among the other causes like excessive alcohol consumption, diabetes, obesity or as adverse effect of some drugs (Adaramoye, 2005). It has also been reported that Hyperlipidemia (sometimes termed as Dislipidemia) is associated with the metabolic abnormalities that occur in thyroid disease, involving insulin resistance and oxidative stress (Santi et al. 2010, Tagami et al. 2010).

The primary methods for prevention and even cure of hyperlipidemia are improvement in dietary habits and lifestyle and secondarily drug therapy if necessary (Henley et al. 2002). Many natural products with pharmacological potentialities have been reported for being used as neutraceuticals in the treatment of hyperlipidemia, which have significant antioxidant activity and flavonoids content (Ross and Kasum, 2002). The flavonoid compounds have significant antioxidant properties, can prevent LDL oxidation thereby preventing the progression of atherogenesis (Yang et al. 2008). Moreover the flavonoids have been reported to have inhibitory impact on the lipase activity (Martins et al. 2010). Dacryopinax spathularia and Schizophyllum commune are two edible macrofungi which are being used as traditional neutraceutical dietary sources commonly by the people of north-eastern states of India. Kumar et al. (2018) reported that Dacryopinax spathularia and Schizophyllum commune have significant flavonoid content and both of them have significant antioxidant properties. Therefore the present work has been undertaken to assess the efficacy of D. spathularia and S. commune in the improvement of lipid profile and thyroid hormone profile in hyperlipidemic and hypothyroidism-induced albino wistar rats.

In the present study the Wistar albino rats (Rattus norvegicus) weighing about 175-200 g were used. The animals were kept in Polypropylene cages with paddy husk as bedding material in a well-ventilated room. The temperature of 25 ± 5ºC, relative humidity of 50±15% and the Dark-light cycle of 12 hrs was maintained during the whole experimental time period. The animals were fed with commercial pellet diet and supplied with water ad libitum. All the experiments were done with the approval of Ethics Committee of Ranchi University, Ranchi, India.

The acute toxicity studies have been done following the OECD guidelines (2004). Different doses of the two macrofungal extracts were fed to two different groups of 10 rats, where each group has been fed with one macrofungal extract. The extracts were fed orally by oral feeding tube. There was no mortality observed up to the doses of 2000 mg/kg body weight (BW)/day within 48 hrs.

Induction of hyperlipidemia and hypothyroidism

After acclimatization the rats were divided into 7 groups of 6 rats each and the experiment was carried out as follows:

Group 3: Hypothyroidism is induced by 0.1% Aminotriazole (Sigma-Aldrich/Merck, India) in drinking water once in a day for three weeks

At the end of the experimental time period, the rats of all the groups were kept fasting overnight and then blood were collected by puncturing the retro-orbital plexus under light ether anesthesia without sacrificing the animals. Three blood samples from each group were randomly taken into test tubes and allowed to clot for 30 minutes. Then the blood samples were centrifuged at 3000 rpm for 10 minutes to obtain the clear serum, which are taken for biochemical investigations of lipid profile parameters using Autoanalyser (cobas c311, Roche diagnostics, Japan). The values of Total cholesterol, HDL cholesterol and Triglycerides were measured enzymatically using standard reagent kits (Roche Diagnostics).

The value of LDL was calculated following the equation of Assmann et al. (1984):

Blood samples of the animals from Group 3, 6 and 7 were also taken by the same procedure as stated above, for biochemical investigations of thyroid hormones (T3, T4 and TSH) using Immunoanalyzer (Cobas e-411, Roche Diagnostics) to investigate the pharmacological impact of the two experimental macrofungal extracts in improvement of Thyroid hormone profile of albino Wistar rats.

The present work aims to evaluate two types of parameters; one is efficacy of experimental macrofungal extracts against hyperlipidemia in two groups of rats, one fed with high fat diet (HFD) and other with induced hypothyroidism. Another parameter evaluated in the present work is the efficacy of the two macrofungal extracts in improvement of thyroid hormone profile in rats with induced hypothyroidism.

The results of the assessment of pharmacological impact of the two experimental macrofungal extracts in improvement of lipid profile of hyperlipidemic rats are as follows.

Table 2 shows the results of improvement of lipid profile of Hypothyroidism-induced rats by D. spathularia and S. commune extracts. The results revealed that rats with induced hypothyroidism (results of thyroid hormone profile of induced hypothyroidism given in Table 3) had developed hyperlipidemic conditions with significant (p=0.05) increase in blood levels of Triglycerides, Total cholesterol and LDL associated with significant (p=0.05) decrease in HDL cholesterol. On the other hand, the hypothyroidism induced rats with developed hyperlipidemia which were treated with the experimental macrofungal extracts, had resulted into significant (p=0.05) decrease in blood levels of Triglycerides, Total cholesterol and LDL associated with significant (p=0.05) increase in HDL cholesterol, which indicates the significant improvement in lipid profile of hyperlipidemic rats with induced hypothyroidism. Several studies have reported the relationship between thyroid dysfunction and alterations in lipid profile and the possible metabolic impairments involved in between. It is a well known fact that thyroid disfunction could result into altered lipid profile with increase in blood levels of LDL cholesterol in hypothyroidism (Deikman et al. 2000). According to Rizos et al. (2011), during hypothyroidism the hepatic LDLreceptor density and activity decreases which results into their decreased catabolism, as a consequence of which the TC (Total Cholesterol) and LDL cholesterol levels in blood increases. Khazan et al. (2014) reported that during hypothyroidism there is a decrease in catabolism of cholesterol into bile by the T3- regulated cholesterol 7-alphahydroxylase enzyme. According to Berti et al. (2001), thyroid hormones influence the activities of hepatic lipase and cholesteryl transferase, which are decreased in hypothyroidism, as result the hyperlipidemic conditions could develop. Asvold et al. (2007) have reported that within a reference range of TSH, the blood levels of total cholesterol, LDL and Triglycerides increases and HDL decreases in an almost linear fashion, with increasing TSH. Moreover, evidence suggests that thyroid dysfunction is associated with increased lipid peroxidation and free radicals production (Chattopadhyay et al. 2010). Abdel-Fateh et al. (2015) have reported that impairment of redox potential and suppression of antioxidant capacity are the prominent characteristics of hypothyroidism. The decreased antioxidant activities during hypothyroidism may reflect the increased free radicals production on inner mitochondrial membrane (Babu et al. 2011). As discussed above, several studies have reported that the oxidative stress is a major causative factor of hyperlipidemia. The two experimental macrofungal species i.e. D. spathularia and S. commune have been reported to have significant antioxidant activity against different free radical species (Kumar et al. 2018). Therefore the improvement in lipid profile by the two experimental macrofungal extracts could be attributed to their significant antioxidant potentials.

Table 3 shows the results of improvement of Thyroid hormone profile in hypothyroidism-induced albino rats by D. spathularia and S. commune extracts. The results reveals that 0.1% Aminotriazole treatment resulted into significant (p=0.05) decrease in blood levels of T3 and T4, whereas significant increase in TSH levels, indicating the case of hypothyroidism. On treatment of hypothyroidism induced rats with the macrofungal extracts, slight but significant (p=0.05) increase in T4 level and slight but significant (p=0.05) decrease in TSH level was found. There was no significant change observed in T3 level in blood on treatment with macrofungal extracts. It may be possible that the macrofungal extracts have some impact on activity of key enzymes involved in thyroid hormone metabolism like Thyroperoxidase and Deiodinase. But, the detailed mechanism needs further research at cellular and molecular level to understand the actual molecular mechanism involved in it. Ashwini et al. (2017) reported improvement in thyroid hormone profile in hypothyroidism induced rats by treatment with Costus pictus plant extract, and attributed the efficacy of improvement in thyroid hormone profile to the antiinflammatory and the antioxidant activity of the extract. Doha et al. (2019) have reported the significant efficacy of Safflower Petals and Moringa Leaves Extracts in improvement of thyroid hormone profile in hypo and hyper thyroidism induced rats, and the efficacy of the plant extract was attributed to their phenolic content and antioxidant activity. The two macrofungal extracts taken in the present research work has significant phenolic content and antioxidant as well as marked anti-inflammatory activity (Kumar et al. 2018). Therefore, it may be considered that the phenolic content, anti-inflammatory and antioxidant activities of the two experimental macrofungal extracts had played some impact on the metabolism of thyroid functions.

The results of present work reveals that both macrofungal extracts under study have more or less equal but significant impact in improving the lipid profile in both cases of hyperlipidemia i.e. one that was caused by high lipid diet and other was caused by induced hypothyroidism. But, both macrofungal extracts does not show marked efficacy in improvement of thyroid hormone profile in hypothyroidism induced rats. However the macrofungal extracts definitely found to have some impact on thyroid function and metabolism, which require further research to understand the actual molecular processes involved in it.

The medicinal impact of edible mushrooms is well established, but in traditional knowledge. The present work scientifically authenticates the medicinal impact of the tested macrofungal extracts in improvement of lipid profile and thyroid hormone profile. Moreover, since there is scarcity of scientific works in scientific authentication of medicinal impact of macrofungi especially in improvement of important physiological parameters like lipid profile and hormonal profile, hence present work opens a door for a wide area of further research even up to molecular level. The present work also proves the use of the two experimental macrofungi as significant neutraceutical dietary source to prevent hyperlipidemia and thereby the cardio vascular diseases. 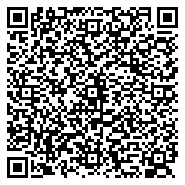