The chemical symbol of Manganese is Mn. Its atomic number is 25. In nature it is mostly combined with iron as it is not found as a free element. It is a mineral that is found in several foods and considered to be an essential nutrient involved in many chemical processes in the body, including processing of cholesterol, carbohydrates, and protein. It might also be involved in bone formation. Fairly high doses of manganese in bacteria disrupt replication and repair of DNA and cause mutations in microorganisms and mammalian cells. Manganese

The chemical symbol of Manganese is Mn. Its atomic number is 25. In nature it is mostly combined with iron as it is not found as a free element. It is a mineral that is found in several foods and considered to be an essential nutrient involved in many chemical processes in the body, including processing of cholesterol, carbohydrates, and protein. It might also be involved in bone formation. Fairly high doses of manganese in bacteria disrupt replication and repair of DNA and cause mutations in microorganisms and mammalian cells. Manganese in mammalian cells induces DNA damage and aberrations to the chromosome [1]. Mn has been the subject of numerous scientific investigations demonstrating its substantial role in human health and disease. Emerging researches are showing possible detrimental effects of manganese toxicity on clinical outcomes of many medical conditions. Increased awareness of the consequences of hypermanganesemia will assist in early detection and management. Diagnosis can be made easily by testing the serum levels of manganese.

While Mn is a trace mineral necessary for all known living organisms, it also acts in excessive amounts as a neurotoxin. It can cause MANGANISM especially through inhalation, a condition in mammals that leads to neurological damage that is often irreversible [2-4].

Manganese is absorbed by an active transport mechanism in the small intestine and likely by diffusion when intakes are heavy. Some manganese remains free after absorption but most of it is bound to transferrin, albumin, and plasma alpha-2- macroglobulin [5]. The liver and other tissues take up manganese, but the mechanism of this process is not well known .The human body contains about 10 to 20 mg manganese, of which 25% to 40% is in bone [6].

The body keeps stable concentrations of manganese tissue through regulatory mechanisms that control its absorption and excretion. Over 90 percent of absorbed manganese is excreted into the feces through bile and a small amount is reabsorbed. Hardly anything is excreted in urine [7].

Mutations in the SLC39A14 gene have been linked to manganese (Mn) accumulation in the brain and childhoodonset Parkinsonism and dystonia. It has therefore been suggested that SLC39A14 deficiency impairs hepatic Mn uptake and biliary excretion, resulting in the accumulation of Mn in the circulation and brain [9].

Autosomal-recessive mutations in the SLC30A10 gene encoding a Mn transporter protein has been reported recently. These mutations are associated with a significant failure of Mn excretion leading to its storage in the liver (liver cirrhosis), brain (dystonia), and other peripheral tissues [10,11].

Reduced iron stores or polycythemia are not usual findings in acquired hypermanganesemia [13]. Autosomal-recessive iron deficiency anemia, dystonia and hypermanganesemia caused by new variant mutation of the manganese transporter gene SLC39A14 has been described recently in one child in Libya [14].

Manganese and the brain

Manganese has a peculiar affiliation to the extrapyramidal tract of the central nervous system and this can be seen by MRI of the brain. The sites of the earliest and deepest deposition of manganese are the basal ganglia, particularly the globus pallidus, due to the high density of dopamine receptors in these regions. Animal researches have shown that manganese binds to dopaminergic receptors causing auto-oxidation of dopamine and possibly formation of local catecholamines and free radicals [15].

Mn-induced neurotoxicity is clinically recognized as dysfunction of locomotion and movement, a condition resembling Parkinsonism. Excretion of Mn has been found to be impaired in cirrhotic patients. Patients with liver cirrhosis showed a significant rise in blood and brain tissue levels of Mn. High brain Mn may thus play a role in the CNS injury associated with liver cirrhosis [16,17].

Oxidative stress and defect in the brain tissue antioxidant systems have been revealed in Mn models of neurotoxicity [18,19].

Lifelong therapy with chelating agent like Edetate Calcium Disodium (C10H12CaN2Na2O8) combined with iron supplementation is the treatment of choice that should be started as soon as possible. The calcium in Edetate Calcium Disodium is slightly hygroscopic. It acts as a chelating agent for heavy metals. It is readily displaced by heavy metals, such as Manganese, to form stable complexes. Following parenteral injection, the chelate formed is excreted in the urine, with 50% appearing in the first hour after administration. Edetate Calcium Disodium should be administered as a chelation therapy at monthly single five-day course of twice-daily disodium calcium edetate at 20-25 mg/kg/dose (made up in 250 mL of 0.9% sodium chloride, given intravenously over 1-3 hours) supplemented with continuous oral iron compounds are expected to lower blood manganese levels and normalize hemoglobin concentration and iron indices [20]. The Mn level, Hb and iron and ferritin concentration should be monitored at least every three months with yearly repeat of brain MRI. For children, the maximal daily dosage is 75 mg/kg of body weight, divided into two or three doses [21].

The pharmacologic effects of edetate calcium disodium are due to the formation of chelates with divalent and trivalent metals. A stable chelate will form with any metal that has the capability to shift calcium from the molecule, a feature shared by lead, zinc, cadmium, manganese, iron and mercury [21]. The US Food and Drug Administration (FDA) declares that the safety and effectiveness of edetate calcium disodium for use in removing heavy metals (e.g., mercury) and toxins from the body, or other uses not described in the manufacturer's labeling have not been verified. The principal and most serious toxic effect of edetate calcium disodium is renal tubular necrosis, which tends to occur when the daily dose is excessive and may result in fatal nephrosis. Following parenteral administration, it is rapidly excreted by glomerular filtration in urine, either unchanged or as metal chelates. Following IV administration, 50% of a dose appears in urine within 1 hour and 95% within 24 hours [22-24].

The effects of Mn on human health are complex and at the same time there are many aspects of Mn biology and metabolism that remain uncharacterized. Hypermanganesemia is a significant health and medical concern that can cause devastating clinical consequences across age groups and genders. Clinician attentiveness of treatable dystonia and CP mimics is important for appropriate screening, diagnosis and early intervention. Due to state of art advances and developments in screening technology in the last decade, there have been a lot of changes in the way that we diagnose children with inborn metabolic diseases as more biomarkers become identified. Early diagnosis and effective management are thus needed to avoid associated complications. Therefore, further research is required to reduce potential risks associated with Mn toxicity in the context of brain, liver and blood disorders. 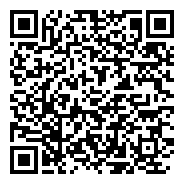