How this simple breathing practise can help you be more tenacious?

Citation: Elshawy A. How this simple breathing practise can help you be more tenacious? J Phys Ther Sports Med. 2022;6(3):114

When you're working out, you might be overlooking a group of muscles that are crucial to your success: the ones that help you breathe. The benefits of particular muscles that control our breathing may extend to our fitness levels, according to new research presented at the American Physiological Society annual meeting at Experimental Biology 2022 [1].

Resistance exercise to develop our breathing muscles is known as high-resistance Inspiratory Muscle Strength Training (IMST). It's a method of strengthening the breathing muscles of persons with respiratory disease by inhaling via a portable device that provides resistance, similar to inhaling through a straw. It was first proposed in the 1980s. Cardiorespiratory fitness and exercise tolerance, both of which are independent risk factors for cardiovascular disease, can be improved with traditional aerobic exercise. Adults, on the other hand, are less likely to follow physical activity standards due to a lack of time, implying that new, time-efficient healthy lifestyle interventions are needed to reduce the risk of cardiovascular diseases as people become older.

A 12% improvement in fitness after 6 weeks

Freeberg and his team divided 35 persons aged 50 and up into two groups: one used IMST at high resistance, and the other used the device at low resistance as a control group. For six weeks, both groups did IMST training for 30 breaths (about five minutes). The goal was to see if six weeks of high-resistance IMST could help people enhance their cardiorespiratory fitness and/or exercise tolerance [2].

Blood pressure levels were found to be lower in previous studies. After six weeks, the IMST group saw a nine-point drop in systolic blood pressure on average. They also noticed improvements in artery health and higher levels of nitric oxide, a chemical that helps prevent plaque development. We discovered that it is not only more time-efficient than typical workout routines, but that the advantages may also last longer.

MST should only be used under medical supervision

According to a respiratory physiotherapist in the Mount Sinai Health System's Department of Rehabilitation and Human Performance, IMST has been around for decades and is a relatively inexpensive and simple to use device that can help train and improve the strength of the muscles that help inspiratory breathing.

The diaphragm and external intercostals are two muscles that are employed during breathing, according to Wood (small muscles found between ribs). Although IMST is safe to use, it should be done so under the supervision of a healthcare expert. Because this was a tiny study with only 35 individuals, Wood emphasised that the findings might not apply to everyone. It's also crucial to figure out what the performance increases represent, according to Wood. It's critical to comprehend what the 12% improvement implies in actual terms, as well as how this outcome will translate into various measures of physical performance and quality of life over time [4,5].

A sort of exercise that concentrates on breathing muscles can increase elderly people's endurance on a treadmill test, according to this study. According to experts, IMST can improve the strength of the muscles that help us breathe. They further state that, while this approach is safe, it should only be used under physician supervision. 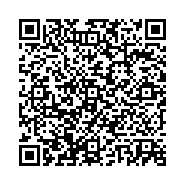