The Blue bull (Boselaphus tragocamelus) is the biggest Asian antelope. Blue bull (Boselaphus tragocamelus) is also called ?Nilgai? in Gujarat and all over country. Bhavnagar district is located in Saurashtra region of Gujarat near the gulf of Khambhat. In herbivorous animal grouping is the main essential behaviour for survival, searching of food and protection, composition of groups are deferred in different herbivorous animal. Study was carried out during the year 2015-2016. In Blue bull (Boselaphus tragocamelus) out of total 100 observation maximum 31 individual were recorded in single group whereas minimum group size was single individual. Presences of male Blue bull were 39.4% (SD+04.02), female 52.7% (SD+06.15) and presence of sub adult/juvenile were 07.9% (SD +01.29). Data was indicating that presence of female individual than the male was higher. Data also indicate that the group pattern is deferred than the other herbivorous animal.

In Gujarat all four sp. of Antelopes are found i.e. black buck, Indian gazelle (Chinkara), four horned antelope and blue bull which are found in India. Out of these four Antelope species Blue bull is widely distributed throughout the state. Except four horned antelope (Chaushinga) remaining all tree species of antelopes are found in Bhavnagar district, Gujarat. Blue bull (Boselaphus tragocamelus) is the biggest Asian antelope. Blue bull (Boselaphus tragocamelus) is also called “Nilgai” in Gujarat and all over country. Bhavnagar district is located in Saurashtra region of Gujarat near the Gulf of Khambhat. In herbivorous animal grouping is the main essential behaviour for survival, searching of food and protection. Group composition and group size are different in various herbivorous animals like black buck, Chinkara, Chital, Four horn antelope and Sambar etc. In ungulates male animal become dominant over the group such type of grouping phenomena was also observed in Blue bull, normally the male blue bull controlled the group and dominant over them. Blue bull (Boselaphus tragocamelus) is not as gregarious as other herding ungulates like Black buck and spotted deer it occurs in small groups throughout the year [1,2].

Study area for the grouping behaviour of Blue bull (Boselaphus tragocamelus) covers Bhavnagar city to Alang ship yard, which is about 55 km. study was carryout on both side of Bhavnagar- Hathab- Alang road up to 2 km in right and left side of the area having the agriculture land, barren land, rural forest area and coastal saline land (Khar). Avania (Khar), Pipaliya pul, Bhumbhali, Ghogha, Kuda, Khadsaliya and Mithiviradi were selected for detail study. Observations were made by direct method, to avoid disturbances observation were made from distance with the help of Nikon 8 × 40 binocular and Photographs were taken with the help of Sony HX 400 camera for documentation. Data was analyzed by using standard statistical formula [5-7].

The group composition of different groups of Blue bull (Boselaphus tragocamelus) in the study area, data represent the number of male, female, sub adult and juvenile in a single group. Data also shows the group size of Blue bull (minimum to maximum), total 100 observations were taken to determine the group formation of Blue bull (Boselaphus tragocamelus), maximum number in a single group was observed 31 individual and minimum number in a group was observed 01 individual. Data shows that Blue bull generally remain in a mix group (49%), but some time they also form only male (35%) group and only female (16%) group, sub adult and juvenile prefer to remain with female individual. It was also observed that most of groups having 1-5 individuals in a group (56%) and at same time only few groups have more than 25 individuals in a group (4%). Average of male Blue bull was found 3.31 (39.4 %) SD 4.02, average of female was 4.43 (52.7%) SD 6.15 and average of sub adult/juvenile was recorded 0.67 (7.9%) SD 1.29. Number of male Blue bull ranges between 0-17, number of female ranges between 0-24 and sub adult/juvenile were 0-8 [8,9]. Figure 1: Map of study area which shows some area of Bhavnagar district goes in to Botad district.

Out of total 100 groups observed during the study, 32 groups having population of sub adult and juvenile of that only 3 groups not having male individual and 2 groups not having female but these groups having sub adult male and not juvenile. It was also observed that all groups having sub adult and juvenile having mean group size 14.2 it was higher than over all mean group size (8.41) and range in 3-31, group having 31 individual was the largest group. During non-breeding season by the process of segregation male form a group in which only adult male individual were found, One unique behavior of Blue bull (Boselaphus tragocamelus) was observed during the monsoon that Blue bull (Boselaphus tragocamelus) was moves towards the shrub land from the open land, probably to protect from the rain, hence during the monsoon large group are seen occasionally and during the winter and summer they are lived in open land in scattered group (Table 1) [12].

Figure 2: Chart shows the percentage of the male blue bull in group. Note:

Figure 3: Chart shows the percentage of the female blue bull in group. Note:

Figure 5: Chart shows the percentage of Male in each group.

Figure 6: Chart shows the percentage of sub adult and Juvenile in each group.

Mix group of male,female and subadult/juvenile.

Findings of the study show that there was no any specific group composition pattern observed in Blue bull (Boselaphus tragocamelus). The group may vary in single day at different time, same behaviour also observed in the present study that group composition vary frequently in a day. Size of the group also found different in agricultural land and forest area, in agricultural land the group remain smaller in size whereas in forest land it become larger. It is possible that while raiding crops Nilgai herds breaks in to smaller groups which presumably reunite when they take to forest cover again. The smaller groups may have a greater tendency to raid crops.

Observation of the present study also supports the findings of that blue bull (Boselaphus tragocamelus) is non-migratory, although individuals and groups are capable of considerable movement if ambient conditions (e.g., drought), it was observed that the Nilgai remain in the same area for long time and moves in their home range regularly which was recorded up to 8 square kilometer [15].

Blue bull remains in to small groups, the group size varies in different habitat but they rarely form congregations and large groups. Groups ranging from 01 to 10 individuals, and the mean group size observed in Karnali-Bardia in Nepal were 2.9. In Sariska, seasonal group size of Nilgai (excluding single individuals) varied greatly, from 02 to 43 individuals, with a mean group size of 4.0, the study area average of group size was found 8.41 (SD 8.26) individual per group which was higher than the above observations and they recorded total of 108 groups comprising of 1845 individuals and the mean group size was found to be 17.10 ± 4.08. The maximum number of individuals was recorded in Pala sallu (while the minimum was in Sikandarpur Cherat in Aligarh district, Uttar Pradesh. In Aligarh district the Blue bull were congregate in forest patch due to harassment by farmers. In Bhavnagar district the number of individual in a group was vary from minimum 01 to maximum 31 individual in a group, it shows that Blue bull remain scattered in smaller group.

During the study maximum 31 individual were recorded in single group whereas minimum group size was single (01) individual. Presences of male Blue bull were 39.4% (SD+04.02), female 52.7% (SD+06.15) and presence of sub adult/ juvenile were 07.9 % (SD+01.29). Data was indicating that presence of female individual than the male was higher. Data also indicate that the group pattern in the Blue bull is very deferred than the other herbivorous animal like blackbuck, spotted deer and sambar. Blue bull of the study area were prefer to form small groups, small group get benefit when the animal enters in crop field for foraging.

We are thanking to Dr. A.H. Shukla (HoD) Zoology department and Principal Sir P.P. Institute of Science, MK Bhavnagar University for permission of the research work. Thanks to Mr. V. Z. Bhatti Principal and all staff Shri Mithiviradi primary school for their cooperation. We express our heartiest thanks to all faculties of Zoology department. 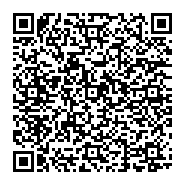