Fissured Tongue to Worry or Not to Worry?

Tongue is the site for a variety of lesions which range from insignificant mucosal changes to malignancy. Lesions over the tongue arise due to variety of causes like trauma, infection, and neoplasm or sometimes idiopathic. The lesions on the tongue generally are symptomatic, as tongue is an integral part of deglutition and speech. However some lesions do not cause any symptom, but patient present to the doctor by self-appreciation of the lesion. Fissured tongue is one such condition.

Fissured tongue also known as scrotal tongue or lingua plicata is generally an incidental finding, characterized by grooves over the dorsal aspect of the tongue, sometimes involving the lateral aspects (Figure 1). This is one of the commonest tongue abnormalities. Literature shows, wide variation in the prevalence of this condition, from as low as 0.6% in South Africa [1] to as high as 30.6% in Israel [2]. However, the study in South Africa was done in preschool children, which cannot be applied to general population. Although a specific etiology has not been identified for fissured tongue, a polygenic or autosomal dominant inheritance with incomplete penetrance is suspected, because this condition is seen with increased frequency in families of the affected [3]. This could be the reason for prevalence variability world-wide. Fissuring of the tongue is seen in patients with pernicious anemia or Sjogren’s Syndrome. It is also seen in Melkerson Rosenthal syndrome, which is associated with recurrent facial welling and lower motor facial nerve palsy [4]. Some authors believe it to be a mucosal manifestation of pustular psoriasis [5]. Occasionally fissured tongue and geographic tongue have been reported in association with chronic granulomatous diseases [6]. 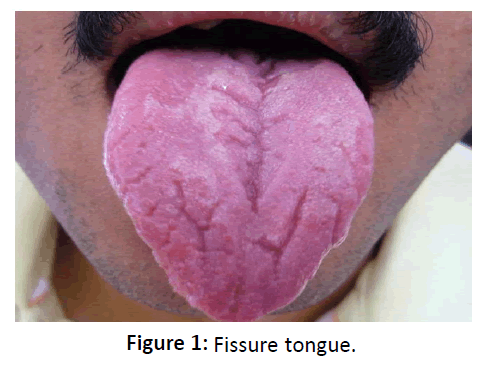 Incidence of fissured tongue progresses with age, being more common in elderly, which is thought to be due to salivary hypo function, Vitamin B12 deficiency. Kullaa-Mikkonen described two types of fissured tongue-fissure tongue with normal filiform papillae; and Fissure tongue syndrome, where fissures are associated with geographical tongue [7].

Generally, fissured tongue is detected during routine examination of the oral cavity, when a patient seeks medical consultation for some other oral health disorder. Deep fissures can result in collection of food within the groves, causing discomfort. Association of fissured tongue with geographical tongue can lead to burning sensation while having spicy food, which is due to geographical tongue (Figure 2). Sometimes, patient may seek medical consultation, after selfexamination of the tongue, with the worry of having some serious disease. While examining for fissured tongue, patient is asked to push the tip of the tongue against mandibular incisors, as the fissures may become prominent with this maneuver. 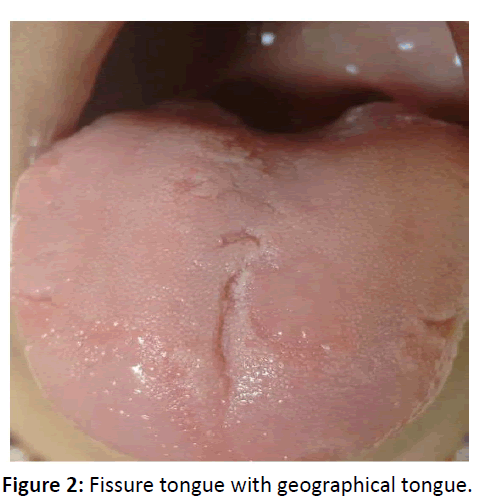 Isolated fissure itself will not lead to any further complication, but the associated diseases need to be ruled out. No treatment is necessary for fissures and person need to be informed about the benign nature of the condition, and advised to keep the groves clean with the help of brush. When the fissures are deep, infection with Candida albicans may occur, which is treated with topical antifungal medication [8].

To conclude, fissure tongue is an insignificant condition involving the oral tongue, which can be diagnosed easily by clinical examination. Association of other illness need to be ruled out, before counseling the patient about the benign nature of the nature, and advising about maintaining good oral hygiene. 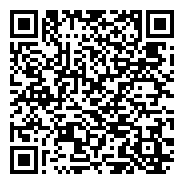