25 years female presented to ENT OPD with complaints of pain on dorsum of nose and repeated crustng in nasal cavity for the past 6-8 months. On examinaton a medium sized septal perforaton was notced in the cartlaginous septum with septal spur on right side. In This case we did repair of medium sized perforaton under local anesthesia by Mucoperichondrial Advancement ?ap.

A nasal septal perforation is a through-and-through defect in any portion of the cartilaginous or bony septum with no overlying mucoperichondrium or mucoperiosteum on either side.

Septal perforations are usually asymptomatic. However, some patients may present with a history of nasal obstruction, crusting, intermittent episodes of epistaxis, malodorous discharge from the nose, or a whistling sound during nasal breathing

Here we present a case of a young female having medium sized septal perforation in the cartilaginous septum with septal spur on right side. Endoscopic septal perforation repair was done under local anaesthesia by Mucoperichondrial Advancement flap, successfully.

25 years female presented to ENT OPD with complaints of pain on dorsum of nose and repeated crusting in nasal cavity for the past 6-8 months. She had a past history of nasal surgery 2 years back. On examination a medium sized septal perforation was noticed in the cartilaginous septum with septal spur on right side (Figure 1). She was planned for endoscopic septal perforation repair under local anesthesia. Endoscopically, incision was given along the spur and flap was raised reaching upto perforation inferiorly and posteriorly along with freshening of the perforation margins. This flap was then advanced to cover the perforation. Right sided spurectomy was also done (Figure 2). Bilateral anterior nasal packing was done which was removed after one week. Patient is now under follow up and relieved of her symptoms. Postoperative nasal endoscopy was done 2,4 weeks after surgery which showed the flap in position and in healing state. Patient is now doing well and satisfied (Figures 3 and 4). Figure 3. Repaired perforation after 1 month seen from Lt side. Figure 4. Prevalence of drugs use by age of students.

The nasal septal mucoperichondrium provides the blood supply to the septal quadrangular cartilage. Any insult to this normal anatomy can lead to the development of a perforation. A nasal septal perforation provides direct communication between the right and left nasal cavities [1].

The etiology of nasal septal perforations can be classified into the following main categories: traumatic, iatrogenic, inflammatory/malignant, infectious, and inhalant related. Most traumatic or iatrogenic perforations result from mucosal lacerations on corresponding sides of the septum with exposure of the underlying cartilage or a fracture of the cartilaginous septum. Cartilage relies on the overlying mucoperichondrium for its blood supply and nutrients. Defects in the mucoperichondrium cause ischemia of the underlying cartilage, resulting in breakdown and subsequent perforation.

Iatrogenic causes include nasal surgical procedures and nasal intubation or nasogastric tube placement. Overall, prior nasal septal surgery (septoplasty) is the most common cause of septal perforations with a risk of roughly 1% [2].

Symptoms tend to be related to the size and location of the perforation. Most symptomatic perforations are large and anterior. Posterior perforations tend to be less symptomatic than others because of humidification from the nasal mucosa and turbinates. Nasal obstruction, crusting, epistaxis, nasal discharge, parosmia, and neuralgia are commonly reported symptoms. Small perforations can cause a whistling sound with inspiration. Larger perforations can lead to atrophic rhinitis. Longstanding large perforations may even result in a saddle-nose deformity from a lack of dorsal nasal support producing both an aesthetic and functional problem.

Most septal perforations are identified incidentally during routine physical examination. Thorough intranasal examination with anterior rhinoscopy is essential. Anterior rhinoscopy may demonstrate severe crusting; all crusting should be removed to attain a thorough evaluation of the septum. Topical nasal decongestants may further assist in the intranasal inspection of the entire septum. The location of septal perforations is important because posterior perforations are typically asymptomatic compared with anterior perforations. Nasal endoscopy may assist in the evaluation of the entire septum.

The position and diameter of the perforation should be noted Nasal septal perforations may be stratified based on size, as follows:

• Placement of a nasal-septal prosthesis is a conservative intervention that may act as a temporary or long-term solution. Septal buttons have also been tried.

Surgical repair may provide a definitive solution though is accompanied by increased potential morbidity and failure. Surgery should be included in the treatment not only to close the perforation, but also to restore or protect normal anatomical structure and physiological functions.

Ozturan O [4] used auricular cartilage for interposition between mucosal flaps Endoscopically and he had success rate of 83.3%. The average perforation size in his study was 12.3 mm. Hanci D [5] included 31 patients with nasal septum perforation and did endoscopic repair using middle turbinate flap. He had success in 29 patients. Another study by Yin X [6], 12 cases were included and endoscopic repair was done using pedicled flap of nasal septum. The mucoperichondrium and mucoperioseptum around the perforation was dissected downwards and outwards to the floor of the nasal cavity to make a inferior extremity pedicle flap. This flap was then tumbled and sutured onto raw surface of the contralateral side through perforation. Comoglu S [7] repaired nasal septal perforation endoscopically in 19 patients using unilateral upper lateral cartilage inner mucoperichondrial flap and inferior meatal advancement flap. Complete closure was achieved in 18 patients.

In This case we did repair of medium sized perforation under local anaesthesia by Mucoperichondrial Advancement flap. Patient is now under follow up and relieved of her symptoms. Postoperative nasal endoscopy showed the flap in position and in healing state. Patient is now doing well and satisfied successfully. 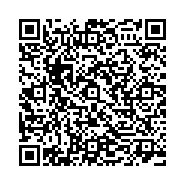