Efficient adsorption and desorption of (R,S)-2,3-dichloro-1-propanol by HZ-818 resin from waste water.

A macro porous resin-based separation method for (R,S)-2,3-dichloro-1-propanol removal from waste water and subsequent recovery from the resin was efficiently developed. The adsorption efficiency of four macro porous resins was evaluated. The results indicated that the resin HZ-818 has higher adsorption and desorption efficiency. After identifying the better eluent (ethanol) and optimum temperature (25°C), we achieved 100% separation of (R,S)-2,3-dichloro-1-propanol from the aqueous phase and recovery from the resin. Ethanol was also better to avoid damage on the structure of resin and to regenerate the resin for reuse. The method established has also a potential to be applied in the bioremediation of 1,2,3-trichloropropane contaminated waste water in larger scale by removing the (S)-2,3-dichloro-1-propanol.

Dichloropropanols are commonly used in the chemical industry, mainly as an intermediate in epichlorohydrin processing. The traditional epichlorohydrin manufacturing process proceeds via hydrochlorination of allylchloride, which yields both (R,S)-2,3-dichloro-1-propanol((R,S)-2,3-DCP) and 1,3-dichloro-2-propanol(1,3-DCP) [1,2].

When the accessibility of glycerol as a side product from biodiesel synthesis increases the traditional process is being replaced with the use of glycerol as a renewable feedstock for epichlorohydrin manufacture, again via chlorination to the same dichloropropanols or via 1-chloro-2,3-propanediol [3]. But the dichloropropanols also produced as a side product.Epichlorohydrin itself as well as the side products, (R,S)-2,3-DCP and 1,3-DCP are mutagenic, genotoxic and carcinogenic. Therefore, their release and the possibility of human exposure are of significant concern [1,4].

(R,S)-2,3-DCP is also an intermediate product in the bioremediation of 1,2,3-trichloropropane contaminated wastewater [5]. Even though the synthetic degradation pathway was effective; the S enantiomer of 2,3-DCP was less favored by the enzyme halo alcohol dehalogenase (HheC), which is one of the enzymes used in the bioremediation process [6,7]. The less activity of the enzyme to S-2,3-DCP makes the pathway to take a prolonged time to fully convert the intermediate product to the targeted product glycerol.

(R,S)-2,3-dichloro-1-propanol ((R,S)-2,3-DCP) in the enantio pure form is useful as chiral building blocks for the production of industrial and pharmaceutical important chemicals. The (S)-2,3-dichloro-1-propanol ((S)-2,3-DCP) can be used as a key precursor for the synthesis of (R)-epichlorohydrins, β-blockers, L-carnitine and Platelet Activating Factor (PAF) [8,9]. This indicates the paramount importance of separating S-2,3- DCP from the aqueous medium rather than taking a long time to degrade it.

Macroporous resins were used as sorbents in the extraction of different compounds from aqueous solutions. Examples of resins used to adsorb organic compounds from an aqueous solution are, HZD9 which was used for the in-situ removal of epichlorohydrins to enhance production efficiency, HZ818 used for the separation of mogroside V from Siraitia grosvenorii and in situ product removal of 2-phenylethanol for enhancement of production [10-14].

In this study, we have tried to set up a process for a successful adsorption and desorption strategy using an adsorbent resin and eluent solvent. A suitable macroporous adsorbent resin was chosen and an efficient desorption method was investigated.

Different macroporous resins (HZD 9, HZ 806 and HZ 818) were provided by the Shanghai Huazhen Science and Technology Company (Shanghai, China). The physical and chemical properties of those resins were listed in Table 1. Racemic (R,S)-2,3-DCP were purchased from Alfa Aesar (Ward Hill, MA).

Table 1. The chemical and physical characteristics of resins.

10 ml aqueous solution containing 5 mM (R,S)-2,3-DCP was transferred into a 25 ml screw caped bottle. Each resin was added separately into the flask at 10% (wet w/v). The adsorption was carried out at 180 rpm and 45°C for 1 h. The choice of these resins was dependent on their adsorption abilities.

The affinities of the selected adsorbents for (R,S)-2,3-DCP were investigated as shown in Figure 1. The choice of the most suitable adsorbent was based on a strong affinity and ease of recovery. After 1 hour incubation, all the four resins adsorbed (R,S)-2,3-DCP. While HZ-818 had a relatively higher adsorption efficiency of 65%. The adsorption capacity of HZD-9 was the poorest, only 13.5% of the compound was adsorbed. Figure 1: The adsorption ability of a resins: Four resins (HZ-818, HZ-806, 717, HZD-9 were tested. The resins used were 10% (wet w/v. Initial concentrations of (R,S-2,3-DCP was 5 mM in phosphate buffer (50 mM and pH 8.0. Adsorption was carried out on a rotary shaker with 180 rpm at 25. After a 1 hour adsorption, the process was stopped and the concentrations of 2,3-DCP in the aqueous phase were analyzed by GC. All experiments were conducted in duplicate, and the results were expressed as mean ± standard deviation.

Different solvents, hexane, ethanol, ethyl acetate, DMSO and acetone were used to conduct desorption experiments from the resin. In each bottle after static adsorption, removed the buffer, added 5 mL of different organic solvents, and desorbed at 25 and 180 rpm for 1 hour. Calculated the desorption capacity to determine the better eluent. As shown in the Figure 2, ethanol and acetone shows the highest desorbing efficiency (Table 2). Figure 2: Choice of eluant: Initial concentrations of (R,S)-2,3-DCP was 5 mM in phosphate buffer (50 mM and pH 8.0. Adsorption was carried out on a rotary shaker with 180 rpm at 25. After a 1 hour adsorption, the process was stopped and the concentrations of 2,3- DCP in the aqueous phase were analyzed by GC. The aqueous phase was removed and 5 ml of the eluant added. Incubated for 1 hour and drawn sample analyzed by GC. All experiments were conducted in duplicate, and the results were expressed as mean ± standard deviation.

Effect of temperature on the elution efficiency

The effect of temperature on the elution of (R,S)-2,3-DCP is investigated. The highest elution efficiency achieved at (25 and 30) . Further increase decreases the elution rate. 25 was selected for further application (Figure 3). Figure 3: Effect of temperature on desorption: Initial concentrations of (R,S-2,3-DCP was 5 mM in phosphate buffer (50 mM and pH 8.0. Adsorption was carried out on a rotary shaker with 180 rpm at the assigned temperature. After a 1 hour adsorption, the process was stopped and the concentrations of 2,3-DCP in the aqueous phase were analyzed by GC. All experiments were conducted in duplicate, and the results were expressed as mean ± standard deviation.

A macro porous resins separation process for the separation and recovery of (R,S)-2,3-DCP from treated waste water was developed. HZ-818 resins were tested and found suitable for this separation. The separation permits to extract (R,S)-2,3- DCP with high purity. It can be applied in the bioremediation of TCP; it lowers the incubation period of the enzyme and the amount of enzyme loaded to degrade the less favored enantiomer (S)-2,3-DCP in the pathway, easy recovery of the product. 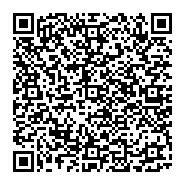