Objectives: To observe the effectiveness of different targeted temperature management (TTM) methods in patients with acute cerebral infarction (ACI) and explore the most feasible cooling strategies for ACI.

Acute cerebral infarction (ACI) is a common critical illness, with relatively high disability and case-fatality rates [1]. ACI patients are often accompanied with consciousness disturbances, swallowing dysfunction, limb dysfunction, and in dwelling of a variety of invasive catheters, which can easily lead to infections. Infection is the main cause of early fever in ACI patients [2,3]. In addition, fever may also be associated with necrosis and edema secondary to infarction or hemorrhage [4]. In the pathogenesis of fever following ACI, the ischemic infarction often involves the hypothalamus; the hypothalamic ischemic injury can cause the damage of the temperature-regulating center, resulting in central fever, which is another key factor in the early fever of ACI. [5]. Animal studies have demonstrated that fever is a risk factor for the worsening of ischemic cerebrovascular disease, and such harmful effect can persist even within several days after the ischemia [6,7]. In addition, clinical studies have also revealed that fever is an independent risk factor of the poor prognosis of stroke and is closely associated with mortality and cerebral infarct volume [8,9]. Central fever occurring early will further aggravate the condition, reduce the level of prognosis of patients [10,11]. Therefore, for ACI patients requiring proactive prevention and control of infections, controlling the increase of body temperature may be helpful to improve the prognosis.

In our current study, by comparing the use of different targeted temperature management (TTM) methods, which included ibuprofen cooling (a drug cooling method) and ice-bag cooling (a physical cooling method), in ACI patients, we tried to identify a safe and effective therapeutic hypothermia method.

A total of 227 ACI patients in the Neurointensive Care Unit of South Hospital of Southern Medical University from June 1, 2012 to May 31, 2015 were enrolled in this retrospective study. Through consulting the patient’s records where previously treated by others, patients were divided into four groups according to the presence or absence of fever and the specific TTM method applied: control group (n=63, with normal body temperature), group A (ibuprofen alone, n=53), group B (ice bag alone, n=49), and group AB (ibuprofen + ice bag, n=62).

This study has been approved by the ethics committee of our center. Written and verbal informed consent was obtained from all patients’ caregivers.

Patients with the following conditions were excluded: transient ischemic attack (TIA); recovery period or sequelae of acute cardiovascular disease (ACVD); cerebral infarction caused by subarachnoid hemorrhage and trauma; lack of clinical data on body temperature and other required information; and use of cooling methods other than ibuprofen and ice-bag cooling.

Data were processed using SPSS 19.0 software. Two independent-samples t-test and one-way ANOVA were applied for the comparisons of normally distributed measurement data among groups; for non-normally distributed measurement data, non-parametric Wilcoxon rank sum test was used. The intergroup comparisons of the count data were performed using the 2 tests. A value of P < 0.05 was considered statistically significant.

Totally 457 ACI patients were treated in our center from June 1, 2012 to May 31, 2015. After 49 patients with incomplete clinical data and 181 patients who had used cooling methods other than ibuprofen and ice-bag cooling were excluded, 227 patients entered the final analysis. The four groups showed no significant difference in terms of age, sex, location of infarction, infarct volume, high-risk factors, indwelling catheter, infection type, ibuprofen dosage, frequency of administration, Glasgow Coma Scale (GCS) scores and National Institute of Health stroke scale (NIHSS) scores at admission. The TTM effectiveness was comparable among these four groups in Table 1.

Table 1: Characteristics of four groups of patients with acute stroke. 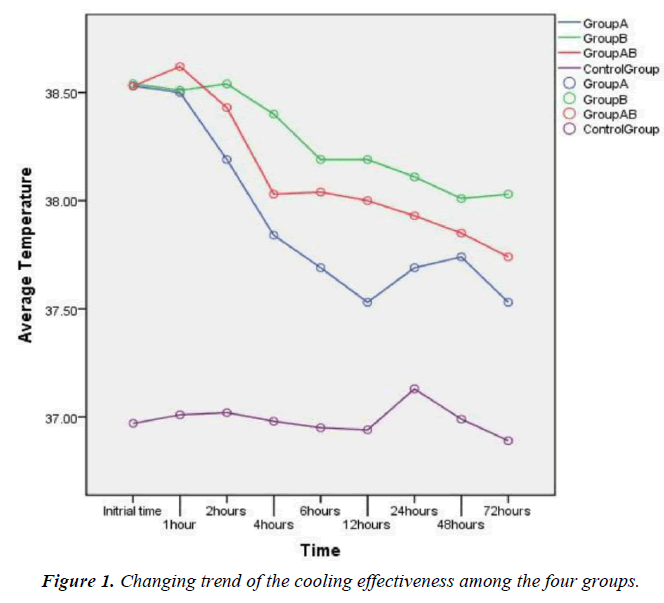 Figure 1: Changing trend of the cooling effectiveness among the four groups.

Body temperature is positively correlated with oxygen consumption and blood flow of the brain. When the body temperature drops by 1°C, the brain oxygen consumption and blood flow will decrease by 6.7% [12]. Fever aggravates brain damage and thus affect the prognosis and even endanger the patients; thus, TTM for ACI patients with fever is particularly important in clinical settings. Although the effectiveness of TTM in ACI patients have been well recognized in recent years, this technology has not been widely applied due to its high requirements on equipment, invasiveness of the operation, and low awareness among patients and their families [13]. Brain tissue damage caused by fever is a complicated process, which is currently explained by the following mechanisms: a) The levels of some excitatory neurotransmitters such as glutamate, gamma-aminobutyric acid (GABA), and glycine increase with high body temperature and decrease with low temperature [14,15], and when at high levels they can aggravate brain injury; b) hypothermia can reduce free radical production, whereas hypothermia increases free radical 124 production and thus leads to late neuronal death [16]. c) in animal experiments, the amount of protein cross blood brain barrier decreased at low body temperature (30°C to 33°C) and increases at high body temperature (39°C) [17]. d) Hypothermia reduces cerebral metabolic rate [18], and thus decreases lactate accumulation following ischemia; in contrast, hyperthermia aggravates lactic acidosis and promotes neuronal death [19]. In a meta-analysis on the prognosis of similar patients in 39 studies, DM Meta et al found that fever patients with ischemic stroke, hemorrhagic stroke, or traumatic brain injury had relatively higher disability rate and case-fatality rate, longer ICU stay and prolonged hospitalization [20]. Therefore, for patients with ACI, body temperature, appropriate increase in body temperature may be allowed, and rational TTM measures should be taken to cool the body temperature. In our current study, the patients' body temperature was above 38°C (and even 39°C) when the cooling method was initiated.

Currently, the commonly used cooling strategies include drug cooling and physical cooling. Non-steroidal anti-inflammatory drugs (NSAIDs) are the mainstream drugs used for therapeutic hypothermia. As an NSAID, ibuprofen is initially used as an antipyretic drug for children due to its high safety [21]. The common physical cooling methods in clinical settings include ice bag, alcohol sponge bath, medical cooling blanket, and intravascular cooling; many studies have demonstrated the effectiveness of these methods. In particular, ice bag has been widely applied due to its simplicity and affordability. Therefore, in our current study, we retrospectively compared the cooling effectiveness of three methods: ibuprofen alone, ice bag alone, and ibuprofen + ice bag.

It has been widely recognized that interventions should be provided as early as possible for fever in ACI patients; however, no consensus has been reached on how to carry out the intervention [15,27,28]. Fever management mode has not been available in most hospitals, which may be due to the lack of evidences on how to treat fever effectively and whether the treatment of fever is beneficial to the patient's prognosis [29]. Clinically fever is typically assessed by nurses, who often will take the initial cooling measure (i.e., physical cooling). However, as shown by studies on fever management practices among neuroscience nurses [30-32], nurses often have not adequately grasped the definition of fever, the rational cooling methods, and the correlation between fever and secondary brain injury; thus, they cannot effectively cooperate during cooling treatment. However, improper treatment of fever can easily cause infections and prolong treatment time [25,26]. Ice bag is cheap and simple, and thus has been widely applied in clinical settings. However, physical cooling will cause chills and increase metabolism and oxygen consumption, which makes the cooling method become less effective and increases brain burden. In addition, research shows that the ice in ice bag has sharp edges and is easy to melt, which may cause adverse reactions such as flushed skin or discomfort in the patients; in severe cases, it may lead to local skin lesion [27]. The results of this study show that compared with ice bag alone or ice bag + ibuprofen, the effectively of ibuprofen alone in lowing body temperature and TTM was the best choice.

Our current study was limited by its small sample size. More attention should be paid to the effect of fever on the prognosis in ACI patients, in whom appropriate cooling measures should be applied based on their specific disease conditions. Meanwhile, further training should be provided to the nurses based on clinical evidences to optimize TTM. Last, the sample of patients included in this study are within a moderate severity GCS around 10, however, it is unknown whether the patient with lower GCS score responds to these measures and we need more studies on this point with more details in the future.

In this retrospective study on the commonly used cooling methods for ACI patients, the effectively of ibuprofen alone in lowing body temperature and TTM was remarkably better than ice bag alone or ice bag + ibuprofen; meanwhile, it is easy to use and has less adverse reactions/complications. It is recommended that further large scale randomized controlled trials be performed in order to fully establish the safety and support the efficacy of erythropoietin administration in patients with traumatic brain injury. 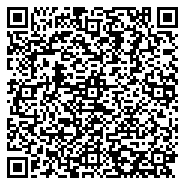