ECOLOGICAL STATUS OF WATER LAKE (KANMAI) IN AND AROUND KADAICHANENTHAL AT MADURAI DISTRICT, TAMIL NADU, INDIA: A PRELIMINARY STUDY

In present study carried out the butterflies’ 34 species and 5 families, Birds 24 species, 5 order and 13 families and Dragonfly 13 species and 3 families is recorded. The present study location is also facing tremendous conservation challenges by the impact of anthropogenic alteration of the habitats in and around the lake. In this paper showing a baseline data of butterfly, birds and Odonatas.

Aquatic ecosystems are important one which provide livelihoods for the millions of people who live around them. Man depends ponds for most of his needs like fishing, agriculture, irrigation, and other domestic purposes. Ponds are playing a very good role in rain harvesting, storage of water and regulation of ground water level. So in order to maintain the ground water level we must conserve ponds and pond habitat [1]. The order Lepidoptera is divided into two suborders viz., Heterocera (Moths) and Rhopalocera (Butterflies). So far, about 1,57,424 species of Lepidoptera have been described globally [2]. There are about 18,000 species of butterflies in the world and India has 1,501 species of butterflies [3]. The Western Ghats harbours around 330 species of butterflies. The main causes for the decline of butterfly populations are deforestation, habitat destruction for urbanization, industrialization and agriculture causes changes in temperature, humidity and rainfall. Prevalence of unfavorable weather conditions often affect habitat suitability leading to local extinction of butterflies. Unfortunately developmental activities and resulting habitat fragmentation create threats to the survival of butterflies worldwide.

India is a home of many species of birds including local as well as migrant birds. Water birds are ecologically dependent on wetlands. They play an important role in human life on culturally, socially, scientifically and as a food resource. The Indian subcontinent supports diverse avifauna (1370 species i.e. 13% of the world’s birds) and which includes 141 endemic species [4]. Tamil Nadu is known for its rich diversity of avifauna with more than 450 species including several endemic and conservation prioritized species [5]. Wetlands and water birds are inseparable elements; wetlands are serve as a reservoir for sustaining native flora and fauna [6]. The aquatic birds are important bio-indicators of lake ecosystems which should be protected to conserve the biodiversity and environment [7].

Wetlands in India face tremendous anthropogenic pressure mainly due to the release of domestic sewage, industrial effluents, dumping of solid waste, over-exploitation of the natural resources and conversion of wetlands into barren lands. This resulted in biodiversity loss and disturbance of the wetland services [8]. This loss of wetlands has dangerously reduced the availability stopover sites for migrating birds and has increased the importance of remaining wetlands to migrants as well as nesting species.

Odonates are playing an important role in climate change mainly due to evolutionary history and its adaptations. Odonata (dragonflies and damselflies) are gorgeous aquatic insects distributed throughout the world. Globally, 5952 species of Odonates under 652 genera have been reported. In India, 474 species and 50 subspecies which belongs to 142 genera and 18 families were recorded [9].

The aim of current study is to find out the current status of butterflies, birds and Odonatas in kadaichanenthal lake and The study was also intended to generate baseline reference data to evolve a suitable for Healthy ecosystem.

Kadachanendhal (9.9248537, 78.1450406) is a Locality in Madurai West City in Tamil Nadu State, India (Figure 1). Showing the lake of kadaichanenthal (Figure 2). Showing the growing of weeds and lotus. Butterflies and Birds were primarily identified directly in the field by observation and use of the field guide. The difficult cases followed capture or photography of the species. This wetland provides water for fishing activities or aquacultural practice as well as irrigation to surrounding agricultural lands. Figure 2: A view of growing weeds and lotus in kadaichanenthal lake.

A total of butterflies 34 species and 5 families were recorded from the study area (Table 1). The family is are Hesperiidae (5 species), Lycanidae (6 species), Nymphalidae (14 species ), Papilionidae(4 species), Pieridae (5 species) (Figure 3). In many ecologically stable communities, plants have a strong role in the determination of the structure of the community and the eventual faunal survival in it [10]. The growth rate of Lepidopteran individuals depend on the host plants with constitute the nutritional composition of the insects. For butterflies, it is important to have sufficient food sources for caterpillars and adults. We need to focus on species diversity and representation of flowering plants in the habitat. Localities should have a minimum size (which is different for each species) and should not be too far apart from each other to prevent populations from isolation. Only like that they will be able to function properly and maintain the necessary number of individuals and genetic diversity, which is necessary for theirs sustainable development [11]. Figure 3: Distribution of families of Butterflies in kadaichanenthal lake (kanmai).

The most important threat to butterfly diversity is urbanization. Complete eradication of greenery in an area drives the butterfly population away since there is a lack of food and reduced chances to increase the progeny. Human activities have an undeniably strong influence on the biodiversity of all existing species. Due to the availability of varied sources of feed as well as foraging, the rich diversity of the birds were documented during the present study. The wetlands provides heterogeneous feeding habits to avifauna [12].Wetland habitat by supporting different food sources like planktons, fishes and invertebrates, further adding to the diversity of the wetlands [13]. The present study area of kadaichanenthal lake recorded of birds 24 species, 5 order and 13 families (Table 2). The family wise distribution stutes recorded families are Ardeidae (4 species), Charadriidae(3 species) Ciconiidae(1 species), Columbidae(2 Species), Muscicapidae (4species), Motacillidae (2 species), Dicuridae (2species), by following families are only one species recorded Laridae, Passeridae (1species), Phasianidae, Phoenicopteridae, Rallidae, Threskiornithidae (Figure 4). Figure 4: Distribution of families of Birds in kadaichanenthal lake (kanmai). Environmental factors like water quality, altitude and nutrient supplements influenced the diversity of aquatic fauna and also showed great impact on species richness [23]. Several investigators have reported that dragonflies and damselflies are very common in rice agroecosystem. Kandibane have recorded 12 species of Odonata under three families in rice fields of Madurai, Tamil Nadu. More than 70 per cent species belonging to these families that occur in India are endemic to Western Ghats [24]. Libellulidae and Gomphidae are well-distributed Anisopteran members across Indian subcontinent, with few species restricted to Western Ghats and/or northeast India [25- 27]. It is opined that in place wherever deforestation, canalization of water bodies, urbanization, industrial development and disturbance of the natural cropping systems with agrochemicals was seen, dominance of Libellulidae was observed [28,29].

The study documents the rich avifauna shows that the area still provides some potential habitats for declining population of the species. Study area is situated near the city. So it has high human interference. Anthropogenic activities may be the reason for depressed species diversity. Unfortunately, these regions are getting invalid by commercial activity due to urbanization. There is a need to monitor this area systematically with focused study and a conservation plan should be under taken by the government to save the urban species and their sustainable production. 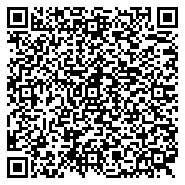