According to the World Health Organization violence is one of the main factors that contribute to death, disease and disability. The Mexican National Survey on Violence reported that up to 33% of health care users experience abuse from their current partner. In 2012, the American Academy of Neurology underscored that patients with neurologic disabilities are more vulnerable to abuse or neglect Multiple sclerosis (MS), is a chronic disabling disease with an unpredictable course that affects young adults, frequently disrupting their social, occupational and family areas of functioning. The type of disabilities that persons with MS (PwMS) exhibit make them more susceptible for physical, psychological and sexual abuse from diverse perpetuators: family members and partners to society in general. Comprehensive neurorehabilitation programs need to be implemented.

According to the World Health Organization violence is one of the main factors that contribute to death, disease and disability [1]. The Mexican National Survey on Violence reported that up to 33% of health care users experience abuse from their current partner [2]. In 2012, the American Academy of Neurology underscored that patients with neurologic disabilities are more likely to receive abuse or neglect [3] Multiple sclerosis (MS), which prevalence in Mexico is 12 to 15 per 100,000 inhabitants, is a chronic disabling disease with an unpredictable course. It affects young adults, frequently disrupting their social, occupational and family life [4,5]. The disabilities that a person with MS (PwMS) have make them vulnerable to having more probabilities of being physical, psychological and sexual abused by a variety of perpetuators including family members, friends and colleagues [6].

On the other hand, there is evidence that shows that there is a positive association between neurorehabilitation and improvement of quality of life in PwMS [7]. A study pointed out that neurorehabilitation can improve overall functioning of PwMS; ameliorate symptoms that are not manageable by drug treatment and bringing out self-performance and independence. However, treatment should be very specific according to the patient’s needs and the demands of their surrounding environment. At a certain degree, reconditioning depends on adequate use of social support at home [8]. Violence towards PwMS generates an unfavorable context for appropriate adherence and adaptation to neurorehabilitation programs.

The objective of this study is to present the prevalence and type of violence among PwMS and their caregivers and to suggest a comprehensive neurorehabilitation model.

This study is part of a broader research project on Violence and Neurological Diseases. From December 2009 to march 2011, 269 dyads were interviewed at the National Institute of Neurology and Neurosurgery of Mexico (NINN). The sample included patients and caregivers that attended follow-up visits to the multiple sclerosis clinics. The caregivers were selected by the researchers and defined as the person who accompany PwMS the majority of the time and cover their basic needs in terms of care, essentials, and supervision in the home. We only included participants who had a pair that is we only interviewed a PwMS only if he/she had a caregiver that met the criteria described above and if both wanted to participate.

Patients and caregivers were assessed separately. Sociodemographic data of both participants included age, gender, marital status and level of education. Duration of illness and patient’s cognitive function were registered. Patients with cognitive decline assessed by the Pfeiffer [9] questionnaire were excluded. The latter is a screening test of cognitive impairment, validated in Spanish through a cross-cultural adaptation that has proved acceptable and similar parameters from the original version [10]. Caregiver data included years of taking care of the patient, hours per day, and overburden assessed by the Zarit questionnaire, the most widely used instrument to assess overload in caregivers. The type of relationship was classified according to family ties and by gender. Violence was assessed using the National Survey of violence against women (ENVIM per its abbreviation in Spanish). According to this instrument violence is present when one or both of the members exhibit psychological, physical or sexual violent behaviors in more than one occasion.

According to the World Health Organization violence is the intentional use of physical force or power, threatened or actual, against oneself, another person or a group or community, which either results in or has a high likelihood to cause injury, death, psychological harm, development disorder or deprivation [11]. The scale used for this research measured the frequency of violent actions in the last year prior to the interview. It consisted of 30 items obtained from the Index of Spouse Abuse (ISA) and Severity of Violence against Women Scale (SVAWS); and two items related to wealth and financial violence. This scale measured the severity of physical violence: pushing, hitting, firearm or stab wounds; emotional violence: intimidation, humiliation, threats of physical violence; sexual violence: sexual act committed against women without her freely given consent; and financial violence: the exercise of power over a persona by controlling the access to money or assets [12]. Some examples of the questions are:

Have you suffered an attempt of strangulation or suffocation?

Have you been forced to a sexual act with her/him?

Does he/she control you by giving you money or taking it from you? Did he/she take away or used your wealth against your will?

We used descriptive statistics in terms of central tendency and dispersion measures in the case of numeric variables and proportions in relation to nominal variables. To compare proportions between violence and the variables in the context (caregiver’s burden, health status perception, anxiety, depression, experience of excess of Control from the caregiver) a contrast nonparametric analog test (Kruskal-Wallis H) was applied.

The study protocol was revised and approved by the Ethics Committee of NINN, and meets the standards of the Declaration of Helsinki in 1995. All participants signed an informed consent form before they underwent any assessment related to the study. Anonymity and confidentiality were guaranteed in all cases. 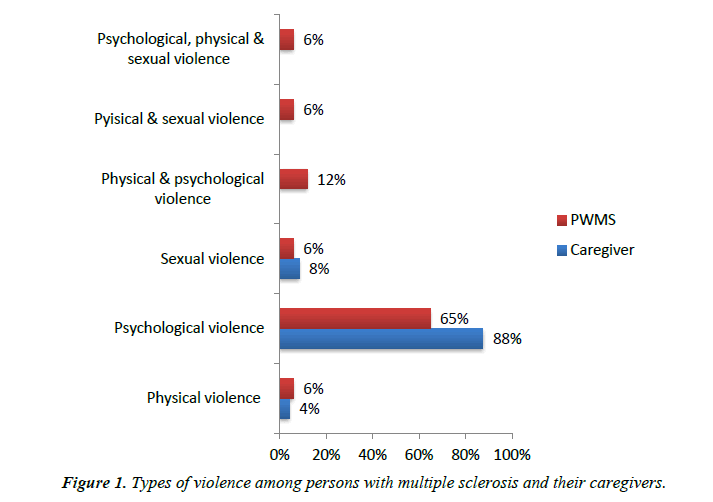 Figure 1: Types of violence among persons with multiple sclerosis and their caregivers.

The violence experienced by PwMS from their caregivers is not severe, but hinders the process of care. [14] In addition to the disease this situation prevents the development of patients in various areas. According to WHO people with unattended abuse suffer more health problems, long-lasting disability, loss of potential; decline in the quality of life and self-care capacities [11].

PwMS exhibit difficulties in recognizing that they are experiencing maltreatment due to the phenomenon of normalization of violence. Copel [15] explains a model where stressors related to health problems, financial difficulties and unmet emotional and sexual needs accumulate. These stressors exceed the ability to cope bringing about abuse episodes, separation and distraction periods and a return to a superficial normal.

In our study the caregivers’ lack of health literacy worsened this situation. As known, in MS symptoms can last hours to days and then remit. Additionally common symptoms such as numbness, fatigue, loss of vision, dizziness and weakness are subjective and sometimes invisible to others. When PwMS complain they are frequently discredited and neglected.

The models for violence care and prevention that have been implemented in Mexico are based on a population approach or what is known as universal prevention. In these, efforts are directed to the entire population without the assessment of individual risks. This model aims to contain the victims, providing them with health, legal and occupational skills in order to reintegrate them to society [16]. Persons with disabilities receive scarce benefits from these interventions that neglect their personal contexts and needs. In many cases PwMS that are enduring abuse from their caregivers are dependent on them for daily living activities without having other persons to ask for aid. Frequently their physical disabilities hinder their suitability to obtain a job, and there is a general lack of facilities that enable them to reincorporate to society. [17] The lack of interventions that address the particular context of disability and violence is a barrier for PwMS to overcome this issue.

A suitable model to address violence against PWMS is the “Highrisk approach” that focuses in the understanding of the particular factors that elevate the risk and reduce them. Education to PwMS and their caregivers on the specific symptomatic presentation and disability associated to MS is essential. Besides prevention, this model also includes programs of multimodal training and counseling that target individuals who have already been violent or who have been victims of violence. This approach could be complemented with the “social ecological model” who posits that “the experiences and attributes of individuals that contribute to violence and its prevention are nested within and influenced by increasingly broader social contexts” [16]. Violence among PwMS and their caregivers is localized at the “relationship”- level. In Mexico, the lack of health facilities and programs for rehabilitation directed to persons with disabilities including PwMS, leaves the caregiver as the only person that has contact with the PwMS. Such a close relationship in a context of high levels of stress facilitates maltreatment.

Accordingly, we propose the implementation of comprehensive neurorehabilitation programs as part of the healthcare services that address PwMS particular needs; where they could make peer relationships and perform activities suited for each individual. In many cases, previous to the onset of MS most PwMS had an occupation that was disturbed or interrupted by the disease. The implementation of programs aimed to overcome disease-related obstacles could help them retake their skills and reintegrate to society.

Some studies of adherence indicate that the lack of family support brings negative influence to the rehabilitation process [20]. Violence should be addressed in every neurorehabilitation program. Maltreatment must be dealt with in order to improve adherence and success of other interventions of neurorehabilitation such as physiotherapy, cognitive rehabilitation, psychotherapy among others [18,19]. If harmonious spaces and psych- social relations free of violence are achieved, the treatments would be more effective, improving the quality of life and the management of the psychosocial burden generated by morbid processes.

Some of the limitations of this study relate to the difficulty in obtaining a representative sample. It is a pioneering, exploratory and descriptive study of violence among caregivers and patients with Multiple Sclerosis in Mexico. A longitudinal study that addresses in greater depth the association between efficacy of neurorehabilitation and contexts of violence would be optimal.