Nasal polyposis (NP) is a chronic inflammatory illness affecting the mucosa of the nose. It is characterised by the appearance of several grey nasal polyps that originate from the middle meatus and are distributed bilaterally. NP affects 0.5 percent of the population, with eosinophilic nasal polyposis (ENP) accounting for 85% of cases and non-eosinophilic nasal polyposis (NENP) accounting for the remaining 15% . Mucovisci-dosis and cystic fibrosis are two diseases that have concomitant NENP (CF). This is a congenital autosomal recessive condition that affects one person out of every 2,500. Exocrine gland dysfunction, persistent lung congestion, and pancreas failure are all symptoms that patients suffer. Polyps can be found in 20% of the patients. Several pathogenic processes, including allergies and inflammation, have been postulated to explain its emergence. Although allergic rhinitis is caused by IgE, it affects only 1.5 percent of patients with polyposis, and identical levels of immunoglobulin E were found in both allergic and non-allergic individuals' polyps. The pathophysiology of nasal polyps has recently been explored by looking at the inflammatory microenvironment, cytokines, adhesion molecules, and ion transport.

Eosinophils and mediators such interleukins 4 (IL-4), 5 (IL-5), 6 (IL-6), 8 (IL-8), granulocyte-macrophage colony-stimulating factors (GM-CSF), and interferon gamma (IFN-) were given special attention after higher levels were found in individuals with ENP1. Unfortunately, few studies on NP and the involvement of cytokines in CF have been published. As a result, the goal of this study is to use reverse transcription polymerase chain reaction to examine the expression of messenger ribonucleic acid (mRNA) for IL-4, IL-5, IL-6, IL-8, GM-CSF, and INF- in cystic fibrosis patients and healthy controls (RT-PCR). Inflammatory cells (lym-phocytes, eosinophils, and neutrophils) and constituting cells both produce cytokines (mastocytes, fibroblasts, epithelial cells, and macro-phages). They control biological processes like as growth, cell activation, chemotaxis, inflammation, immunity, tissue repair, fibrosis, and morphogenesis among others. In ENP, the profile of cytokines and inflammatory cells is well documented however, little is known about the pathophysiology of NP and cytokines in CF patients. The major cytokine linked to NP in CF patients is interleukin.

When comparing such patients to ENP individuals, some studies have found higher levels of IL-8 and neutrophils. Neutrophils and their byproducts such as elastase, oxidants, and IL-8 are the main producers of IL-8. It's worth noting that, similar to what was seen in this study, elevated IL-8 levels are a result of acute bacterial infection. Both nasal and lung secretions had normal IL-8 levels in the absence of infection, which was one of the study's exclusion criteria. The generation of cytokines like IL-6 and GM-CSF by the respiratory epithelium has an impact on polyp inflamma-tory mediation, particularly in ENP. Unlike previous studies that showed large epithelial lesions and corresponding increases in GM-CSF and IL-6, this study found a wide range of normal values for such cytokines in nasal polyps, implying greater epithelial integrity on NP in CF patients and a lower involvement of IL-6 and GM-CSF in this micro inflammatory environment. In patients with ENP, eosinophils displayed IL-5 genetic expression.

RT-PCR analysis revealed that the expression of interleukins and GM-CSF mRNA was similar in the control and cystic fibrosis groups. Cystic fibrosis patients have low INF- levels and a tendency to have higher IL-4 levels. 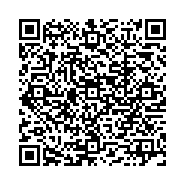