Ctenophores, also known as sea gooseberries, sea walnuts, and comb jellies, are ferocious predators. They don't have stinging cells, however they superficially resemble one other in various ways. Instead, ctenophores have sticky cells called colloblasts that help them capture prey. These are a group of marine invertebrates, also referred to as comb jellies, that live in saltwater. They are the largest animals that swim with the aid of cilia and are famous for the groups of cilia they utilise. A few species have mouth cilia designed specifically for eating gelatinous food. The exceptions are the juveniles of two species, which live as parasites on the salps that the adults of their species feed on. The majority of ctenophores are predators, consuming prey ranging in size from microscopic larvae and rotifers to the adults of small crustaceans.

Their bodies are made up of a mass of jelly with an outer layer that is two cells thick and an inner cavity that is lined with another layer of jelly [1]. The phylum contains a diverse array of body types, such as the egg-shaped cydippids with retractable tentacles that catch prey, the flat, typically combless platyctenids, and the large-mouthed beroids that feed on other ctenophores. The Ctenophores are a more complex animal phylum than sponges, comparable to cnidarians in complexity, and less complex than bilaterians. Both ctenophores and cnidarians, unlike sponges, have cells joined by intercellular connections and basement membranes that resemble carpets, as well as muscles, neurological systems, and some have sense organs. Only a few ctenophore species lack colloblasts, which are sticky and adhere to prey and set Ctenophores apart from all other animals [2].

Cnidarians and ctenophores feature a middle layer of jelly-like material known as the mesoglea that is sandwiched between two main layers of cells, similar to sponges and cnidarians. More complicated creatures have three major cell layers and no intermediate jelly-like layer. As a result, together with sponges, ctenophores and cnidarians have historically been classified as diploblastic [3]. Because both ctenophores and cnidarians possess a form of muscle that develops from the central cell layer in more sophisticated creatures, some modern textbooks categorise ctenophores as triploblastic, while others continue to categorise them as diploblastic. The largest non-colonial animals that primarily move by means of cilia are called ctenophores. The majority of species have eight rows of cilia, or combs, that span the length of their bodies. The combs are stacked along the comb rows such that as the cilia beat, those from one comb hit the comb below [4].

The Ctenophore phylum includes a diverse array of body types, such as the flattened, deep-sea platyctenids, in which the adults of the majority of species lack combs, and the coastal beroids, which lack tentacles and feed on other ctenophores using their enormous mouths and rows of large, stiffened cilia that serve as teeth. Like cnidarians, ctenophores have bodies made of two epithelia, layers of cells connected by intercellular connections and a fibrous basement membrane that they secrete, and a comparatively thick, jelly-like mesoglea sandwiched between them. Ctenophores feature two layers of cells instead of just one, and some of the upper layer cells have several cilia per cell [5]. The sensory cells, mucus-secreting cells, interstitial cells, and cells that can differentiate into other cell types make up the epidermis' outer layer. The outer layer of the body also comprises cells with numerous big cilia that are utilised for motility or colloblasts, which are used to catch prey along the surface of tentacles.

The mouth, which is often closed by muscles, the pharynx, the stomach-like region in the middle, and a network of internal canals are all formed by the internal cavity. The mouth and throat, the roots of the tentacles, all along the underside of each comb row, four branches around the sensory complex, and two of these four branches at the far end from the mouth branch through the mesoglea to the most active portions of the animal. The gastrodermis, an epithelium, lines the cavity's interior surface. There are cilia and well-developed muscles in the pharynx and mouth. The gastrodermis differs on the sides closest to and farthest from the organ it serves in various areas of the canal system. 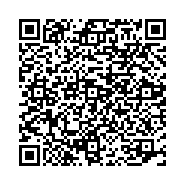