LentiCRISPR/Cas9-V2 is one of the most popular gene editing and knockout (KO) tools. The Lentiviral vector V2mO (CRISPR/Cas9-V2-mOrange) added a visual marker for the easy monitoring of Lentiviral Production, Transduction efficiency and cell sorting. It provides the estimation of gene editing efficiency by simple calculation of aberrant cells from total cells based on a PCR electropherogram from a cell pool, and it also details a method of gene rescue by overcoming Cas9 editing to KO essential genes, doxycyclineinducible (Dox) lentiviral systems may be used to maintain transduced cells viable while Dox-induced treatment is used to study downstream effects in genes of interest. Low levels of Dox induction may abate Cas9 overexpression in order to reduce off target editing. A new trend of employing RNA editing without genome alteration using Cas13, ADAR and APOBEC1 has become a hot topic, as these editing techniques may hold the promise of altering RNAs by a single nucleotide conversion or even introducing stop codons, although those systems need further improvements and discoveries.

CRISPR/Cas9 is a powerful, easy-to-design, cost effective, Versatile and efficient gene editing and knockout (KO) tool. In both 2013 and 2015, Science selected it as the Breakthrough of the Year, and in 2017 the journal heralded the precise base editing technique of a variant CRISPR/Cas system by giving it the same honor. Even though three versions of PLentiCrisprV(V1, V2, and V3) have been developed in the Field of gene editing and disruption, the second version PLentiCrisprV2 remains the most popular and widely used vector for gene function studies. However, many gene KO experiments with LentiCRISPR/Cas9 regardless which version used, have failed in research labs. The reasons for the failures may include less optimal Condition of HEK293T cells for viral packaging, low titers of lentiviral Cas9 for cell transduction less optimal gRNAs, a lack of good selective markers for the selection of Cas9-expressed cells, low transduction efficiency for primary cells or primary-like cells, and unedited or wildtype (WT) or WT-like cells overtaking over edited cells. 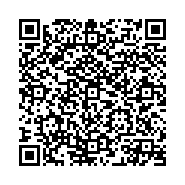