Components of electrophoresis and their principles.

The movement and separation of charged particles (ions) caused by an electric field is referred to as electrophoresis. Two electrodes (anode, cathode) with opposing charges are joined by a conducting liquid known as an electrolyte to form an electrophoretic system. Southern blotting is an electrophoretic separation method created by E.M. Southern. 77 A DNA sample is broken down into fragments using restriction enzymes, and the resulting material is then electrophoresed. After that, the DNA is moved to a stable support and hybridised there.

Electrophoresis is a scientific laboratory technique that is used to separate DNA, RNA, or protein molecules based on their size and electrical charge. An electric current is passed through the molecules to move them so that they can be separated via a gel. The pores present in the gel work like a sieve, allowing smaller molecules to pass through more quickly and easily than the larger molecules. According to the way conditions are adjusted during electrophoresis, the molecules can be separated in the desired size range. Biological molecules-typically DNA, although they can also be proteins or RNA-are subjected to electric current in electrophoresis, which, in essence, separates these fragments into bits that are larger or smaller in size [1].

The existence of charge separation between a particle's surface and the fluid immediately surrounding it is the fundamental tenet of electrophoresis. The resulting charge density is affected by an applied electric field, which causes the particle to move and the fluid surrounding it to flow. It involves the separation or purification of protein, DNA, or RNA molecules with different charges, sizes, and conformations. An electric field is applied, and the charged molecules are positioned at one end of the field in accordance with their charges [2].

When an electric current is present, the molecules flow toward either the cathode (negative electrode) or the anode, depending on the type of charge they contain (positive electrode). Ionic particle mobility is controlled by the molecule's size, shape, and charge, which are all constant during electrophoresis. In acidic conditions, an ampholyte behaves as a positively charged particle or ion that moves in the direction of the cathode. In an alkaline environment, however, it behaves as a negatively charged particle or ion and flows in the direction of the anode [3].

An electric field, a supporting medium, and a buffer solution are all components of the electrokinetic phenomena known as electrophoresis. It is used frequently in our daily lives for forensic and clinical purposes. Since its invention in 1807 in Russia, electrophoresis has advanced significantly, moving from the classic ways of solely using rectangular gels to the use of increased resolution techniques. In general, electrophoresis is a separation method that may distinguish between specific charged particles or biomolecules based on how mobile they are in an electric field. Scientists can see the dimensions of DNA segments and aid in the sequencing of DNA lengths thanks to gel electrophoresis [4].

When electrophoresis is completed, the resulting product in all forms and types of electrophoresis, except capillary electrophoresis, is the separation of particles or components in the sample that are oftentimes invisible to human eyes. Therefore, additional detection and analytical methods are imperative for the interpretation of results obtained from electrophoresis. 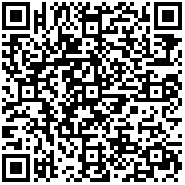