CAUSES OF VASCULAR DISORDER IN ANIMALS AND LEADS TO SPASMS

Congenital vascular disorders in animals are Cutaneous asthenia is caused by a defect in the maturation of type I collagen. This causes weak structural support of blood vessels and can result in hematoma formation and easy bruising. The disorder has been seen in dogs, cats, mink, horses, cattle, sheep, and people but is rare in domestic animals. Muscle spasms happen when dog’s muscle contractions are interrupted. This is often caused by intense physical activity or a lack of sufficent fluids. These localized twitches can be a sign of muscle strain or damage.

In dogs, the internal carotids and the basilar artery supply the brain; they anastomose at the level of the arterial circle within the cavernous sinus. A number of vessels arise from the arterial circle, all of which are terminal. The rostral, middle and caudal cerebral arteries vascularize the hemispheres. The cerebellar arteries supply the cerebellum and the brainstem [1]. In cats, numerous branches from the maxillary artery arising from the external carotid arteries replace the internal carotids. Any central nervous system disorder may at some point cause vascular compromise. A growing tumor may induce vascular collapse because of mass effect or it may bleed spontaneously because of fragile neovascularization. An acute disc herniation may induce a sinus rupture and extensive hematorrachia. These are considered secondary vascular disorders [2]. Primary vascular disorders are either traumatic or spontaneous. Non-traumatic vascular lesions may be occlusive.

Degenerative vascular diseases are uncommon in pets. Thiamine deficiency, rarely encountered today because of industrial food usage, induces spontaneous hemorrhage of the diencephalons. Arteriosclerosis described in pets is of the non-lipidic form. Muscle spasms can be caused by allergies, dehydration is another common cause of muscle spasms [3]. When the muscles don’t receive enough water, they can’t properly contract. Muscle spasms can be caused by a number of issues, including strains, injury, neurological disorder, allergies, dehydration, or medication. Any of these things can interrupt normal muscle contractions and cause spasms. The spasms can turn into painful cramps if they’re sustained for long enough.

There are several other conditions that can cause tremors, and these will usually be accompanied by other symptoms. Here are some of the medical conditions that may cause tremors, Immune disease, Inflammation, Heart disease, Trauma or injury, Seizure disorders, Treatment for tremors in dogs can vary greatly depending on the cause, and some causes are not treatable [4]. Clinical signs may vary in severity, duration, and frequency. Usually, some stimulus provokes the onset of clinical signs, such as the effort associated with rising or any factor that induces a significant emotional reaction. Pain, particularly in the feet or joints, may precipitate an attack. During an attack, the animal may be unable to move forward, stands trembling, and characteristically extends its hindlimbs backward [5].

The symptoms of tremors in dogs can appear in any body part, or they may affect the entire body. They can be mild or severe, and the vibrations vary from slow to rapid. Depending on the source of the muscle spasms, additional treatment may be required to address the root cause [6]. These include physical therapy, massage, or surgery to remove the affected nerve or source of cramping. It is important to keep dogs warm, hydrated, and fed as they recover in addition to limiting exercise and excitement, as these can make tremors worse. Spasm of the rear legs as a behavior is uncontrollable, but can be exacerbated by sensory stimuli. The hyperactive reflexes lead to progressive muscle wasting in the rear legs, and eventually affect your dog’s ability to control movement in the rear legs. 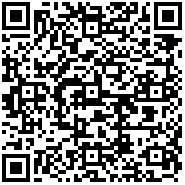