Middle income countries are undergoing demographic changes at unprecedented levels. Rate of growth of the elderly population is three times that of the population as a whole. Eastern countries are facing the problem at alarming levels.

In eastern models of aging, independence among community dwellers must not be confused with “indepenendent community living” as described in western aging theories. It is imperative to proactively adopt strategies that can help older adults minimize disability, stay independent and contribute to society.

Poor health insurance coverage, lack of population-specific clinical practice guidelines, among others are stumbling blocks for graceful aging in low and middle income economies. There is a need to address awareness on health vulnerability and education on the economics of retirement planning. Non-integration of preventive rehabilitation in insurance ambit is an even bigger challenge Considering the sheer volume of the rehabilitation needs it is necessary to rely on a problem-solving based approach in the decision making for allocation of resources to this population. Promotion of physical activity early in life and continuing into old age need to be analysed for its benefits in preventing morbidity related to old age. Additionally, there is a need to develop / adapt optimal, population- specific interventions to improve physical functioning in Asian older adults.

Findings from cross sectional studies conducted on selected urban and semi urban population in southern India forms the crux of this presentation. The applications and generalisability of findings for middle income economies would be the contribution of the talk.

An Indian Council of Medical Research (ICMR) report on the chronic morbidity profile in the elderly states that hearing impairment is the most common morbidity followed by visual impairment.(8) However, different studies show varied leads to the morbidity pattern. A study conducted in the rural area of Pondicherry reported decreased visual acuity due to cataract and refractive errors in 57% of the elderly followed by pain in the joints and joint stiffness in 43.4%, dental and chewing complaints in 42%, and hearing impairment in 15.4%. Other morbidities were hypertension (14%), diarrhea (12%), chronic cough (12%), skin diseases (12%), heart disease (9%), diabetes (8.1%), asthma (6%), and urinary complaints (5.6%).(9) A similar study that had been conducted among 200 elderly people in rural and urban areas of Chandigarh in Haryana observed that as many as 87.5% had minimal to severe disabilities. The most prevalent morbidity was anemia, followed by dental problems, hypertension, chronic obstructive airway disease (COAD), cataract, and osteoarthritis.(10) A study on ocular morbidities among the elderly population in the district of Wardha found that refractive errors accounted for the highest number (40.8%) of ocular morbidities, closely followed by cataract (40.4%) while other morbidities included aphakia (11.1%), pterygium (5.2%), and glaucoma (3.1%).(11) In a community based study conducted in Delhi among 10,000 elderly people, it was found that problems related to vision and hearing topped the list, closely followed by backache and arthritis.

Elderly people that belong to middle and better income groups are susceptible to develop obesity and its related complications thanks to a sedentary lifestyle and decreased physical activity. In a study conducted among 206 elderly persons attending the Geriatric Clinic at a tertiary care hospital in Delhi, about 34% of the men and 40.3% of the women were obese respectively.

Elderly people are highly susceptible to mental morbidities thanks to ageing of the brain, problems related to physical health, cerebral pathology, socio-economic factors like breakdown of the family support systems, and decrease in economic independence. The mental disorders that are frequently encountered include dementia and mood disorders. Other disorders include neurotic and personality disorders, drug and alcohol abuse, delirium, and mental psychosis.

The rapid urbanization and societal modernization has brought in its wake a breakdown in family values and therefore the framework of family support, economic insecurity, social isolation, and elderly abuse leading to a host of psychological illnesses. In addition, widows are susceptible to face social stigma and ostracism. The socio-economic problems of the elderly are aggravated by factors such as the lack of social security and inadequate facilities for health care, rehabilitation, and recreation. Also, in most of the developing countries, pension and Social Security is restricted to those that have worked within the public sector or the organized sector of industry. Many surveys have shown that retired elderly people are confronted with the problems of financial insecurity and loneliness.

The elderly also are susceptible to abuse in their families or in institutional settings. This includes physical abuse (infliction of pain or injury), psychological or emotional abuse (infliction of mental anguish and illegal exploitation), and sexual abuse. A study that examined the extent and correlation of elder mistreatment among 400 community-dwelling older adults aged 65 years and above in Chennai found the prevalence rate of mistreatment to be 14%. Chronic verbal abuse was the foremost common followed by financial abuse, physical abuse, and neglect. A significantly higher number of girls faced abuse as compared with men; adult children, daughters-in-law, spouses, and sons-in-law were the prominent perpetrators. The Central and State governments have already made efforts to tackle the matter of economic insecurity by launching policies like the National Policy on Older Persons, National adulthood Pension Program, Annapurna Program, etc. However, the advantages of those programs are questioned several times in terms of the meager budget, improper identification of beneficiaries, lengthy procedures, and irregular payment.

In conclusion, current trends in demographics coupled with rapid urbanization and lifestyle changes have led to an emergence of a host of problems faced by the elderly in India. Although this paper has mainly focused on the medical problems of the elderly and strategies for improving health care services, it must be remembered that improving the quality-of-life of the elderly calls for a holistic approach and concerted efforts by the health and health-related sectors. 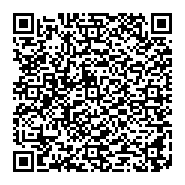