Background: There are many considerable advances in the treatment of cancer, but cancer is still the second major cause of death globally. The principle approach to kill cancer cells is to trigger cell death by apoptosis by anti-cancer chemicals. But cancer cells become resistant to induced apoptosis so the effectiveness of induced apoptosis by anti-cancer chemicals is not effective. To kill cancer cells and to limit the survival of clones which are drug resistant, non-apoptotic cell death allows to open new therapeutic opportunities. Last two decades of cell research has shown the existence of various regulated processes including necrosis, ferroptosis and necroptosis. Ferroptosis is being explored as alternative ways to eliminate cancer cells with apoptotic resistance. There are various compounds and anti-cancer chemicals have been reported to induce the process of necroptosis and ferroptosis.

Introduction: The key challenge in cancer research is to kill cancer cells effectively without affecting the normal cells of the body. There are many defects in cancer cells including resistance to cell death or apoptosis. In order to grow, cancer cells need increased demand of iron as compared to the normal cells (Non-cancerous cells) of the body. Dependency on iron makes the cancer cells more susceptible to iron catalyzed necrosis, which is known as ferroptosis. Ferroptosis is actually an iron catalyzed biochemical reaction of regulated necrosis which occurs through the extreme peroxidation of poly-unsaturated fatty acids.

Ferroptosis is the result of dysfunction metabolism involving polyunsaturated fatty acids, variety of genes and various pathways which are related to metabolism of iron lipogenesis and oxidative stress. These are the modulators of ferroptosis. Nano medicine is also used to induce ferroptosis because this strategy is highly effective and more safe to use. Nanoparticles containing iron oxide increase the level of iron in cancer cells. Hydrolysis of nanoparticles containing iron oxide releases iron in cancer cells that triggers the process of ferroptosis.

Conclusion and future perspectives: This paper explained that how ferroptosis is an iron-catalyzed form of cell death non apoptotically and a significant target for further studies. Discovery of ferroptosis opens discovery new therapeutic drugs and some small molecules to induce the process of ferroptosis through peroxidation of polyunsaturated fatty acids and through targeting the metabolism of iron. The compounds that induce ferroptosis are highly specific with minimum side effects. However, there are many questions still need further clarification. How effective is the process of ferroptosis as compared to immunotherapy? In this regard, the use of Nano medicine can provide various opportunities for the development of therapeutics in ferroptosis with higher efficacy with less toxicity. In short, an enhanced understanding of mechanism of ferroptosis and also the role of ferroptosis in cancer treatment will open new opportunities for the diagnosis of cancer rapidly and therapeutic invention. 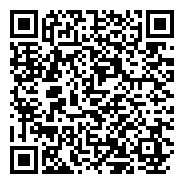