Botox Neurotoxins' Central Neuroparalysis is prevented by a Unique Inhibition.

Botulinum neurotoxins (BoNTs) structure an enormous class of strong and dangerous neurotoxins. Given their developing number, it is of fundamental significance to find novel inhibitors focusing on normal strides of their inebriation cycle. As of late, EGA was displayed to hinder the activity of bacterial poisons and infections showing a pH-subordinate movement step in mammalian cells, by slowing down their entrance course. As BoNTs act in the cytosol of nerve terminals, the passage into a proper compartment wherefrom they move the reactant moiety is fundamental for poisonousness. In this we propose an advanced method to combine EGA and that's what we show, in vitro, it forestalls the neurotoxicity of various BoNT serotypes by impeding their dealing. Moreover, in mice, EGA mitigates botulism side effects prompted by BoNT/an essentially diminishes the lethality of BoNT/B and BoNT/D. This opens the chance of involving EGA as a lead compound to foster novel inhibitors of botulinum neurotoxins.

The strongest human toxic substances are the botulinum neurotoxins (BoNTs), which are neurospecific metalloproteases acting inside fringe nerve terminals. They are blended by various types of Clostridia and have been gathered in seven serotypes in view of their immunological properties. All realized BoNTs act by intruding on the arrival of synapse acetylcholine at fringe cholinergic terminals causing a dependable loss of motion that might prompt demise by respiratory disappointment. In any case, precisely ventilated patients can completely recuperate in a time span which unequivocally relies upon the poison serotypes and on how many poison particles entered in the nerve terminals. As per their outrageous power and with the way that they can be handily delivered in enormous sums, BoNTs are viewed as expected bioweapons. Then again, because of their neurospecificity, reversibility and absence of dispersion from the site of infusion, BoNT/A has overall become one of the most secure therapeutics utilized for the treatment of a developing rundown of human conditions, described by the hyperactivity of fringe nerve terminals. BoNTs comprise of two polypeptide chains, held together by a solitary disulphide bond. The general design can be partitioned in three 50 kDa spaces which achieve various errands along the system of neuron inebriation. The L chain is the N-terminal space blessed with metalloprotease movement. The C-terminal space (HC) is answerable for the neurospecific restricting to the presynaptic film of sensitive spots, while the middle area (HN) is associated with film movement of L. The ongoing perspective on BoNT system of activity conceives a first communication with polysialogangliosides, which intercede the poison restricting to the plasma layer. This is trailed by sidelong developments that make conceivable the experience with a protein receptor which is the lumenal part of a synaptic vesicle (SV) protein. The protein receptor has been recognized as synaptotagmin I and II for BoNT/B, /DC and/G and SV2 for BoNT/A,/E and F; the protein receptor for the leftover serotypes still needs to be laid out. This last option restricting is primer to the assimilation of the poison receptors complex inside an acidic intracellular compartment whose nature has been recognized as SV just for lockjaw neurotoxin and for BoNT/A [1].

The idea of the endocytic vesic

Little is known on the idea of the endocytic vesicles/ compartment utilized by the other serotypes, however extensive proof demonstrate that the fermentation of its lumen for the most part sets off an underlying difference in L and HN along with film lipids which eventually prompts the movement of the L chain into the cytosol. This interaction is finished by the decrease of the interchain disulphide bond, on the cytosolic side of the acidic compartment performed by the thioredoxin reductase-thioredoxin framework. The delivered L metalloprotease explicitly divides one of the three Catch proteins accordingly forestalling the Ca2+ initiated arrival of the synapse contained inside SVs. Numerous original BoNTs have been as of late found and their arrangements are available in data sets, yet a lot more have not yet been saved. All referred to novel BoNTs are delegated subtypes and demonstrated with an Arabic number added to the parental serotype, or as mosaic BoNTs and showed with a twofold capital letter, for example BoNT/DC,/Compact disc,/FA, when they are delusions of the different serotypes. Because of their different beginning, BoNT variations show different antigenicity and are killed to an alternate degree by existing serotype explicit antisera. As needs be, it is conceivable that the treatment with refined monoclonal antibodies raised versus a BoNT subtype may not kill variations of the equivalent serotype. This present circumstance calls for expanded endeavors in the recognizable proof of inhibitors powerful in forestalling the neuroparalytic activity of BoNTs independently of their serotype and subtype which could be utilized without knowing the specific sort of BoNT involved [2].

Playing out a high-throughput screening, recognized 4-bromobenzaldehyde N-(2, 6-dimethylphenyl) semicarbazone as an inhibitor of microbes that enter cells by means of intracellular corrosive compartments. Since BoNTs poisonousness is additionally rigorously reliant upon the entry through an acidic climate, we chose to test the action of EGA on BoNT activity in the radiance of the earnestness and significance to find inhibitors fit for slowing down the huge regardless developing number of BoNTs with vague immunological properties. Here, we concentrated on BoNT/a BoNT/B on the grounds that most often connected with human botulism and utilized in human treatment. We likewise thought about BoNT/D, which hardly influences people, yet it is every now and again engaged with creature botulism. Here we show that EGA definitely upsets BoNTs movement on neuronal societies, without slowing down unambiguous strides of their cell system of inebriation. All the more significantly, this compound is additionally extremely successful in decreasing neurotoxicity in vivo. Together, our outcomes propose that EGA addresses another instrument for concentrating on BoNTs dealing and a decent contender for the improvement of new inhibitors. Prominently, we likewise report a streamlined system for the union of EGA, which includes milder response conditions and gives a lot higher by and large yield than recently detailed [3].

By the way that BoNT/a BoNT/B utilize synaptic vesicle proteins as receptors unequivocally proposes that they exploit SVs for their underlying step of endocytosis. Likewise, we chose to test the conceivable impedance of EGA with SVs elements utilizing a deeply grounded examine. As EGA doesn't influence SVs endocytosis as a counter acting agent explicit for the lumenal area of the synaptic vesicle marker Synaptotagmin I, is assimilated at similar degree as controls. Running against the norm, in the event that neurons are recently treated with BoNT/D, the take-up of a similar neutralizer is forestalled [4]. The quantitation of the outcomes is framed. Taken together, these outcomes show that BoNTs restricting and assimilation through SV cycling are not annoyed by EGA. The BoNT openness to an intracellular acidic compartment is the following fundamental stage for the neuron inebriation by all BoNTs. Utilizing Lysotracker Red DND-99, an exceptionally touchy test of acidic organelles in live cells, we found that EGA doesn't essentially slow down the development of acidic compartments, both inside CGNs cell body and along neurites, where BoNTs act. Simultaneously, bafilomycin A1, which forestalls BoNTs poisonousness by hindering the vacuolar-type H+-ATPase proton siphon, totally obstructs the fermentation of intracellular organelles. This proposes that the fundamental circumstances required for BoNTs movement, for example an acidic climate, are kept up with within the sight of EGA [5].

The principal result revealed here is basic and exceptionally pertinent simultaneously. EGA is a powerful inhibitor of the neuroparalytic movement of botulinum neurotoxins in vitro and in vivo, at dosages that cause no obvious harmfulness. This outcome demonstrates that EGA is the lead of an original class of inhibitors possibly fit for forestalling the movement of BoNTs in people. This is the more pertinent thinking about that the new years have seen the revelation of countless novel BoNTs, with various immunoreactivity, recommending the chance of the distinguishing proof of BoNT variations that might be inadequately killed by presently accessible antisera. This present circumstance requires the revelation of inhibitors fit for forestalling the movement of all BoNTs. Essentially, these original inhibitors should be non-harmful to people and should be powerful in vivo. Despite long endeavors of numerous research facilities, this objective has just somewhat been accomplished. We as of late gave an account of inhibitors of the Thioredoxin reductase-Thioredoxin redox couple that actually forestall the neuroparalytic movement of all BoNT serotypes without causing poisonous impacts in mice. 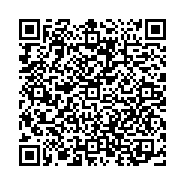