In retrospective studies, bispectral analysis (BIS) of the electroencephalogram (EEG) has been proven to determine how patients will react in reaction to surgical intervention. One goal of this prospective multicenter trial was to see if BIS could anticipate movement response to skin incisions using a variety of general anaesthetic procedures in live time. EEG was constantly recorded using an Aspect B-500 sensor, and BIS was calculated in real time using the monitor's bilateral frontocentral channels. Half of patients are assigned to a treatment group in which the doses of anaesthetic drugs were increased in order to reduce the BIS. BIS was recorded in the control group, but still no activity was made with the data reported. Our greatest indicators of mobility during skin incision were BIS, estimated opioid effect-site concentrations, and heart rate, according to a logit study. This research shows that administering anaesthetic medicines at low BIS levels results in a lesser likelihood of movement in response to surgical stimulation [1].

Consenting clients were scheduled for elective noncranial surgical operations after institutional review board permission at eight study sites. The analysis should relate to 300 patients from seven trial sites because one centre only enrolled four evaluable patients and was not included in the review. As an initial test stimulation, a supramaximal tetanic electrical stimulus was delivered to the ulnar nerve for at least 5 seconds before to surgical intervention. As needed, analysis of variance, Student's t-test, and logistic regression were utilised in the data analysis. In linear regression, single factor logistic models were initially computed, then a second factor was added to the model and compared to the first using a correlation coefficient chi-square test to see if the model fit was improved significantly. Intergroup differences were determined using mean BIS values, estimated drug concentrations, and recorded hemodynamic variables immediately prior to incision or tetanic activation.

Even though the five sites was pooled, the control groups had lower end-tidal isoflurane concentrations than the BISguided anaesthetic groups, as well as the discrepancy between the mover groups and the nonmover groups was statistically significant. For the four individual sites that had movers, illustrates the associated probability of movement response curves as a function of preincision end-tidal isoflurane concentration. Higher isoflurane factors refer with no movement and lower isoflurane values are associated with movers in patients who did not get opioids, according to logistic regression [2].

The sample of individuals who had not received any preincision vasoactive drugs had their hemodynamic response to incision evaluated. Only 31 individuals reacted to incision with a significant increase in MAP, based on a 20% increase in MAP as a threshold for a significant hypertensive response. Several independent variables were assessed as predictors of a 20% change in MAP following skin incision at all sites aggregated [3].

A multicenter study shows that giving anaesthetics to people with lower BIS values reduces the likelihood of movement in response to surgical skin incisions. EEG surveillance with BIS, on the other hand, is clearly dependent on a anaesthetic technique and clinical end point utilised to determine anaesthetic sufficiency. The effects of principal hypnoticbased anaesthetic approaches were best linked with BIS. 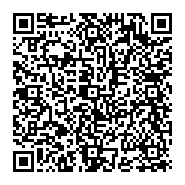