Assessment of Type I Interferon Signaling in Inflammatory Diseases

Increased type I interferon is regarded applicable to the pathology of a quantity of monogenic and complicated problems spanning paediatric rheumatology, neurology, and dermatology. However, no test exists in routine clinical practice to discover more desirable interferon signaling, therefore limiting the potential to diagnose and screen cure of these diseases. Here, we set out to check out the use of an assay measuring the expression of a panel of interferon-stimulated genes (ISGs) in children affected by a range of inflammatory diseases.

RNA PAX gene blood samples and clinical data had been amassed from controls and symptomatic patients with a genetically proven or clinically well-defined inflammatory phenotype. The expression of six ISGs used to be measured via quantitative polymerase chain reaction, and the median fold alternate was once used to calculate an interferon rating (IS) for every issue in contrast to a formerly derived panel of 29 controls (where two SD of the manage data, an IS of >2.466, is viewed as abnormal). Results have been correlated with genetic and scientific data.

An assessment of six ISGs can be used to define a spectrum of inflammatory diseases related to enhanced type I interferon signalling. If future research show that the interferon rating (IS) is a reactive biomarker, this measure may additionally show beneficial each in the analysis and the evaluation of therapy efficacy.

Given their potent and broad effects, the type I interferons characterize each key molecules in anti-viral protection and workable mediators of inflammatory disease. As such, the induction, transmission, and decision of the interferon response are tightly regulated. Mendelian issues related with a chronic upregulation of type I interferons, the so-called type I interferon opathies, and associated non-monogenic phenotypes, most especially systemic lupus erythematosus (SLE) and dermato myositis (DM), symbolize examples of a disturbance of the homeostatic manage of this complicated system. The recognition of these disorders will become to be of growing scientific significance as “anti-interferon” treatments are developed.

Surprisingly, no routine laboratory test exists in current clinical practice for the evaluation of type I interferon signaling. Although a cytopathic safety assay, measuring anti-viral recreation in patient material, was once central in defining the first described monogenic type I interferonopathy, Aicardi- Goutières syndrome (AGS), this assay is neither broadly on hand nor without problems automated. Furthermore, type I interferon mRNA and protein assays in peripheral blood mononuclear cells (PBMCs) have verified insensitive as disorder biomarkers, main to the improvement of a range of proxy assays. Such low tiers of circulating type I interferons most likely mirror their excessive organic potency, with most cells expressing a type I interferon receptor.

Based on the preliminary work of others on SLE, we previously described the traits of a check involving quantitative PCR (qPCR) evaluation of six interferon-stimulated genes (ISGs) the use of RNA extracted from PBMCs of sufferers with AGS. Here, we now record the use of this interferon signature in a giant cohort of sufferers and controls screened for type I interferon signaling status. These data allow for a better understanding of the practical application, interpretation, and utility of such an assay, as well as an improved characterization of the relationship of distinct diseases to type I interferon and the core clinical features that should alert a physician to the possibility of a type I interferon-related disorder.

We examined patients, and in sure instances mother and father and siblings to these patients, referred to us for evaluation of type I interferon status. Clinical and molecular data had been evaluated through direct contact and/or collected via collaborating physicians. We included cases with molecularly tested monogenic inflammatory illnesses and a range of sufferers with non-molecularly described medical phenotypes which were either known to be, or we hypothesized would possibly be, related with expanded type I interferon signaling. Control samples comprised an ethnically numerous team of persons who self-reported no longer to have any scientific condition. We also included in our control group parents or siblings to a person with an autosomal dominant interferonopathy where the parent/ sibling was negative for the familial mutation. Neither patients nor controls demonstrated features of infection at the time of sampling. 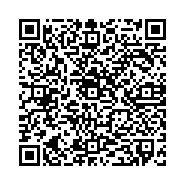