Assessment of prescription patterns and drug use across the Kurdistan region.

As a research paper so eloquently put it: "Prescription writing is a science and an art, as it conveys the message from the prescriber to the patient [1]. Therefore, it is important to underline the proficiency needed in prescription writing.

Drug utilization can be defined as "The study of marketing, distribution, prescription, and use of drugs in a society with special emphasis on the resulting medical, social, and economic consequences" [4].

Previously, prescribing medications was only the right of physicians with various specialties, including those in dental, or in veterinary practices. As the role of other health care experts has been expanded (pharmacists, nurses) writing a prescription is extended to them [5].

Till now there is no universally agreed upon definition to describe the rational and good prescription pattern. The WHO guidelines encourage the rational use of drugs and ensures that the patient receive medication according to their needs with the right dose and sufficient duration of therapy with lowest cost possible for the patient and community [5].

Interventions that could be used to promote more rational use of medicines are: A mandated multi-disciplinary approach to develop and evaluate interventions to encourage rational use of medicines; clinical guidelines; using an essential medicine list (Essential medicine are those that satisfy the health care needs of the population); committees to insure the safe and effective use of medication for example drug and therapeutic committee; pharmacotherapy training for undergraduate medical and paramedical students; continuing in-service medical education as a licensure requirement; supervision, audit and feedback; provision of unbiased information about medicine and two useful ways to disseminate information are through drug information center and drug bulletins; public education about medicine; avoidance of perverse financial incentives example the practitioner who earn money from the sale of medicines will prescribe more expensive medicine; regulatory measure to support rational use; sufficient government expenditure to ensure availability of medicine and staff [6].

The process of rational treatment according to WHO guideline

Drug misuse is a serious worldwide issue encountered nowadays and one of the most commonly misused medications are antibiotics. Irrational use of antibiotic is one of the major challenges globally as it results in resistance of antibiotic against a wide range of bacteria and limits it is usefulness as demonstrated [8], 17% of adults do not complete the course of antibiotic, 41% of patients do not know that antibiotic abuse is harmful while 23% purchase antibiotic without prescription. Another study conducted in Jordan [9]. The study involved randomly selected Iraqi residing in Amman, among 508 participants 62% of them agreed on purchasing antibiotics without prescriptions, 29% agreed to obtain antibiotic from relatives, 90% listed viral infection as an indication of antibiotic.

Prescribing can be inappropriate or irrational for many reasons, including wrong selection of medication, Poly pharmacy or prescribing multiple medications that could interact with each other, prescribing for conditions that are self-limiting, continuing to prescribe the medication for longer duration than needed. Moreover, they involve prescribing a low dose of medication and/or taking medication for short duration in which the patient will not get the benefit from drug especially the use of antibiotics instead of continuing the course of treatment to prevent antimicrobial resistance. Also, prescribing without discussing the treatment options with the patient and taking into consideration the patient needs make an inappropriate prescription [5].

The word poly-pharmacy, which initially developed more than one and half centuries ago in the medical literatures to describe certain issues related to multidrug prescription and excessive drug usage. Poly-pharmacy and inappropriate medication (PIM) use is one the most commonly encountered problem in clinical practices related to drug use. It is more common in elderly population as a subsequent of multi-morbidities in such population [10]. The term poly-pharmacy is defined, as "the concomitant use of multiple drugs or the administration of more medications that are indicated clinically, is the leading cause of DDIs, resulting in higher rate of adverse events, higher drug costs, and medication non adherence" [11].

Non-proprietary title: Non-proprietary titles, also known as the generic name of drug, should be used in prescribing medication. This will allow the dispenser to dispense a suitable pharmaceutical product to the patient, thereby saving delay to the patient. The only exception is when there is a significant difference in clinical effect of formulation between different manufacturers, making it essential for the patient to take the same brand of medication for example in case of some epileptic medications. In these cases the brand name or the manufacturers name should be stated.

Prescription writing and elements of prescription:

• The prescription should be written in ink so as to be inerasable with clear handwriting.

• It should be dated

• It should contain the name and address of the patient.

• It should involve the address of prescriber.

• It should be signed by ink by prescriber.

• The age and date of birth of patient should be preferably be stated and it is a legal requirement in case of prescription only medicine to state the age of children under 12 years of age [12].

In order to reduce the occurrence of errors, all prescriptions should be written in legible hand-writing with black ink. Abbreviations documented in prescription writing guidelines such as p.o. (per os) may be used, however, to reduce human errors which may occur it may be best to avoid them and document information in full format. Dangerous abbreviations such as MgSO4 (magnesium sulphate) or MSO4 (morphine sulfate) are best avoided [13]. 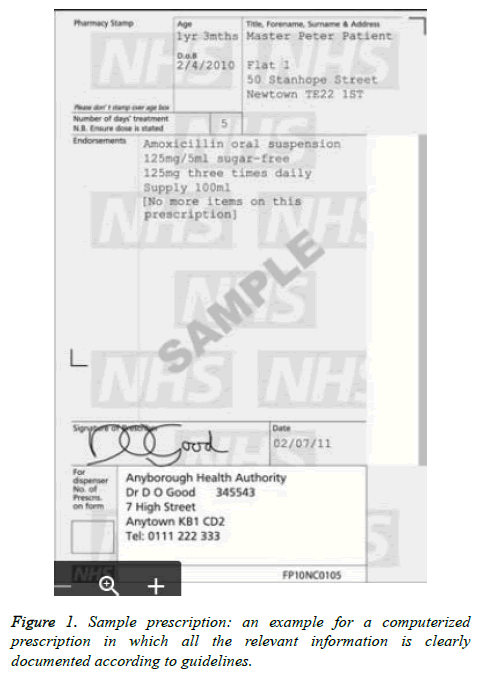 Figure 1: Sample prescription: an example for a computerized prescription in which all the relevant information is clearly documented according to guidelines.

• The computer should print the date of writing the prescription, the patient’s surname, one forename, and other initials.

• The address of patient should be stated; also the patient’s date of birth is to be printed out.

• The prescribers’ name (who will normally sign the prescription) should be written at the bottom of prescription paper.

• Names of medication (both proprietary and non-proprietary name) must come from dictionary held in the computer memory. This reduces errors that can arise in spelling the name of medication.

• Advice should be written in full and should not interfere with clarity of prescription.

• Handwriting alteration should only be made on exceptional circumstances; it is preferable to print out a new prescription.

• Prescription for controlled drugs can be printed from computer but the prescriber signature should be handwritten [12].

Aim of the study 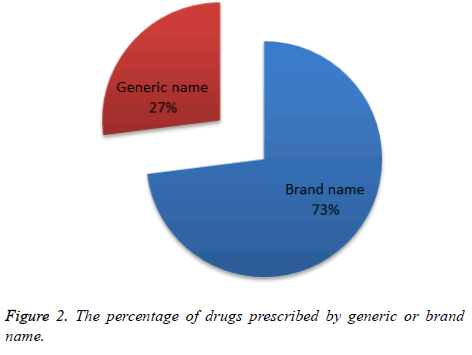 Figure 2: The percentage of drugs prescribed by generic or brand name. 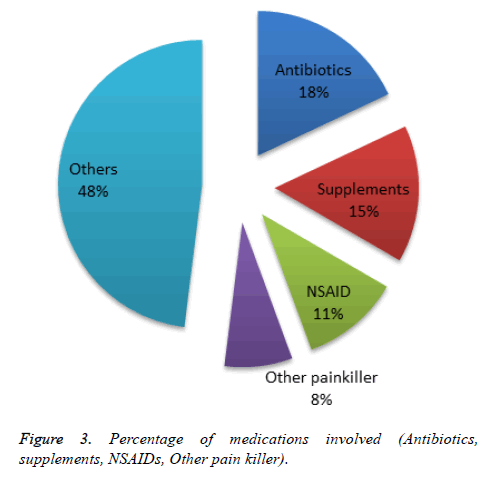 The majority of prescriptions 98.3% were written by hand whilst only a small fraction of 1.7% was written using a computerized system (Figure 4). 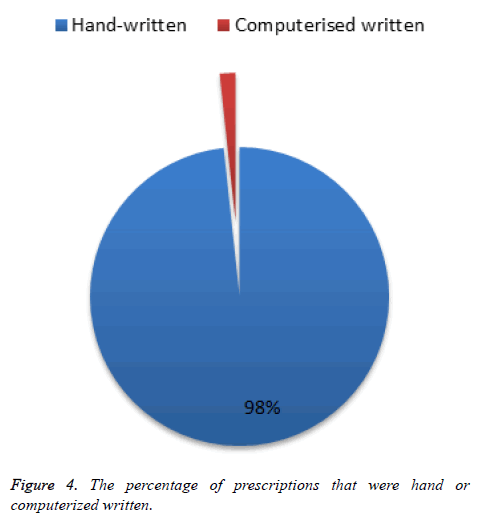 Figure 4: The percentage of prescriptions that were hand or computerized written.

In this study, 1000 prescriptions have been collected and analyzed; and a total of 2878 medications were prescribed. Studies on drug utilization patterns are essential for obtaining data and information about the quality of drug use and its aim towards educating the population for rational use of medication [14].

The numbers of drugs written in generic name were 777 drugs out of 2878 (27%), while the number of drugs written in brand name was 2101 drugs out of 2878 (73%). Low generic prescription of drug in Kurdistan region could reflect the influence of pharmaceutical companies. To change the situation the generic prescription of drugs by physician should be encouraged by regular educational program to improve prescribing practices among physicians. A study conducted that showed that only five prescriptions were written in generic name out of 600 prescriptions [17]. Another study from Jordan showed that the percentage of drugs prescribed by generic name was 5.1% [18]. While in northwest Ethiopia the percentage of drugs prescribed by generic name was high with average of 75% in health centers and 83% in health stations [19].

In this study, only 1.7% of prescriptions were computerized written, while 98.3% were handwritten. The computerized written prescription should be encouraged as they are more legible and huge number of errors could be avoided. As demonstrated [2], computer order entry systems reduced the frequency of medication errors, which could result in potential adverse event. Furthermore, computerized prescriptions could be integrated with other systems present in a hospital or polyclinic allowing the physician to access, record, and search for information more easily on a database.

Our study reveals that the prescription pattern in Kurdistan region is poor in comparison with other systems used throughout the developed world, and the majority of medical practitioners are not adhering to the international standards of prescribing medications. The government authorities both ministry of health and the Kurdistan Syndicate of Pharmacists should encourage the rational use of medication in both the public and private sectors. This can be achieved through new applicable regulations and by formal interventions which can be done by pharmacists to make physicians aware of the situations in which they are likely to commit errors or through the application of proper training or the use of computerized prescriptions. As can be seen from Figure 4, only 1.7% of the collected prescriptions were computerized, which reflects on the nation’s poor usage of technology. Although handwritten prescriptions are generally quicker and simpler to complete, computerized prescriptions allowed the advantage of reducing the occurrence of human errors. It is also more favorable for a physician to prescribe using the medications generic name unless there are significant differences in bio equivalency or content between the same medicaments manufactured by different companies.