Stored grain insect pests can cause reductions in weight, quality, commercial value and seed viability. Seventyfive percent of these insects are Coleopterans and the most damaging species of storage insects are in the genera Sitophilus and Tribolium (Marsans, 1987; Khan and Selman, 1988; Pinto et al., 1997). S. paniceum is the most extensively distributed insect pest causing serious damages to stored products (Can et al., 2004; Guilin and Wangxi, 1996). Indian meal moth, P. interpunctella (Lepidoptera: Pyralidae), is a serious pest of stored products like grains, seeds, flour and other milled products and has a universal distribution (Nansen et al., 2004). The use of chemical agents to prevent or control insect infestations has been the main method of grain protection, since it is the simplest and most cost-effective means of dealing with stored product pests (Hidalgo et al., 1998). Although effective, their repeated use for decades has disrupted biological control by natural enemies and led to resurgence of stored-product insect pests (Brower et al., 1995), sometimes resulted in the development of resistance (Champ and Dyte, 1977; Subramanyam and Hagstrum, 1995; White and Leesch, 1995), had undesirable effects on nontarget organisms, and fostered environmental and human health concerns (Brown, 1978; Hayes and Laws, 1991; White and Leesch, 1995). Much effort has, therefore, been focused on plant-derived materials as potential sources of commercial insect-control agents (Hill and Schoonhoven, 1981; Coats et al., 1991; Konstantopoulou et al., 1992). The biggest impetus for the growth of biopesticides comes from the growing awareness by farmers of the value of integrated pest management as a more environmentally sound, economical, safer and a selective approach to crop protection (Menn, 1996). A large number of plant-derived substances possess various physiological and behavioral activities against storedproduct insects. These include toxic, repellent and antifeedant effects (Amason et al., 1989; Grainge and Ahmed, 1988; Jacobson, 1990). Pesticides based on plant essential oils or their constituents have demonstrated efficacy against a range of stored product pests, domestic pests, blood feeding pests and certain soft bodied agricultural pests, as well as against some plant pathogenic fungi responsible for pre and postharvest diseases. They may be applied as fumigants, granular formulations or direct sprays with a range of effects from lethal toxicity to repellence and oviposition deterrence in insects. These features indicate that pesticides based on plant essential oils could be used in a variety of ways to control a large number of pests. Essential oils, which are volatile oils from plants and their constituents, have been shown to be a potent source of botanical pesticides (Singh and Upadhyay, 1993). The present study was carried out in the laboratory to determine antifeedant activity of four plant essential oils of Rabdosia rugosa (Wall. ex Benth), Zanthoxylum armatum (DC.), Artemisia maritima (L.) and Colebrookea oppositifolia (Sm.) against four stored product insect pests viz. Tribolium castaneum (Herbst.), Sitophilus oryzae (L.), Stegobium paniceum (L.) adults and larvae of Plodia interpunctella (Hubner).

Essential oils were extracted from leaves of R. rugosa, Z. armatum, A. maritima and C. oppositifolia collected from the local areas of Shimla district of Himachal Pradesh, India. The leaves were dried in shade at room temperature (30 ± 5℃) and grounded by domestic mixer. The dried powdered material was hydro-distilled in Clevenger apparatus. Conditions of extraction were: 50 g of air-dried sample in 1:10 plant material/water volume ratio for 4 hrs distillation. Oil yield (2.9% w/w) was calculated on a dry weight basis.

The bioassay experiment was conducted for evaluating essential oils as potential seed protectants against T. castaneum, S. oryzae, S. paniceum (5-10 day old) adults and larvae (16 day old) of P. interpunctella. To determine antifeedant activity of essential oils a no-choice test was carried out as described by Huang et al. (2002) and Gomah (2011) with some modifications. 1 ml of prepared concentrations of 100 and 300 μl of essential oils dissolved in methanol and 1 ml solvent alone as control were applied on to a 5 g grinded mixture of pulses and rice kernels. The treated mixture of food media were placed in Petri dishes after evaporating the solvent. 10 adults of T. castaneum, S. oryzae, S. paniceum and larvae of P. interpunctella were transferred to each pre-weighed food media in Petri dishes. After feeding for 72 hrs under laboratory conditions food media was re-weighed and mortality of insects was recorded. Nutritional indices and weight loss were calculated as previously described by Mahdi (2008) and Huang et al. (2002).

All the data concerning mortality were corrected by using Abbott’s formula (Abbott, 1925). Tests for antifeedant activity were performed in triplicate and data presented are mean ± SE. The mean values were compared by one-way ANOVA and Tukey’s multiple comparison tests using software SPSS, version 11.5.

Feeding deterrence indices (FDI) showed that the tested plant essential oils had antifeedant action against the four insect pests at different concentrations. In a related study Kumar et al. (2007) and Varma and Dubey (2001) investigated that essential oil of Cymbopogon martinii, Caesulia axillaris and Mentha arvensis protected stored gram and wheat from Callosobruchus chinensis, S. oryzae and T. castaneum for first 12 months of storage. R. rugosa and Z. armatum oil at a high concentration of 300 μl/g showed 86.17 ± 0.25 and 85.71 ± 0.27% FDI for T. castaneum followed by S. oryzae (70.58 ± 0.21 and 67.68 ± 0.19), S. paniceum (62.82 ± 0.32 and 60.03 ± 0.26) and P. interpunctella (64.97 ± 0.14 and 53.35 ± 0.18). Kumar et al. (2008) recorded 91.51, 97.26, 98.02 and 6.18% feeding deterrent index of essential oil of Aegle marmelos for C. chinensis, Rhizopertha dominica, S. oryzae and T. castaneum with 100% grain damage in T. castaneum while 7.0, 3.67 and 1.67% grain damage was found in C. chinensis. R. dominica and S. oryzae infested grains respectively. A. maritima and C. oppositifolia oil at 300 μl/g obtained 82.86 ± 0.08 and 82.05 ± 0.09% FDI for T. castaneum whereas 65.99 ± 0.32 and 65.46 ± 0.14% against S. oryzae. The result of present investigation are also similar to the observations of Shukla et al. (2011) who reported significant deterrent effects of essential oils of Lippia alba and Callistemon lanceolatus and their constituents on the feeding behaviour of C. chinensis and all the treatments showed significantly better results than the controls. Khani et al. (2013) investigated that petroleum ether extract of Piper nigrum and Jatropha curcas showed a positive dose dependent antifeedant activity and reduced consumption of rice kernels treated with both plant extract by Corcyra cephalonica larvae. R. rugosa oil at a concentration of 100 μl/g showed 59.30 ± 0.18% feeding deterrency with 21.32 ± 0.13% grain damage followed by Z. armatum oil producing 45.93 ± 0.24 feeding deterrency with 23.16 ± 0.17% grain damage as compared to 78.26 ± 0.34% grain damage in control against P. interpunctella. Least antifeedent activity was observed for C. oppositifolia oil towards all insect species. Essential oils inhibits locomotion which affect mating activities and sexual communication as well as deterring females from laying eggs, as well as complete suppression of the developmental stages of insects which have been reported by a number of authors (Ivbijaro and Agbaje, 1986; Ofuya, 1992; Okonkwo and Okoye, 1996; Adedire 2002). Compounds with feeding deterrents are generally toxic to insects or cause physiological disturbances of development or oviposition (Nawrot and Harmantha, 1994). 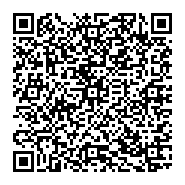