An insight on osteonecrosis of the femoral head.

The last common pathway of a sequence of derangements that results in a reduction in blood flow to the femoral head (FH) leading to cellular death, fracture, and collapse of the articular surface is osteonecrosis (ON) of the femoral head (ONFH). It frequently follows an unrelenting path and frequently affects very young, active adults between the ages of 20 and 40. This results in a significant loss of function. An estimated 20 000 to 30 000 new patients are diagnosed with ON each year, making up 10% of the 250 000 hip arthroplasties (THA) performed in the United States each year. Avascular necrosis seldom regresses on its own; instead, the majority of untreated patients eventually need THA, with a collapse rate of 67% in asymptomatic patients and 85% in symptomatic hips. The orthopaedic community has not yet adopted a standard therapy strategy, despite the fact that numerous authors have advised treatment based on patient age, symptoms, stage, and/or medical status. Finding the best treatment regimens for patients with pre-collapse AVN of the FH is challenging due to a paucity of level 1 evidence in the literature, and successful joint preservation treatments depend on early intervention before collapse [1].

numerous traumatic and non-traumatic events have been identified as risk factors for ON, but the disease's origin and pathogenesis are still unknown. The most common risk factors for ONFH in the United States are corticosteroid medication (35%–40%), alcohol (20%–40%), and idiopathic (20%–40%). The majority of researches have linked the development of the condition to a combination of genetic susceptibility, metabolic variables, and regional blood supply-related factors like vascular injury, elevated intraosseous pressure, and mechanical stress. As a result, ischemia and infarction in the bones cause bone mortality. Although variable, the precipitating mechanism that results in this pathway. Internal or external vascular injury, such as that brought on by arterial blockage, direct cellular toxicity, or direct trauma, can result in ischemia. Necrosis may have underlying reasons that can be explained by a number of mechanisms that result in vascular occlusion. High doses of glucocorticoids, which are commonly used to treat systemic illnesses including systemic lupus erythematosus, as well as binge drinking, have been linked to changes in circulating lipid levels and the development of microemboli in the arteries supplying the bone. Additionally, larger bone marrow fat cells that obstruct venous flow have been linked to an increased risk of fat emboli. As a result, venous stasis, adipocyte hypertrophy, and fat emboli have all been suggested as potential causes of this condition. Disease mechanisms that promote intravascular coagulation and thrombus development can potentially lead to vascular occlusion [2].

Nitrogen bubble production brought on by decompression sickness brought on by increasing pressure can also result in arteriolar blockage and necrosis. Additionally, it has been demonstrated that this causes increased plasminogen activator inhibitor plasma levels, which in turn promote coagulation. Damage to the extraosseous blood supply can result from trauma brought on by fracture or dislocation. This is especially true for femoral neck fractures in the subcapital region. Trauma at this site compromises the anastomosis between the artery of the ligamentum teres and the lateral epiphyseal arteries, which are branches from the medial femoral circumflex artery supplying the FH.

Early diagnosis is essential for the best management of ON since the stage at which treatment is started affects how well it works. Radiography, scintigraphy, functional bone evaluation, magnetic resonance imaging (MRI), computer-assisted tomography, and histology examinations are some of the current diagnostic techniques accessible. Early stages of ON's clinical appearance are normally asymptomatic, though patients may have groyne pain that can spread to the knee or ipsilateral buttock. Physical examinations typically reveal that patients have restricted hip motion and complain of pain, especially during forced internal rotation. Any risk factors that may be present can be found with a thorough history. Stage I denotes typical imaging. Stage II denotes typical FH shape but with osteo clerotic or cystic areas as indications of bone re modelling. Stage III shows signs of FH flattening or subchondral collapse. Stage IV denotes a constricting of the joint space together with acetabular osteophytes, cysts, and cartilage loss as secondary degenerative alterations. Hungerford defined the stage 0 silent hip (preclinical and preradiologic), in which an AVN diagnosis may be made if one has already been made in the femoral head on the opposite side. Studies on histology and bone marrow pressure would be abnormal in this situation. Despite being well-established, the Ficat categorization system is dependent on radiographic imaging and does not permit measurement of lesion size, making it impossible to measure [3].

Numerous studies have demonstrated that an important factor in determining the prognosis and course of treatment for this illness is the size of the necrotic section in the FH. The size of the lesion is currently measured using a variety of techniques. Plain AP and frog-leg lateral radiographs of the hip, followed by an MRI, are required for the current ON diagnosis. Once alterations can be seen, the AP radiographs will typically show the main area of involvement. Cystic and sclerotic alterations in the FH are typically the first radiological changes noticed by the radiograph. Because the superior FH is covered by the anterior and posterior acetabular edges, it is required to take lateral frog-leg radiographs of the FH to detect any subtle osteosclerotic or cystic alterations in the subchondral regions. Plain radiographs can be used to make the diagnosis, but they are typically insufficient for making an early diagnosis, hence MRI is thought to be the most accurate standard[4].

The goal of treatment for AVN of the hip can differ according on the underlying cause and stage of advancement in order to avoid collapse of the FH. Pharmacologic drugs, biophysical therapies, as well as joint-preserving and joint-replacing operations, are available as therapeutic alternatives. Early on, medical care of AVN has become more prevalent in an effort to slow the disease's progression[5]. 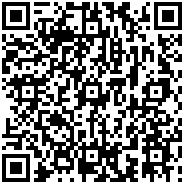