Introduction: Inverted papilloma (IP) is a benign but locally aggressive lesion of the paranasal sinuses (PS) that’s well known for its invasive capacity, high potential for local recurrence and propensity to evolve to malignancy. Unilateral nasal obstruction, hyposmia and recurrent epistaxis are the most common presenting symptoms. We present a case report about an atypical presentation of IP, emphasizing that some patients may present unusual inaugural symptoms, which makes IP more difficult to diagnose.
Case Report: We present an IP case of a 71-year-old female reported to an ophthalmologist with a chief complaint of a diplopia, progressive left exophthalmia and palpebral ptosis for 3 months, with no rhinology symptoms. An orbital computed tomography (CT) scan performed showed an opacification of the left frontal sinus (FS), associated with a bone erosion of FS roof and left ethmoidal cells opacification. A magnetic resonance imaging (MRI) confirmed the presence of a proliferative lesion involving left nasal structures associated with secondary left FS mucocele. A lesion histopathological analysis showed the presence of IP and the mass was then surgically excised by a combined endonasal and external frontal sinus approach.
Conclusion: IP is a locally destructive lesion with potential to malignancy that requires an aggressive surgical attitude to improve the chances of a complete resection, minimizing the recurrence rates. It’s important to remind that not every patient is typical and a high suspicion level’s essential for a timely diagnosis and treatment.

Introduction Inverted papilloma (IP) is a benign epithelial neoplasm, originating from the ectodermal schneiderian membrane [1]. IP is distinguished from other sinonasal tumors by its relative local aggression with frequent erosion of adjacent bone and potential extension to the orbit or intracranial cavity, high rates of recurrence ranging from 5-15% and possible association with carcinoma [2-4].

Papilloma was first described by Ward and Billroth in 1854 and Reingertz, in 1935, described histologically the tumor and noted the inverted organisation in connective tissue stroma [5,6]. In 1971, Hymans classified the nasossinusal papillomas into inverted, fungiform and cylindrical types, on base of its histological features [7].

IP is a rare tumor, with an incidence rate of 0, 2-1, 5/100.000 cases per year [8-10] and usually it remains asymptomatic until late stages since its growth is slow and progressive. Typically, it manifests with sinonasal symptoms, but other clinical presentations may arise. We present a case report about an atypical presentation of IP, emphasizing that some patients may present unusual inaugural symptoms, which makes IP more difficult to diagnose.

A 71-year-old female patient resident of Porto, with antecedents of hypertension and dyslipidaemia, with no history of smoking or alcohol consumption, reported to an ophthalmologist in October of 2017 with a chief complaint of a progressive left vertical diplopia, progressive exophthalmia and palpebral ptosis for 3 months, with no rhinology symptoms. Ophthalmology evaluation showed a best corrected visual acuity of 10/10 bilaterally, a left exophthalmia and a limitation of eye movements, mostly in the inferior ocular position. There was no discromatopsy or relative afferent pupillary defect, the anterior segment biomicroscopy and fundoscopy exam were normal. An orbital CT scan was performed and showed an opacification of the left frontal sinus (FS) and left ethmoidal cells with an expansive looking and signs of bone remodelling and erosion of superior wall of FS and orbital roof; a superior and extraconal intraorbital mass was visible with inferior deviation of the ocular globe and left superior rectus muscle. A MRI confirmed the presence of a proliferative lesion involving left nasal structures associated with secondary left FS mucocele.

Based on the clinical presentation and radiologic findings, the patient was sent to an Otolaryngology (ORL) consultation. Clinically, the patient complained about left nasal obstruction, occasional mucosal anterior rhinorrhoea and frontal headache. Physical examination revealed a left palpebral ptosis with a periorbital edema and the anterior rhinoscopy revealed a hypertrophy of middle turbinate head and a reddish lobulated lesion apparently with a superior meatus origin. A biopsy was made and the histopathological analysis showed the presence of an IP without any signs of carcinoma. The patient was submitted to surgery with an endoscopic/external combined approach. It was performed an endoscopic left maxillary antrostomy, an anterior and posterior ethmoidectomy and a FS drainage type III according to Draft [2]. It was not possible to endoscopically remove the entire lesion of FS, so an external FS approach was also done, using a titanium mesh for frontal anterior wall reconstruction (Figures 1-7).

The patient has been followed up in ORL consultation every 6 months, with regular performance of flexible nasofibroscopy. There are no signs of recurrence and the patient hasn ’ t nasossinusal or orbital complaints.

The pathogenesis of this lesion remains unclear but some hypotheses have been suggested as smoking, allergy, chronic sinusitis, viral infections and occupational exposures [12,13]. The role of Epstein - Barr virus (EBV) in the development and recurrence of IP has been studied but inconclusively; human papilloma virus (HPV) has been suspected of having a major hand in the IP pathophysiology [2]. The literature data remains contradictory but recent meta-analyses show HPV rates that vary from 17 to 38%, being that the virus seems significantly more frequent in IP with severe dysplasia or carcinoma than in less severe IP cases [14-16]. Although the HPV 6 and 11 serotypes are more frequently found in benign IP and the 16 and 18 serotypes in IP with severe dysplasia or carcinoma [15,16], the levels of evidence are insufficient to establish a clear line of causality and there isn’t certainty about the HPV role in IP pathophysiology [10,15,16].

IP usually arises from the lateral nasal wall, in the middle meatus, often extending to the ethmoid and maxillary sinuses and, in advanced cases, to the orbit and intracranial cavity with dural penetration [17]. It’s generally diagnosed at a late stage, 1-4 years after first onset of unspecific sinonasal symptoms, as nasal obstruction, rhinorrhea, epistaxis, headache and hyposmia [9,18]. In 4-23% of cases, the tumor is asymptomatic and it ’ s accidently discovered [19]. Clinical examination usually shows a reddish-gray lobulated tumor with a “ raspberry ” aspect that is classically friable on contact [10].

Imaging assessment of the lesion has as main objectives the precise determination of tumor extension and its exact location. Sinus computed tomography (CT) should always be performed even though the IP aspect on CT is not specific, and the magnetic resonance imaging (MRI) is complementary [2]. The definitive diagnosis is achieved by the pathologic examination but there is a false negative rate up to 17% due to insufficient sampling, once there is concomitant inflammatory process showing inflammatory polyps [18,20].

There are several IP classifications, being the Krouse classification system (Table 1) the most widely used in the international literature [21]. That is based on tumor extension assessed on radiology and, although this classification has not been proved superior to others in terms of prognosis or therapeutic decision-making, it has the advantage of being simple to implement and reproduce.

IP treatment is surgical, aiming to relieve symptoms, eliminate the complete disease and enable pathologic examination of specimen, notably to check for carcinoma [2]. Until the mid-nineties, the gold-standard was surgery on an external approach. Endoscopic treatment for IP was first described in 1992 by Waitz, Wigand and Kamel [22,23] and is now the new gold standard for IP treatment, indicated for tumors of limited extension [24]. A combined external/endoscopic approach remains indicated for certain locations, as large frontal sinus involvement, especially when lateral (Table 1) [19,24].

The presented case report serves to highlight the difficulty of a timely diagnosis in several patients, especially those that present with an atypical clinical condition, which makes a high suspicion level essential. The combined external/endoscopic approach was necessary in this patient to ensure complete removal of the lesion, thus minimizing the risk of recurrence.

Inverted papilloma is a benign sinonasal tumor with a high risk of recurrence and carcinomatous progression. Careful preoperative planning coupled with meticulous surgical technique are absolute requisites for successful management of these difficult tumors. Endonasal endoscopic surgery seems to provide equivalent or better results than surgery on an external approach. The present state of knowledge favours prolonged follow-up.

This manuscript has been neither published nor submitted for publication, in whole or in part, either in a serial, professional journal or as a part in a book which is formally published and made available to the public. The authors agree to automatic transfer of the copyright to the publisher before publication of the work. 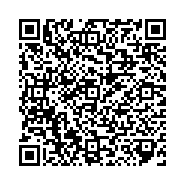