Aging (or senescence) is that period of life, characterized by a series of progressive irreversible changes affecting the cells, tissues and organs, therefore of the whole organism, which begin when this, once development is complete, has reached a adulthood, and continue to manifest themselves, culminating in death, which occurs as a consequence of them and not by the intervention of external factors. Gerontology is the biological discipline that studies this process, which can be considered both physiological, because it is normally present in the life span, and pathological because it causes disturbances.

The senile alterations, found in many organs are quite distinct from the pathologies affecting the elderly; the branch of medicine, called Geriatrics, deals with the study of these whose appearance is certainly facilitated by the modifications caused by aging. Lifespan: The reduction in life span seems to always be due to a greater production of free radicals (defined as ROS = Reactive Oxygen Substances). In reality, a certain amount of ROS is physiologically formed in the body's cells, hence the excessive production of these or their poor elimination, has been considered one of the most significant causes of aging due to the fact that these free radicals interact with nucleic acids, proteins and lipids, altering them structurally and functionally. the only cells that can have a maximum life span equal to that of the organism to which they belong are perennial or post mitotic cells (neurons and muscle cells), that is, those without replicative activity.

Certainly not all perennial cells live as long as the organism, as well demonstrated by the fact that the weight of the human brain, which is 1500 g at the age of 30, decreases on average to 1390 g at the age of 90 years due to the programmed death that affects a large number of neurons. It is currently established that labile and stable cells after having performed a certain number of mitoses in the culture medium, experience aging phenomena, which prelude to death by apoptosis. "In vivo" the most important cellular changes that occur in senescence consist in hypotrophy, which is mainly reflected in the reduction of muscle masses, and in the accumulation inside the cells and also in the intercellular spaces of harmful materials: lipofucsins, substance amyeloid and metals. Physiological functions in general improve from birth to 30 years of age, then a decline begins, variable between the various functions, which is closely linked to lifestyle.

Among these functions the most important:

Normally there is a continuous remodeling of the motor units, in particular at the level of the neuromuscular plaque. The remodeling process involves atrophy and therefore effective denervation on the one hand, but at the same time, the development of new axonic terminals. With age, the denervation mechanism prevails over the regenerative one, which induces muscle atrophy with irreversible alterations, in particular for type II muscle fibers. The reduction in muscle mass and strength therefore results from the association of two factors, on the one hand the atrophy of muscle cells and on the other the reduction of daily activity. It is proven that in elderly subjects a regular muscle strengthening activity promotes protein anabolism and slows down the inevitable reduction in muscle mass and strength.

Results demonstrate a great ability to respond to the training stimulus also in elderly people, which involves processes of synthesis and neuromotor plasticity even in 80-year-old subjects. The cumulative effects of aging of the central nervous system are linked to a 37% reduction in the number of spinal nerve fibers and a 10% reduction in the speed of conduction of excitement along the fibers. The execution time of relatively complex movements is greater in elderly subjects than in young people, with the same daily physical activity.

Observations suggest that maintaining a physically active lifestyle facilitates good preservation of neuromuscular function. Osteoporosis represents the main problem of aging, especially in women after menopause. The picture of osteoporosis involves the progressive demineralization of the bones which therefore become very fragile. For people over 60, the reduction in bone mass can be 30-50%. Weight lifting can counteract this phenomenon. 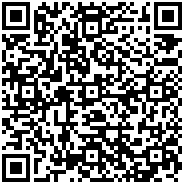