Background: Globally it is known that heath care workers particularly in critical care settings are at higher risk of occupational exposure to infections. Surveillance systems to monitor body fluid exposure have been established in developed world. However, such systems are not available and consequently, exposure to body fluids is rarely reported, documented and monitored in many African countries. Centers for diseases Control designed evidence based and cost-effective precaution measures which requires a health care worker to comply to in order to prevent themselves and patients from infections. They are known as “universal precautions” and they are applied to all patient care regardless of suspected or confirmed infection status. Unfortunately, studies in many countries worldwide show adherence levels to these measures are suboptimal.

Study Design: This was a Quantitative cross-sectional and observational study

A stratified simple random sampling was applied where by types of strata were type of hospital (MNH, MOI), setting (Intensive care units, emergency rooms, recovery rooms) and level of education (certificate, diploma and degree and above)

A structured self-administered questionnaire was used to assess all 144 nurses and an observational checklist was applied to 42 of 144 participants. The tools were adopted and modified with regard to health belief model, study setting and pilot study which was done prior this study. Variables were as follows; dependent variable were compliance to universal precaution practice (reported and observed practice), independent variables were training on universal precautions, knowledge on universal precaution, previous exposure to needle stick injury or splashes of body fluids, availability of water supply/hand rub near patient care area, presence of posters for risk communication, availability of PPE, individual perceptions on susceptibility and severity and demographic data. Data collection was done from march to April 2015.

Ethical clearance was granted from the Institutional Review Board (IRB) of Muhimbili University of Health and Allied Sciences. Permission to conduct the study was obtained from MNH and MOI research committee. Also, permission to conduct a pilot study was obtained from Ilala Municipality in Dar es salaam. Participants were assured of anonymity and participation in the study (whereby aim of the study was well explained to them, confidentiality and privacy of the study participants was observed).

Majority 121(84%) of 144 participants were females. Their mean age was 35.7 years More than half (56.3%) had Diploma level of education and 69.4% attained training on Infection prevention and control. 38% of nurses had good knowledge of universal precautions. 85% reported to always wash hands by complying to hand hygiene moments. However, only 34.3% of observed participants actually performed hand hygiene before putting on gloves. 94.4% reported to always use gloves whenever they come into contact with body fluids, 67.4% reported to always wear a gown for procedures likely to generate splashes of body fluids and 55.6% reported that they always wear a mask for procedures likely to generate droplets of body fluids. In observation it was revealed that 78.6% weared gloves during parenteral medications, 50% weared mask during suctioning of respiratory secretions and 73.3% weared gown during bed bath. Regarding sharps management 93.8% reported good practice (not recapping needles) and 95.2% among the observed participants did not recap needles after use. 97.2% of participants revealed high perceived severity (perceiving that the consequences after contracting blood borne diseases are very bad). 12.5% and 15.3% of participants revealed they were exposed to splashes of body fluids and needle stick injuries respectively in the past one year. 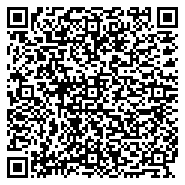