The prevalence of elderly will steadily increase in the next decades. As ageing increases the risk for painful conditions such as neck and shoulder pain and is the highest risk factor for cognitive decline, an increasing number of cognitively impaired patients, suffering from pain, will be expected.

During the last two decades, the number of studies examining possible alterations in pain experience in cognitive impaired persons has increased considerably. In the majority of those studies, the focus was on chronic pain e.g. arthritis/arthrosis. The results of those studies suggest that the alteration in pain experience may depend on the neuropathology underlying the cognitive impairment. It has been suggested that, depending on the neuropathology, this may cause an increase or a decrease in pain experience. More specifically, atrophy of e.g. the hippocampus may cause a decrease in pain experience, because the hippocampus is part of the medial pain system, which plays a role in motivational-affective aspects of pain. On the other hand, white matter lesions may lead to an increased pain experience, due to de-afferentation. White matter lesions may also impair cognitive functions. Indeed, an increase in chronic pain experience has been observed in patients with ‘possible’ and ‘probable’ vascular dementia.

Subjects: The sample consisted of 59 participants (29 males and 30 females). All subjects were residents of a nursing home (St. Jacob) in Amsterdam.

8-Words test: It is used to assess the retention of verbal auditory information over a period of time.

Facial recognition test: It is a subtest of the River-mead Behavioural Memory Test and is used to assess visual long-term memory.

Rule Shift Cards: This test is a subtest of the Behavioural Assessment of the Dysexecutive Syndrome (BADS). This test measures mental flexibility and possible perseverative tendencies. Key Search Test: The Key Search Test is used to assess the ability to plan a strategy in order to solve a problem, which is considered part of the executive functioning.

Verbal Fluency Tests: This test is used to investigate a variety of cognitive processes, e.g. long-term verbal memory, inhibition and executive functioning. A domain ‘Cognition’ was composed of the z-scores belonging to the above mentioned tests (Cronbach’s alpha: 0.88).

Mood: Symptom Checklist-90 (SCL-90) is a self-report measure and consists of nine scales, from which only two subscales (Anxiety and Depression scale) are administered in this study.

Pain: The Coloured Analogue Scale (CAS) is a non-verbal scale, meant to assess the intensity of pain. The participant is asked to place a plastic slide on a scale ranging from 0 to 100, where a score of 0 indicates ‘no pain at all’ and a score of 100 indicates ‘the most unbearable pain’.

Procedure: Participants received an intravenous injection weekly, for lab control e.g. thrombosis or diabetes. Each of these residents was approached and asked whether they were willing to participate in this study. They were also tested whether they understood the meaning of the Coloured Analogue Scale. If a resident was willing to participate he or she (or their legal representative) was asked to sign an informed consent. Immediately after a qualified employee of ATAL-Medical Diagnostic Centre administered the injection, the participant was asked to indicate the intensity of the experienced pain on the Coloured Analogue Scale. The different cognitive tests were administered within two weeks after the pain score was obtained.

Data Analysis: In order to analyze the relationship between acute pain perception and cognition, a linear regression was performed. Stepwise regressions were performed to analyze whether comorbidities, medication-usage and depression-scores also contributed to the explained variance of the acute pain perception. All analyses were executed by the SPSS-PC program, version 23.0, with a significance level of < 0.05.

Depression, anxiety and pain: In order to analyze whether the scores of the depression and anxiety scale, SCL-90, influenced the perception of acute pain, a standard hierarchical stepwise regression has been executed. The SCL-90 scores did not seem to contribute in explaining variance of the acute pain perception scores.

Comorbidities and pain: The variables hypertension, diabetes type 2, cardiac problems and peripheral white matter problems are predictors of (cardio) vascular problems. In order to analyze whether those variables influenced the perception of acute pain, a total score of those comorbidities was computed and a standard hierarchical stepwise regression has been executed. 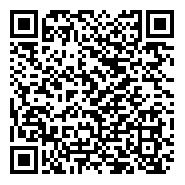