The abo blood group system was the first discovered human blood type in 1901 by Land Steiner. The ABO and Rh system is a clinically significant blood group system and extensively recognized in medical and anthropological studies, among 29 human blood group systems. The study aims to determine the frequency distribution of ABO and Rhesus (Rh) blood group system in all-region and provinces of Pakistan. According to this study, the sequence distribution of the ABO blood groups in the Pakistani population is B with frequency (33.37%), followed by O (33.14%), then A (33.99%), and AB (9.74%). The phenotypic frequency observed was 0.2399, 0.3337, 0.0974, and 0.3314 for blood groups A, B, AB, and O, respectively. While for Rh (D) positive and negative, it was 0.9063 and 0.0937, respectively. The study concluded that blood group B is most prevalent, while group AB is the least prevalent. Rh-positive is commonest while Rh-negative is the rarest blood group in Pakistan.

The blood group system of ABO was first discovered mechanism in human blood type in 1901 by Land Steiner (Garratty et al., 2000). Later, Landsteiner and Wiener found Rhesus (Rh) blood types in 1939 (Garratty et al., 2000; Mollison, 1994). The ABO system classifies blood into A, B, AB, and O. The blood group system for Rhesus (Rh) was established in 1941, with Rh-positive and Rh-negative streams on the surface of the red blood cells (RBCs) dependent on the frequency and absence of inherited antigenic substances such as proteins, carbs, glycoproteins and Glycolipids (Kondam et al., 2012). The ABO and Rh system is a clinically significant blood group-system among 29 human blood group systems, despite the discovery of numerous other markers such as microsatellites or groups (Amin-ud-Din et al., 2004; Armstrong et al., 2008; Begum et al., 2011; Hosoi, 2008). These are extensively recognized in medical and anthropological literature (A.u. Rehman et al., 2014). For safe blood transfusion and organ transplantation, ABO and Rh blood group systems are critical. Moreover, both systems are well known in population genetic research, population migration processes, investigation of decision-making forensic cases, and disputed paternity matters (Mondal et al., 2012; Pennap et al., 2011). Besides, blood groups are thought to be associated with different disorders such as salivary gland tumors, carcinoma, stomach carcinoma, thyroid disorders, small cell lung cancer, and cardiovascular disease (Cerny et al., 1992; Pinkston et al., 1996). The types of blood groups are hereditary. ABO blood groups are regulated by a single gene having three alleles found on chromosome 9. Rh blood group system inheritance is dependent on the existence of either R or r alleles (Shaheen et al., 2014). All human species have the same blood grouping system, with significant variations between frequencies' different incidence. The prevalence and frequency distribution of these blood groups among various cultures and races need to be understood. The occurrence of ABO and Rh blood groups among the Pakistani population indicates a marked variance, suggesting racial variations, ethnic as well as genetic differences of the Pakistani community (Hemalatha et al., 2015; Ilyas et al., 2013; Khattak et al., 2008).

The distribution of blood types across various ethnic groups and races varies worldwide (Sidhu et al., 1980). It may vary in different populations and from one region to another in the same country. The world population is split into several ethnic groups. It is considerable to which these groups vary in terms of solely hereditary characteristics. Blood groups may be used as an easy and effective technique for this purpose. The relative prevalence of blood groups O, A, B, and AB in Western Europe is 46%, 42%, 9%, and 3%, respectively (Guyton et al., 2000). The distribution of blood groups O, A, B, and AB in the United States is 45%, 41%, 10, and 4%, respectively (Hassan et al., 2010). Eastern Europe shows a higher blood group B percentage. Pure American Indians belong to group O, almost exclusively (Begum et al., 2011). Blood group B frequency in Central Asia is the highest (Hassan, 2010). In Britain, Rh-negative is most frequent (17%), followed by Caucasoid (15%) less common in American Blacks (5%), in African Blacks the ratio is (0%) and very rare in Asians (1%) (Mahmood et al., 2004).

Pakistan, officially the Islamic Republic of Pakistan, located in South Asia, is the world's fifth-most populous country with a population exceeding 220 million. It has the world's secondlargest Muslim population. Pakistani community comprises 97% Muslims while small non-muslims religious groups like Christians, Hindus, Sikhs, Qadianis, Parsis, and others 3%. Pakistan is an ethnically diverse population; among them, the largest ethnic group is Punjabi 44.15%, followed by Pakhtun or Pashtun 15.42%, Sindhi 14.1%, a transitional ethnic group between Punjabi and Sindhi making 10.53%, the Muhajir 7.51%, Balochi3.57%, and the other groups of northern areas make up roughly 4.66%of the total population. (Haruechaiyasak & Damrongrat, 2008). Previous research studies on the distribution of ABO blood groups studied only small regions or with few sample sizes. However, as to our knowledge, no study is made to analyze the distribution of ABO blood group system in all the areas of Pakistan. Therefore, this systematic analysis is the first attempt to examine the frequency distribution of Blood groups over 21 years span between 1999 to 2020. We attempted to quantify the frequency distribution and allelic frequency of ABO and Rh(D) blood groups in Pakistan from reported studies.

The literature search and research strategy was developed for the assessment of the ABO system distribution in Pakistan.

An online search for literature

Various search engines were used for this systematic review; this includes Google Scholar, PubMed, Science Direct, SciHub, Medscape, Web of Sciences, etc. The term and keywords searched to obtain the desired literature were Blood Group, Prevalence/Distribution/Frequency of the ABO blood group, Rhesus blood group system, and various Pakistan regions. The publication year for the literature search was restricted from January 1999 to September 2020. We expected the lack of apparent accuracy of the information, so no form of publication was prohibited. Conditions for the inclusion of studies are that:

1) Article must be written and published in the English language 2) Studied population must be Pakistani. 3) The published paper must be between 2001 to 2018. 4) Calculation of frequency distribution of ABO and rhesus blood group should be the core primary findings of the study. 5) Research article, review papers letter to the editor, and abstracts relevant to the distribution of ABO should be included.

Assessment of article and classification

We divided the state of Pakistan into six regions, which include four provinces of Khyber Pakhtunkhwa, Punjab, Sindh, Balochistan, and two autonomous territories of Azad Jammu and Kashmir and Gilgit Baltistan. Details are given in Table 1. For the analysis of national statistics, the number of individuals from various areas of the same blood groups was analyzed. The number of individuals from different regions with the same blood groups was added to explore the national data with the percentage frequency distribution of ABO blood group system in Pakistan.

For the allelic frequency estimation, hardy Weinberg quantitative genetics equilibrium was used (Dabholkar, 1999). The overall likelihood ratio was also estimated by this approach, supposing that the ABO system is represented by a single gene having three alleles named as A, B, and O; both A and B are autosomal-dominant over O, and both A and B are codominant. The expected phenotypic frequency was estimated based on the blood allelic frequency results. We conducted the Chi-square test to determine the genotype frequencies the independence goodness of fit for gene (Gupta, Gupta, & Sons, 2009).

Outcomes of the studies

Of all these 37 studies from all the six regions of Pakistan (Table 1), to assess the distribution and allelic frequency of each blood type total of 161893 individuals were used. The maximum number of studies from the most populated province/region of Pakistan Punjab has been published out of the total chosen studies, covering most of the population and the least number of studies published from Balochistan province (Table 2). Our investigation found that the overall frequency of Pakistan A, B, AB, and O blood groups was 23.99%, 33.37%, 33.14%, and 9.74%, respectively. The most common blood type in the Pakistani population is B with frequency (33.37%), followed by O (33.14%), then A (23.99%), and AB (9.74%). Among the total population, 90.63% were Rh (D) positive, while the rest of (9.37%) were Rh (D) negative (Figure 1). Allele frequency of A Allelic frequency of B

According to Hardy Weinberg equation

According to the Chi-square test for ABO and Rh (D), the goodness of fit was statistically not significant (p ≥ 0.5) (Table 3)

ABO and Rh (D) groups distribution with their allelic

frequencies on a regional basis in Pakistan

Our study divided the state of Pakistan into six regions, including four provinces of Khyber Pakhtunkhwa, Sindh, Punjab, Balochistan, and two autonomous territories of Gilgit Baltistan and Azad Kashmir; details of the regions and its population are given in Table.1. According to our calculated data, blood group B is more prevalent in Punjab (34.41%), followed by Gilgit (33.40%), then Kashmir (32.50%), and Khyber Pakhtunkhwa (31.65%). In comparison, the O blood group is most common in Sindh (36.68%) and Balochistan regions (35%), as described in figure no 2. Individuals with Rh-positive blood groups were dominant in Balochistan (94.75%) compare to the rest of the regions, (Figure 2).

Table 1. Six regions of Pakistan with number of districts and populations. 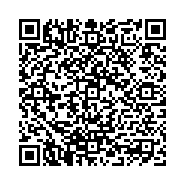