A Systematic review of Grisel's syndrome after otolaryngology procedures

Despite previous beliefs that postoperative head and neck procedures were the most common cause of NAAS, our findings reveal that infection is the most common cause, followed by otolaryngological operations. The diagnosis of NAAS should be based on a high index of suspicion, particularly in nonhigh risk populations. Neck discomfort and torticollis after a tonsillectomy are early indicators that should not be mistaken for the typical ‘‘post-tonsillectomy malaise and pain."

Deep neck space infections and the condition/state of the bony and ligamentous components of the cervical spine can both be assessed using computed tomography and magnetic resonance imaging. Inflammatory indicators are not limited to one type of inflammation.

The vast majority of the cases in this study responded favourably to conservative treatment, such as bedrest, muscle relaxants, cervical traction, and a soft or hard collar. Antibiotics with a broad spectrum of action should be taken as soon as possible to prevent infection from spreading.

The phrases Grisel's syndrome, spontaneous atlantoaxial subluxation, la maladie de Grisel, head, neck, ear, nose, and throat were used in a Medline search. A comprehensive review of both English and non-English literature was conducted. Adult and paediatric cases were covered in single case reports and case series. Papers that focused on other postoperative consequences of head and neck surgeries rather than Grisel' syndrome were removed.

Non-traumatic atlantoaxial subluxation is a rare but hazardous consequence that generally goes unrecognised in the early stages but can be a major source of morbidity and mortality after infection, head and neck operations, and/or other head and neck interventions. To avoid fatal outcomes, early detection of any cervical problems following regular otolaryngological surgeries, as well as early neurosurgical consultation, is required. When NAAS is detected early, the majority of patients perform well. 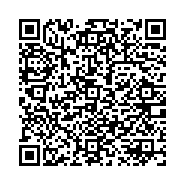