A small research article on: A comment on the mechanism of the life activity

It is known, always, that, the living kind life system is usually having the mechanisms process, for all of its activities, which are to act for the importance of survival direction. One of the main performance mechanisms of these processes, is that of concerning the effect of the magnetism, [by the action of the magnetic field], where it is usually associated by the electricity.

At the living kind systems, there are many practical Physio - biological and Physio - medical performing applications, which can be explained by the concerning of the magnetic and electric fields phenomenon, where, the application examples are as:

The Cloning Process: was done by the experiments of applying the action of the tiny electric current on a goat’s cell, [1]. The electric current in turn, leads to produce an action of a magnetic field. Where, it acts to create the life, [in the chromosomes of the living kind cell], that awake, all of the dormant gens in the cell, [which is as that, if the egg cell is immediately fertilized]. Accordingly, it is, then, performed to start to be active, exactly, similar to that performing of that were done in the first time of the fertilizing egg. Then this [fertilized] egg cell is to continue to produce the life of that living kind, as that from the beginning, with all genes were in active process.

The whole work of the process of DNA replication, is to show the mechanism of, how the genes, [of the DNA] are operating. Which will help in future improvement, when it will be dealing with the DNA performances, where, to include the action of the magnetic field

The Cancer Effect: It is, that, the cancer cells are produced by the certain kind of action of the DNA replication. Where, DNA telomeres are elongated, after they shortened, in each of the replications. Then, the result is that, the daughter telomere of the DNA is lengthening to be as that of the parental telomere. This is one of the main differences to that of the telomere in the somatic cells.

These observations suggest that longer telomeres would be more advantageous for cancer cells if telomerase-mediated telomere elongation is abrogated, [4].

For the lengthening of the telomere of the DNA, [in the cancer cells], then the divided cells are not going to die. The result will create a tumour in the effected tissue, where, this result, could lead to death of the living kind. For the treatment from cancer, it is applied many different methods, while, shows that, they are not exactly well effected to vanish the cancer performance.

From the attention matter, of the lengthening action of the telomere, of the DNA cancer cells], it is suggested that the practical method of cancer treatment, is to go on for a method of trying to have a result of shortening of the telomere in each replication of DNA, [of these cancer cells], in an aiming to approach a similar result as that of telomere action of the somatic cells.

There are some suggestion mechanism methods of shortening the telomere of the DNA molecule of the cancer cells:

A mechanism method of that: is by aiming to apply a magnetic field, [magnetisation action], on the exposing cancer cell tissue, [5]. This method could be performed by applying a certain amount and direction of the magnetisation, for the right and useful effect on the cancer cells. The main aim is to reduce the length of the telomere of the cancer cells, during the DNA replication process. Which is then, in tern, to produce daughter cells similar to those of the ordinary somatic cells

Where, accordingly, it is expected that, the new DNA, in the cells, will not having infinite replication. Where, then, there will be not a tumour formation. Therefore, the new cells, (daughters), of the, [previous], cancer cells, are being not cancerous in nature.

a) Telomere elongation by telomerase is repressed in cis by the telomeric protein TRF1. Tankyrase 1 inhibition in human cancer cells enhances telomere shortening by a telomerase inhibitor and hastens cell death, [6]. It implies that: both enzyme activity and accessibility to telomeres can be targets for telomerase inhibition.

b) The number of repeats at an individual telomere was reduced when hybrid proteins containing the Rap1p carboxyl terminus were targeted there by a hetero- logous DNA-binding domain, [7]

Also, another matter, which is:

The Cell death process, [of so called - The cell suicide] - the mechanism is to stopping the DNA from future replication, when the telomere is approaching a certain length, [critical length – number of pair pairs].Where, the work mechanism is that of the action under the influence of the electromagnetic effect. This is the result of the residual magnetisation, where its applicable effect is to shortening the telomere in every replication of the DNA molecule. 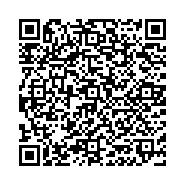