Virus-mediated activation of the adaptive immune response is largely dependent on adequate stimulation of an innate response link between innate and adaptive immune responses has been confirmed by studies using various live and killed viral preparations as immunogenic vaccines. Activation of the innate immune response using adjuvants is important to enhance the immunogenicity of vaccines Moreover, highly purified recombinant viral antigens, which do not activate innate immunity, are poor immunogens, However, it is difficult to generalize about the mechanisms. Innate immune stimulatory pathways, and there is a lack of selectivity of particular viral components for the activation mechanisms. Different viruses activate different components of the innate immune response. In addition, because some viruses use mechanisms of subverting the innate response, effects on adaptive immune stimulation will also be affected. The adaptive immune response is initiated when an immature dendritic cell ingests a pathogen component, such as a viral protein. This happens at the site of an infection and may occur simultaneously with innate immune stimulation of an immature dendritic cell. Dendritic cells' maturation ensues during their transport to a draining lymph node. The mature dendritic cell processes the antigenic peptide and displays it during the process of antigen presentation to T cells. Therefore, mature dendritic cells are often referred to as antigen-presenting cells (APCs). The presentation of the antigens on the surface of APCs occurs through loading onto class I or II molecules. When the T cell recognizes a presented antigen through interaction with its own T cell antigen receptor, the cell responds by clonal proliferation and differentiation into an effector T cell. The type of T cell response that is elicited is dependent on the MIAC molecule that is presenting the antigen.

The two main types of T cell are CD4+ and CD8+. Class I is responsible for stimulating CD8+ T cells whereas CD4+ T cells are activated by peptides presented on MHC class II molecules. In addition to the interaction that takes place between the molecules and the T cell antigen receptor, other molecules on the surface of APCs. These include co-stimulatory molecules, such as CD40, CD4+ T helper cells, which may be Th1 or Th2, induce CD8+ cytotoxic T cells and maturation of B cells to form clones of antibody- (immunoglobulin) producing plasma cells and they improve macrophage and neutrophil phagocytic function. Helper cells differ according to the cytokines that they secrete. Effective cell-mediated immunity against intracellular viral pathogens and for mounting of antibodymediated immunity cells differ in that their effects are mainly against extracellular pathogens through stimulating the production of IgM, IgG, and lgE subclasses of antibodies, and they are responsible for allergic responses. HIV-I infection occurs in CD4+ cells and leads to depletion Of the immunological helper cell function that ultimately leads to AIDS. Activation of CD8+cytotoxic T cells leads to their migration to a site of infection where they are capable of killing pathogen infected cells. Memory T and B cells remain after an infection has resolved. These memory cells do not contribute to the initial adaptive immune response, but they are responsible for maintaining memory for particular pathogens. When exposure occurs, memory T and B cells are activated more rapidly than lymphocytes. Consequently, a more effective immune response is mounted, which prevents establishment of a repeat infection. This secondary immune response, which is dependent on memory cells, underlies the use of vaccines to prevent infections. 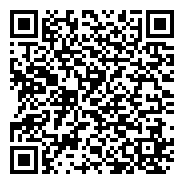