A review on ecological biochemistry and chemistry

Chemical ecology is the study of chemically-mediated interactions between living organisms, and the effects of those interactions on the demography, behavior and ultimately evolution of the organisms involved. It is thus a vast and highly interdisciplinary field. Chemical ecologists seek to identify the specific molecules (i.e. semi chemicals) that function as signals mediating community or ecosystem processes and to understand the evolution of these signals. The substances that serve in such roles are typically small, readily-diffusible organic molecules, but can also include larger molecules and small peptides.

In practice, chemical ecology relies extensively on chromatographic techniques, such as thin-layer chromatography, high performance liquid chromatography, and gas chromatography, to isolate and identify bioactive metabolites. To identify molecules with the sought-after activity, chemical ecologists often make use of bioassay-guided fractionation. Today, chemical ecologists also incorporate genetic and genomic techniques to understand the biosynthetic and signal transduction pathways underlying chemically- mediated interactions. The chemical ecology of plant-insect interaction is a significant subfield of chemical ecology. In particular, plants and insects are often involved in a chemical evolutionary arms race. As plants develop chemical defenses to herbivory, insects which feed on them evolve immunity to these poisons, and in some cases, repurpose these poisons for their own chemical defense against predators. For example, caterpillars of the monarch butterfly sequester cardenolide toxins from their milkweed host-plants and are able to use them as an anti-predator defense. Whereas most insects are killed by cardenolides, which are potent inhibitors of the Na+/K+- ATPase, monarchs have evolved resistance to the toxin over their long evolutionary history with milkweeds.

Other examples of sequestration include the tobacco hornworm Manduca sexta, which use nicotine sequestered from tobacco plants in predator defense; and the bella moth, which secretes a quinone-containing froth to deter predators obtained from feeding on Crotalaria plants as a caterpillar. Plant interactions with microorganisms are also mediated by chemistry. Both constitutive and induced secondary metabolites are involved in plant defense against pathogens and chemical signals are also important in the establishment and maintenance of resource mutualisms. For example, both rhizobia and mycorrhizae depend on chemical signals, such as strigolactones and flavonoids exuded from plant roots, in order to find a suitable host.

For microbes to gain access to the plant, they must be able to penetrate the layer of wax that forms a hydrophobic barrier on the plant's surface. Many plant-pathogenic microbes secrete enzymes that break down these cuticular waxes. Mutualistic microbes on the other hand may be granted access. For example, rhizobia secrete Nod factors that trigger the formation of an infection thread in receptive plants. The rhizobial symbionts can then travel through this infection thread to gain entrance to root cells. Plants communicate with each other through both airborne and below-ground chemical cues. For example, when damaged by an herbivore, many plants emit an altered bouquet of volatile organic compounds (VOCs). Various C6 fatty acids and alcohols (sometimes known as green leaf volatiles) are often emitted from damaged leaves, since they are break-down products of plant cell membranes. These compounds (familiar to many as the smell of freshly mown grass) can be perceived by neighboring plants where they may trigger the induction of plant defenses. It is debated to what extent this communication reflects a history of active selection due to mutual benefit as opposed to "eavesdropping" on cues unintentionally emitted by neighboring plants. 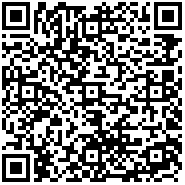