A Review of Unintended Child birth in Ethiopia: Magnitude and Contributing Factors

Background: Unintended pregnancy is a major social and public health problem in the globe and a major cause of unsafe abortion, underutilization of prenatal care and low birth weight. In Ethiopia, according to the national demographic and health survey (2016) report , about 23 % of total last pregnancy were unintended. Therefore this review aimed to document the magnitude and major factors contributing to untended pregnancy from several Ethiopian studies.

Methods: The reviewed articles were searched from electronic databases (PubMed, MEDLINE and Google Scholar) using key words or phrases such as ‘unintended pregnancy’, ‘unwanted pregnancy’, mistimed pregnancy ‘ Factors ’ and ‘Ethiopia’. The reviewed studies included all epidemiologic studies (descriptive and comparative cross-sectional, and national demographic and health survey reports) published between the years 2008 and 2018.

Result: The magnitude of untended pregnancy was ranged from 13.7% to 42.4% in Ethiopia. Socio-demographic factors (marital status, distance to the nearest health facility, Occupation, educational status, husband preference and religious prohibition, income and place of residence), maternal/obstetric factors (maternal age, ever utilizations of any types of contraceptive methods, having child before and number of children, having history of abortion or still birth, ante natal visit, awareness of contraceptive) are the major contributing factors identified for unintended pregnancy in Ethiopia.

Conclusion and recommendation: The study found high prevalence of unintended childbirth in the country associated to various socio-demographic, maternal and obstetric contributing factors. Therefore there is a need for evidence based targeted interventions to increase access and use of modern contraceptive services and create awareness for the public is recommended.

Pregnancy intention (woman’s desire at the time of conception) has an impact on the health and wellbeing of the mother, baby, and family at large. Unintended pregnancy has a major social and public health impact in both developing and developed countries. It is one contributing factor for unsafe abortion in most developing countries [1]. It affects women children and the societies as a whole. The adverse outcomes include a high likelihood of unsafe abortion, late initiation and underutilization of prenatal care, and of low birth weight.

Globally about 40% of pregnancies were unintended in 2012. From these 50% were ended with abortion. Although several strategies were developed on the issue, many women in developing countries particularly in sub-Saharan Africa are suffering from unintended pregnancy and unsafe abortion. Unintended pregnancy has become a public concern and is capturing a great deal of attention in Africa because of its high prevalence rate in the continent. In Sub-Saharan Africa, it is estimated that 14 million unintended pregnancies occur every year, with almost half occurring among women aged 15-24 years. This goes together with a low contraceptive prevalence rate in the less developed countries when compared with developed countries. In Ethiopia, according to the EDHS-2016 report, about 23 % of total last pregnancy was unintended (17% and 8% were unwanted and mistimed pregnancy respectively).

Similarly a recent study in Southeast Nigeria reported age at marriage, level of education, place of residence, and use of contraception were predictors of unintended pregnancy with 43.8% prevalence of an unintended pregnancy. The prevalence of unplanned pregnancy was 71% in South Africa. Younger age, single marital status, high parity, history of abortion. and having five to seven children, age less than 21 years, not married were reported as associated factors for unplanned pregnancy.

As evidence shows trend of teenage pregnancy decreased in East Africa, plateaued in West Africa and slightly increased in Southern Africa between 1992 and 2011. Teenage pregnancy was associated with family disruption, female unemployment and community poverty.

As we tried to understand from the literatures multiple factors can predict unintended pregnancy. Several studies outlined the factors contributing to unintended pregnancy related to sociodemographic, socioeconomic, sociocultural, fertility, contraceptive and access related factors depending on the countries development status. This review will provide evidence to policymakers and health planner on the magnitude and contributing factors of unintended pregnancy to design policies and strategies that can help couples to have their desired number of children without facing unnecessary threats to their health. Furthermore, this review will suggest the need to conduct more strong studies in future to assess the available cost-effective interventions for reducing unintended child birth and to improve women’s and children’s health in the country [5].

A review of literature was conducted by retrieving articles from various databases on factors contributing to unintended child birth in Ethiopia during March 2019. We searched electronic databases (PubMed, MEDLINE and Google Scholar) using key words or phrases such as ‘Unintended pregnancy’, ‘Unwanted pregnancy’, Mistimed pregnancy ‘Determinant factors ’ and ‘Ethiopia’. The Boolean logic (AND, OR) search technique was also used. The reviewed studies included cross-sectional studies and national demographic and health survey reports.

All epidemiologic studies (descriptive and comparative cross-sectional) published between in the years from January 1, 2008 to December 30, 2018 (in the last seven years) were included in this review. Only published and English language literatures were included. Initially, titles and abstracts of the articles were assessed for relevance. Then the full papers of relevant articles were reviewed. Articles without full paper and those published before 2008 were excluded from the review.

The findings from published studies on unintended pregnancy were pooled together to develop tables that guided for discussion. The results and conclusions of previous studies were compared, contrasted and integrated to arrive at conclusions and recommendations in relation to the objectives of this review.

To maintain the quality of the data, only those studies which met the inclusion criteria were reviewed. The quality, relevance and application of the studies were evaluated by experts in the field. A total of 18344 participants were recruited and involved in the 17 included quantitative studies. The least number of participants in a study was 165 women and the largest consisted of 7759 participants.

Magnitude of unintended pregnancy in Ethiopia

Several studies conducted at Oromiya Region, Bale Zone, Addis ababa, Hawassa, East Ethiopia reported that the prevalence of unintended pregnancy was 27.1 %, 13.7%, 37.3%, 39.6%, 33.7% respectively. In addition cross-sectional studies carried out in Arsi Negele and wolkayit woredas revealed 41.5% and 26% of unintended pregnancy respectively. Out of 713 women surveyed 302 (42.4 %) reported unintended births in Damot Gale District, Southern Ethiopia. Prevalence of unplanned pregnancy was 35.2% of which the majority of the them were miss timed followed by husbands influence in North Shewa Ethiopia.

Magnitude of mistimed and un-wanted pregnancy

Several studies identified different factors contributing to unintended pregnancy in different countries, some of the factors have similarities but some others have differences depending on the socio-cultural and economic deference’s of regions.

Most of the studies in Ethiopia revealed that single, divorced/widowed marital status were contributing factors for unintended pregnancy. Similarly educational status, occupation, marital status was mentioned as significant factors for unintended pregnancy. Odds of unplanned pregnancy among illiterate was 4.6 times more likely than unplanned pregnancy compared diploma and above. Another evidence also showed that the burden of unintended births in Ethiopia falls more heavily on young, unmarried, higher wealth, and ethnic majority women and those with less than secondary education and with large household size. Similar study revealed that 35 and above age group, single marital status, were significant factors associated with unintended child birth in Ethiopia.

The major reasons mentioned for unintended pregnancy were lack of knowledge, disapproval by husband, difficulty to get contraceptive method and contraceptive failure.

Table 1: Summary of Factors contributing to unintended pregnancy in Ethiopia

Different studies in Africa found several socio-demographic, economic and cultural factors as predictors for unintended pregnancy. Similarly several studies in Ethiopia identified socio-demographic, maternal and obstetric as well as contraceptive related contributing factors for unintended births in the country. Single, divorced/widowed marital status, urban residence, having more than 2 children, being formerly married and never married, distance to the nearest health facility were some of the socio-demographic factors mentioned as determinants of unintended childbirth in Ethiopia. While maternal factors like age at pregnancy, history of abortion, sex workers, drug users, women with no access/exposure to mass-media, women’s education, history of stillbirth, having no awareness of contraception, gravidity >5, 1-2 parity, and partner disagreement on desired number of children were found to be factors for unintended pregnancy in Ethiopia. Similar findings were reported in other African countries.

Women with unintended pregnancy were less likely to receive ANC as compared to their counterparts. This is in line with a systematic review finding of reduced use of prenatal health care services among women experienced unintended pregnancy. Similarly in India mothers reporting unwanted or mistimed births were received inadequate prenatal care and more likely to receive inadequate childhood vaccinations and higher risk of neonatal and infant mortality.

A study showed that the burden of unintended births in Ethiopia was related to women’s educational status and household size. Similar findings were reported in sub-Saharan Africa and Nigeria. A review in Africa associate unintended pregnancy in teenagers with family disruption, community-levels of female unemployment and community poverty in Southern, East and West Africa. Similarly females who are unemployed, engaged in prostitution and women who are living away from their husband are at higher risk of unintended pregnancy.

In conclusion our review found that the magnitude of unintended pregnancy in Ethiopia is relatively high with a median prevalence of 31.96% which suggests the need to put efforts to alleviate the problem through developing evidence based intervention. Therefore increasing women’s empowerment, education and creating awareness about family planning services, consequences or adverse outcomes of unintended pregnancy to women in particular and community in general are important measures recommended to prevent unintended child birth in Ethiopia. 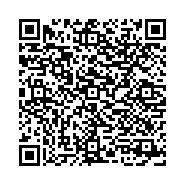